In a letter to the speaker of the Oregon House, Tina Kotek, and senate president, Peter Courtney, Gov. Brown announced her proposed budget veto plans on Sept. 14. 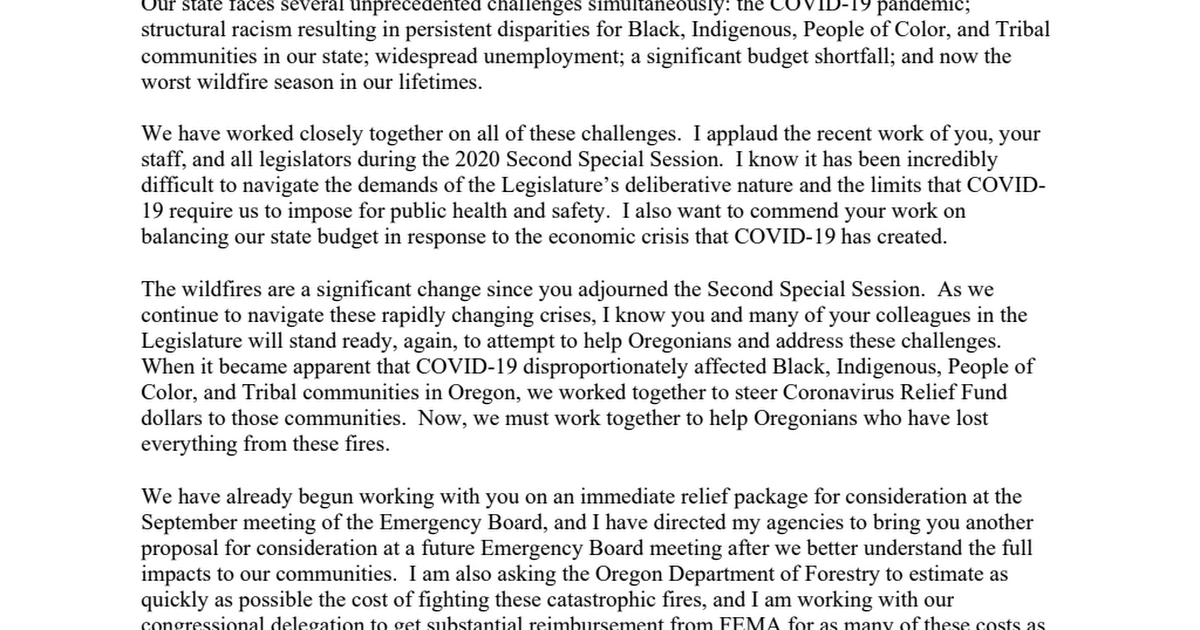 The specific budget line veto items came down Saturday in a separate letter from Gov. Brown to the secretary of state, Bev Clarno.

Since the wildfires have significantly affected the state and its' resources, Brown said she is quickly working to navigate these multiple crises.

One of the first actions she is taking will help mitigate the suffering and loss for Oregonians who lost everything in the fires.

RELATED: How do I vote if I've been evacuated or lost my house in a wildfire?

By allocating necessary money and resources to specific agencies assisting with fighting fires and wildfire management in Oregon, Brown says it will immediately help those who need it most. Brown is also working to get reimbursement from FEMA for additional wildfire costs and resources Oregon communities need at this time.

For a map of actively burning fires in Oregon visit the state's hotspots dashboard.