Beaverton’s Sunshine Pantry teams up with the KGW Great Toy Drive to bring gifts to area children again this year, relying on donations from the community. 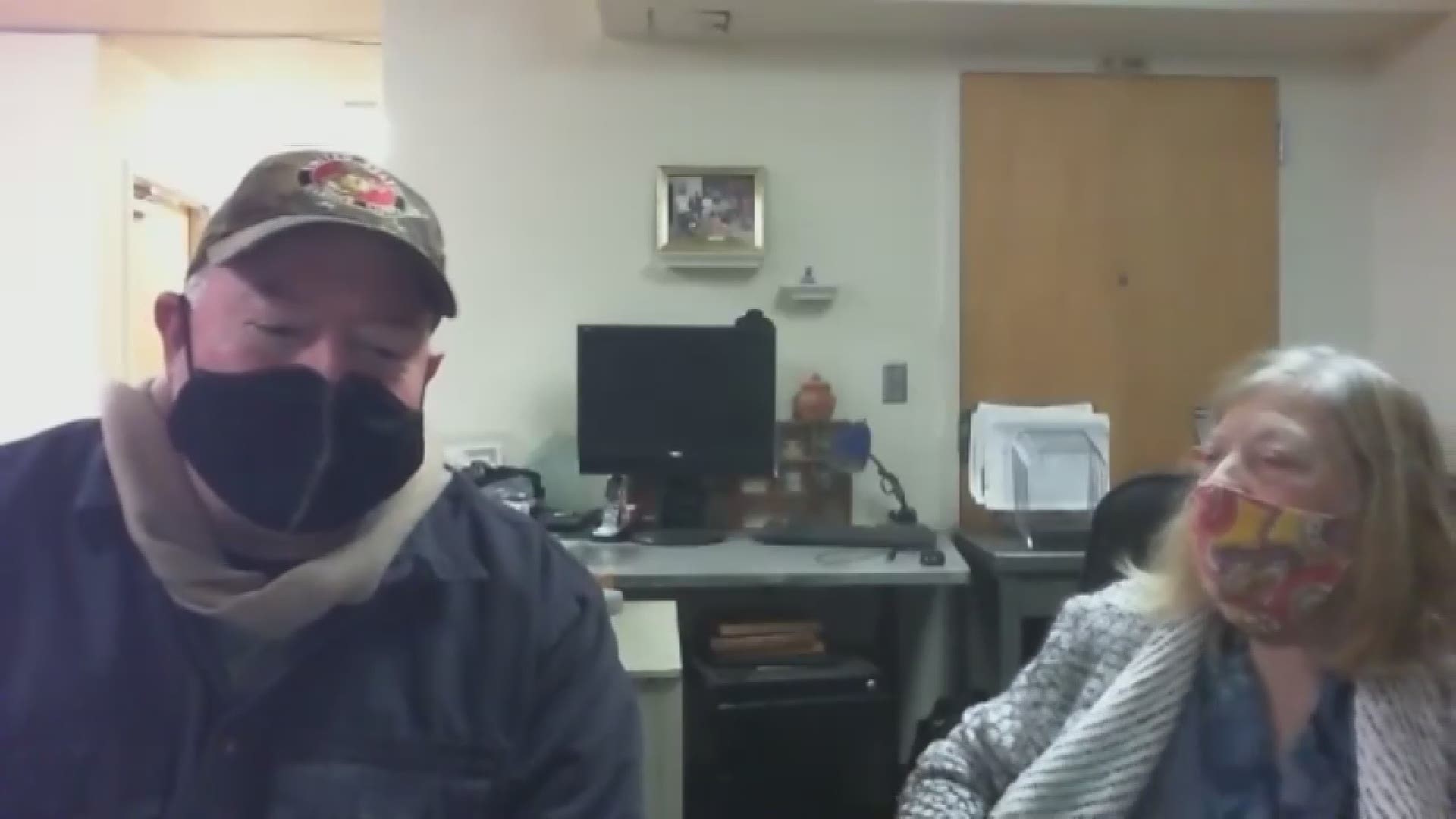 BEAVERTON, Ore. — “The basic need of food is something that we definitely cannot ignore,” Jarred Mannis said.

For the past 36 years, Sharon Straus and her family have confronted that need head-on at the Sunshine Pantry food bank in Beaverton.

“We are connected. We are a village. Those things have a ripple effect, but we've got to take it seriously,” her son Jared Mannis said.

Their family runs the pantry, which feeds more than 500 local families every month. They’re a large operation that Washington County residents have come to rely on but it did not start with warehouses of food.

“She started it out of a two-car garage and there were Boy Scout families that were in need and she did it, usually, for the most part during the holidays,” Mannis said.

For the next nearly four decades, their operation continued to grow because it had to.

“She realized that after a few years the need in this area was year-round,” Mannis said. “And slowly but surely she increased the capacity in her two-car garage from a few refrigerators to 21 refrigerators and three aisles and no cars.”

Over the years they expanded past their own neighborhood and into bigger and bigger buildings, trying to keep up with the needs of their community.

“We then moved again to another warehouse and then from the economic downturn from 2008 to 2013 we were really the main food back for Beaverton/Washington County,” Mannis said.

Mannis and Straus have seen trying times before, but 2020 has brought on a whole new level of suffering.

“But this is something definitely something that I think that the community needs to really realize – we've never had it like this. The experiences as a food bank to this degree,” Mannis said. “What I've noticed more so than anything is just, despair.”

It's been tough, not only have the lines for food grown, but they've had to adapt how they operate because of COVID-19.

“The change, the drastic change, was substantial and really overwhelming because it wasn't just the increase in the numbers, but how we operate,” Mannis said.

With Christmas fast approaching they know more families than ever will need them for some holiday magic. With toys donated to the KGW Great Toy Drive, they'll be able to offer their wishes and gifts program again this year.

“These families are so delighted to have something to give their child for Christmas,” Straus said. “And with us, it's such a fun thing to be able to see the families and see how they're going to have a wonderful holiday that they didn't think that they would ever have.”

Straus says the donations to their Wishes and Gifts program through the KGW Great Toy Drive are much more than gifts, it starts a ripple effect of belonging, love, and community.

“With your help, this is what we do with the families to help them feel good about themselves,” Straus said.

“The payoff is what you see in the faces and experiences and how you lifted those people,” Mannis said. “The greatest experience in the world is helping someone for a short period of time through the Wishes and Gifts program and them coming back in January with a business card, because they're re-employed.”

This holiday season Mannis challenges all of us to step up in our communities, to make a difference in any way we can.

“In the five to fifteen-mile radius around the Sunshine Pantry Food Bank, we can make a difference with our kindness and compassion and our life. We can do that,” Mannis said. “The impact is insurmountable if we can all give just a little bit.”

Donate to the KGW Great Toy Drive now at kgwtoys.com.