This is the 4th year Downtown Clean and Safe has hired a bird abatement company to drive away crows. 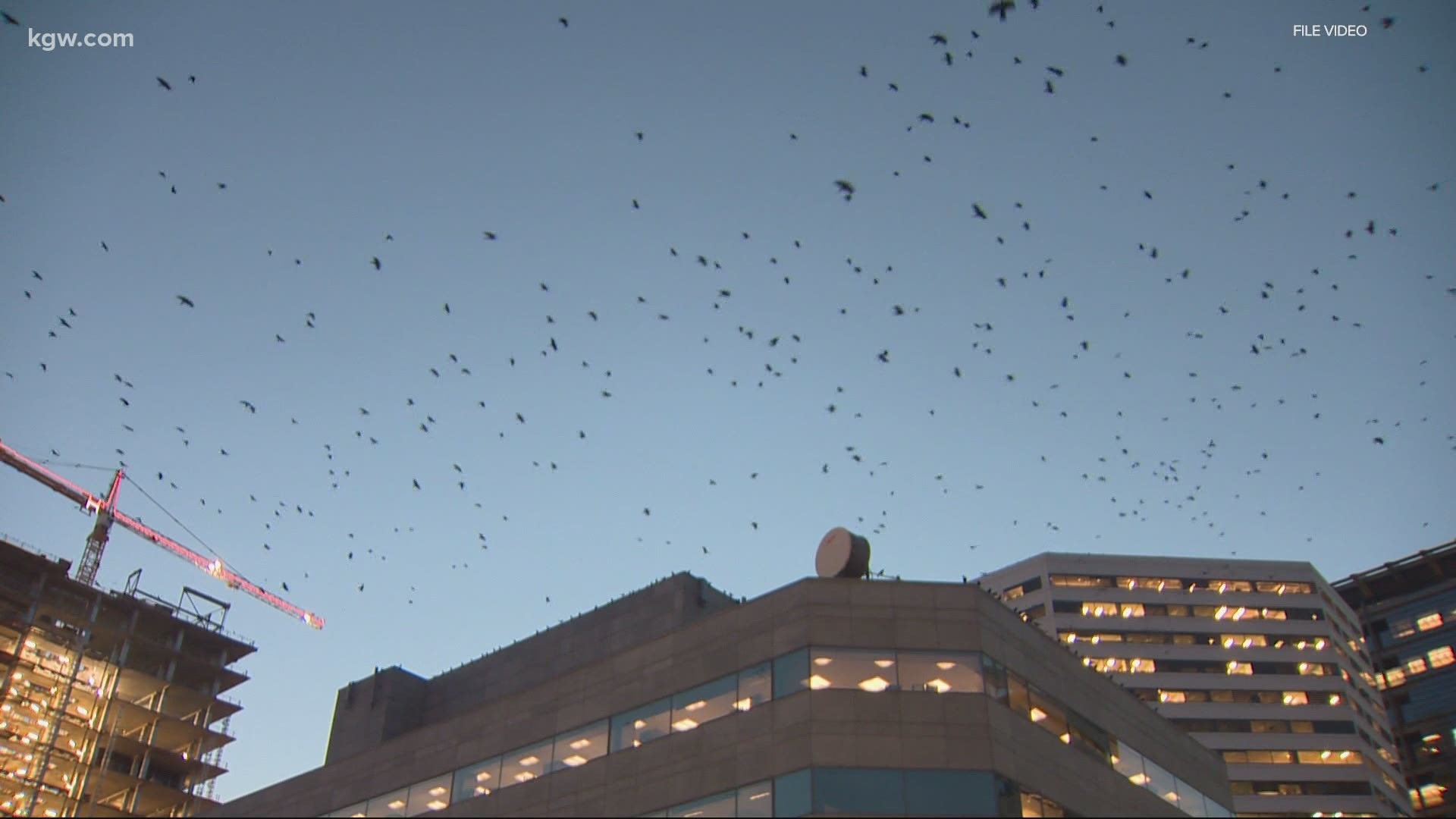 PORTLAND, Ore. — Thousands of black crows fill the trees in downtown Portland at dusk. They roost for the night and over the last 4 years, the number of crows downtown has grown exponentially.

"Up to approximately 15 thousand crows that come to our downtown to roost," said Kort Clayton, owner of Integrated Avian Solutions. "It's a pretty big number."

For the next 7 months, Clayton's crow patrol will use hawks and falcons to chase away the crows from the downtown corridor of businesses.

"They'll move from wherever we want them to move from, but they'll try to come back, they'll do that repeatedly throughout the night and subsequent weeks, but over time and it doesn't take long," Clayton says, "A few weeks to a month and they start to understand they're being chronically evicted from certain areas and they figure out where those spots are and they find other places where we don't bother them and that's where they stay."

Downtown Portland Clean and Safe has Integrated Avian Solutions handle the abatement program to keep the streets clear of bird poop that thousands of birds drop if left alone.

RELATED: 'It's like there's thousands of them': Crows return to downtown Portland

"With so many people living on the streets, it's a health issue for one thing," says Maureen Fisher, Downtown Portland Clean and Safe's executive director, "but property owners and those who are very interested in making sure Portland looks clean and healthy and safe want to make sure shopping is easy and you don't have to step over all the mess."

Fisher says without the hawks, the bird poop problem was much worse, "From what I understand, our downtown Portland streets looked a lot like it had snowed recently, there were real problems with the crows."

Clayton's hawks will spend a few hours each night driving out the crows to the outer edges of the downtown core.

"They will sit in the trees all night and they will leave droppings all over the street and all over the sidewalks and all over benches and any downtown infrastructure," Clayton said, "I've had people tell me they used to walk around with umbrellas because it's so bad. No one wants to get crow poop on their head."