More than 20 food carts will open July 24 near the intersection of Burnside and Broadway in downtown. 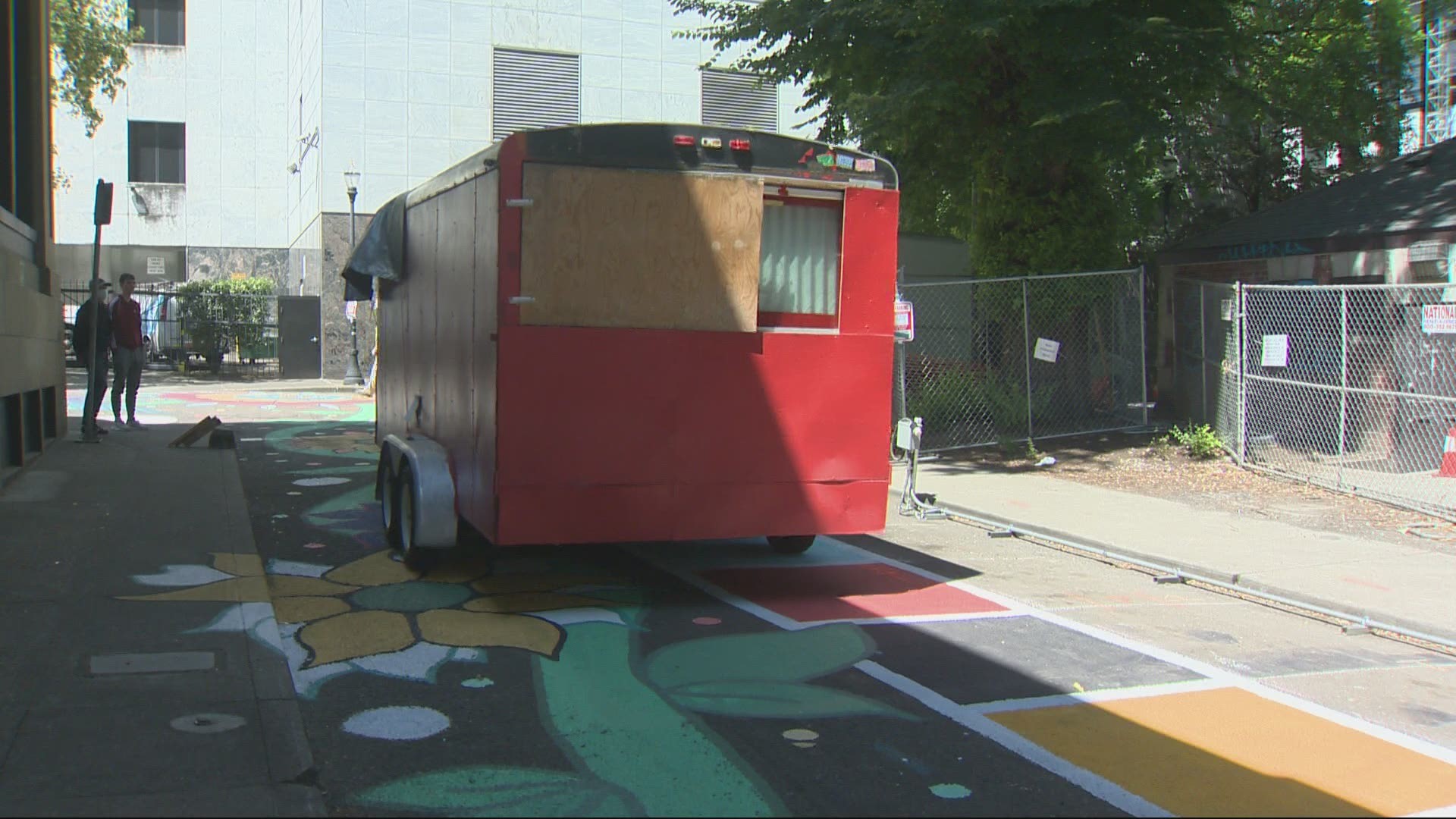 The first of more than 20 food carts rolled into their new home near the intersection of West Burnside Street and Southwest Broadway.

"Right now it's hitting me it's here," food cart owner Fernando Rodriguez said. "We're doing it so everyone should come."

What is exciting for Rodriguez is a bit challenging for Keith Jones, the man tasked with overseeing the move.

"It's like an advanced Tetris puzzle that has different — no standard shapes at all, so you don't know what you'll get at all," Jones said.

The food carts may come in different shapes and sizes, but they all have the same back story. They are some of the more than 50 food carts that were booted from a pod at Southwest 10th and Alder. A tower that will house a Ritz-Carlton Hotel is replacing the pod.

Credit: Mike Benner, KGW staff
A Ritz Carlton Hotel will be in the tall tower being built at SW 10th and Alder.

"When they asked us to leave, we're like, 'What do we do now?'" Rodriguez said. "We were supposed to open three months later but it became two years."

Rodriguez is ready to put the past behind him.

The new food cart pod at Burnside and Broadway is slated to open July 24 as part of the city's grand reopening celebration.

"We're just excited," he said. "Happy the city is helping us get here. I'm thankful for everything."