Doctors warn athletes, active people not to return to exercise too soon after COVID-19 infection

Doctors are growing more concerned about heart problems in active people and athletes once they've had COVID-19 - no matter how fit they are. 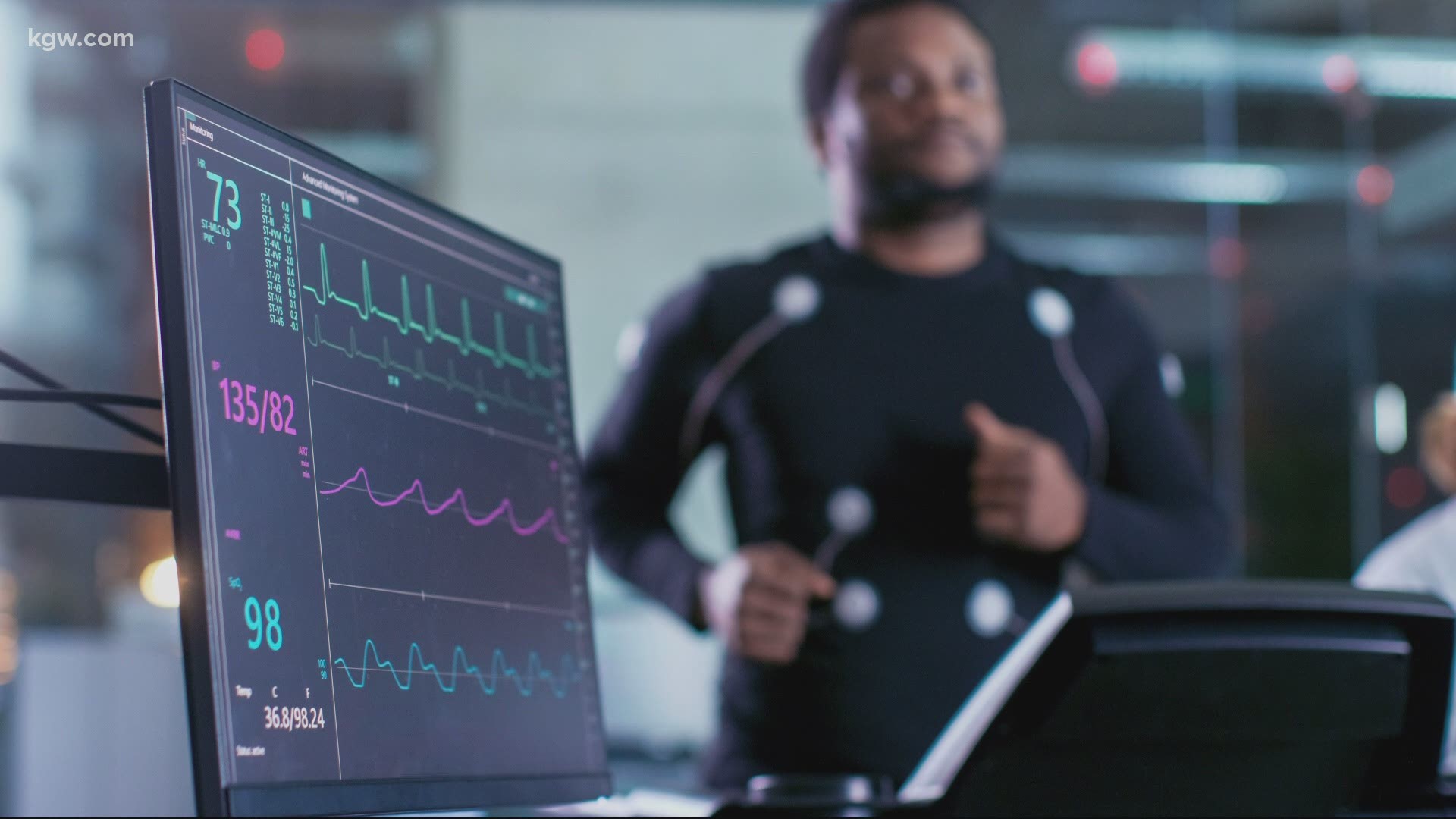 PORTLAND, Oregon — Thinking she was getting over an exhausting bout of COVID-19, Lee Vandegrift tried doing more.

"I've been forced not to run since early March and obviously and I missed it. I tried to get back into that, back into work. I was really having a hard time, I was still really tired," Vandegrift said.

The previously healthy 44-year-old over-did it, worsening her symptoms and wiping her out again.

Doctors are growing more concerned about heart problems in active people and athletes once they've had COVID-19 - no matter how fit they are.

Researchers say even active people who had a mild or moderate case of COVID-19 and recover after a couple weeks need to take it easy.

Researchers and physicians now recommend waiting at least ten days after your symptoms go away before easing into exercise again. They advise starting with about 10 to 15 minutes of slower-paced activity.

"It's really this gradual slow return back to activity," Brown said. "It's roughly three weeks before you're back up to your level of prior activity so it can feel pretty defeating for people who are pretty active."

Dr. Brown says COVID can damage your heart - potentially long-term - even if you had a moderate case. She cites research showing about 7% of patients who weren't hospitalized develop some type of cardiac problem.

"The recommendation is to do some additional cardiac screening for them. So that includes some blood tests, ultrasounds of your heart, an EKG to look and see what rhythm of the heart is."

There's a risk of myocarditis, which is inflammation in the heart muscle. It can lead to long term scarring and weakening of the heart.

"If that's the situation we have to shut somebody down for a minimum of three to six months," Dr. Brown added.

Experts believe your risk goes up if you exercise while sick.

They also worry about arrhythmia, which is an irregular heartbeat. That can usually be picked up by an EKG. But Brown says physicians are most fearful about people developing fatal arrhythmias.

"Trying to push and get through and go faster is not the answer to be safe and continue to do the activity that they want to do and that they enjoy," she added.

Dr. Brown says it's hard to interpret the small studies on athletes who had COVID-19 and difficult to know what to do with that information. But scientists and medical experts are learning something new every day.

"Are we putting people at risk? What is our plan moving forward with this? How significant is it? What other information do we have? We’re still lacking a lot of information right now on this virus and what it means for these populations so it's really tough."

As for Vandegrift, she was finally able to start running again nine months after first getting sick.

"I have what we call 'relapse days' where I have a day of brain fog again, usually from overexertion, doing too much. So I've also learned how to pace myself," Vandegrift told KGW.