The bone was found during a 12-day dig at a University of Oregon dig site near Mitchell, Ore. 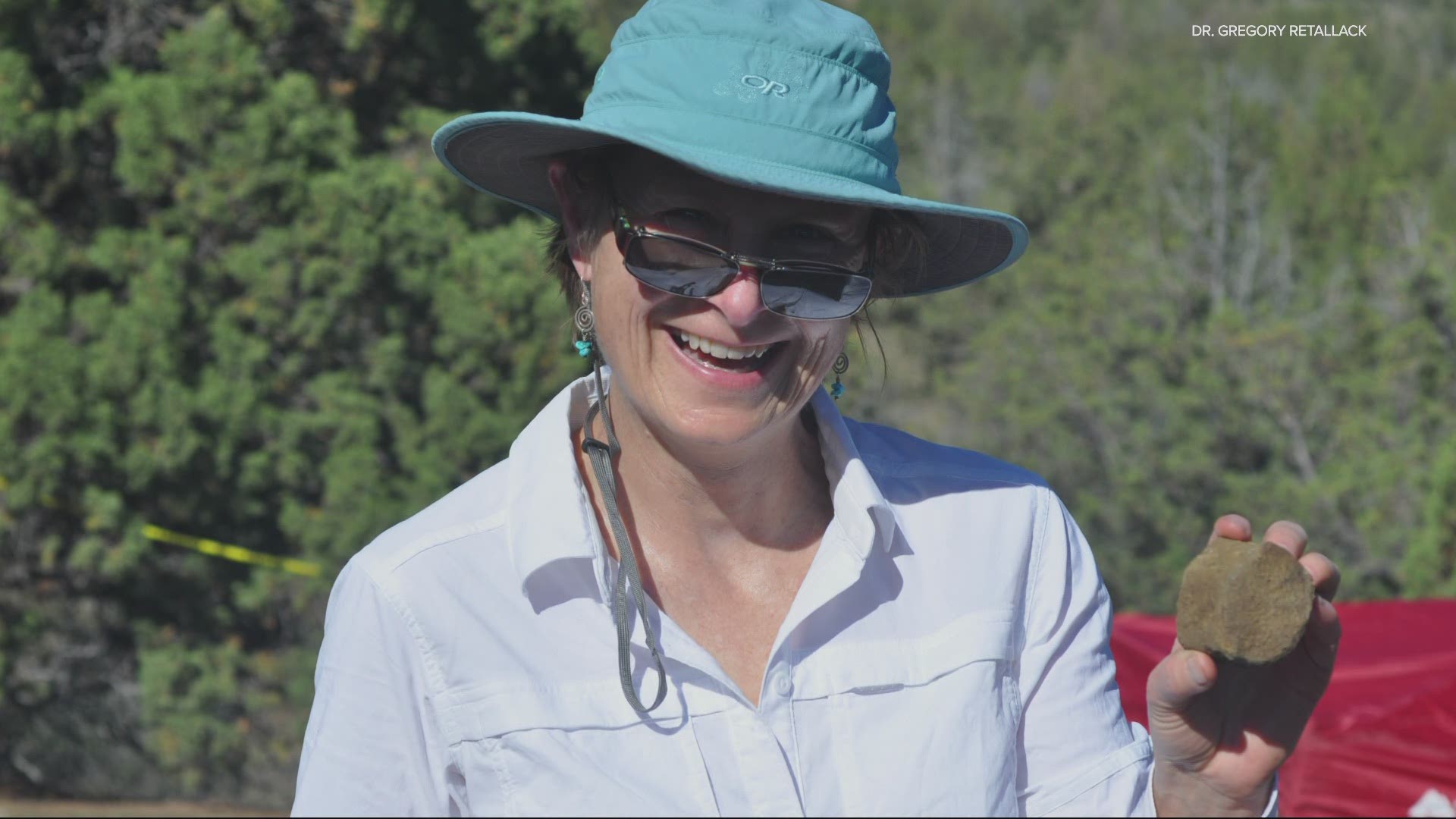 MITCHELL, Ore. — Dinosaurs roamed the earth hundreds of millions of years ago, but their bones aren't commonly found in Oregon. The reason? Well, the state was covered in water for most of the dinosaur ages. In fact, the first dinosaur bone found in Oregon was only discovered about six years ago.

Last year, more bone fragments were found while digging through loose rock near the town of Mitchell in Central Oregon.

Gregory Carr, an amateur paleontologist with the North America Research Group, contacted University of Oregon professor Dr. Gregory Retallack about heading back to that site to continue digging.

The most recent dig lasted 12 days, starting on June 15.

"We found quite a few bones. We found the first big bone that was not broken on the second day, the 17th," Gregory Carr said.

That bone is from the foot of some kind of ornithopod.

"They're herbivorous dinosaurs that are pretty big. This one would've been about 5 meters and about 1,500 pounds in weight," Dr. Retallack said. "It would've been a pretty big animal in weight. Herbivorous, not one of the scary ones that kids like so much."

The bone was found by Christine Broz, the mom of a University of Oregon scientist helping her son dig.

"We were asked to kind of clear down this one area next to where they had been finding some other things," Broz said. "And I just saw something that looked different from all the other rocks that I had been seeing and the texture looked different and the shape looked symmetrical."

She asked Dr. Retallack if what she found was a dinosaur fossil and was told yes.

"It was surprising, and I didn't really understand the impact of it in the beginning. And they kept saying this is a really big deal. They were really thrilled to have this found on this site," Broz said.

To the untrained eye, the bone looks like a rock. What makes it stand out are certain characteristics that Retallack looks for.

"Slightly chipped here," Dr. Retallack said, pointing at the bone. "And in there you can see that spongy bone texture, that texture that you get in the 'T' of a T-bone steak, that's really the characteristic that it's bone instead of rock."

Through the 12-day dig, the team recovered 30 other bone fragments.

"We may just have a dinosaur foot floating around here," Carr said. "It may be more than that, we may have pieces of backbones and stuff."

Being that they're fragmentary, they'll take awhile to prep and reassemble if possible to determine how many bones they actually represent.

The larger bone that Broz found still doesn't tell Dr. Retallack what dinosaur it came from. For that identifier, he says he needs more specific bones.

"We'd like to be able to name this ornithopod, but in order for that we need a tooth or some diagnostic piece. We've just started looking at the material and started seeing what it means."