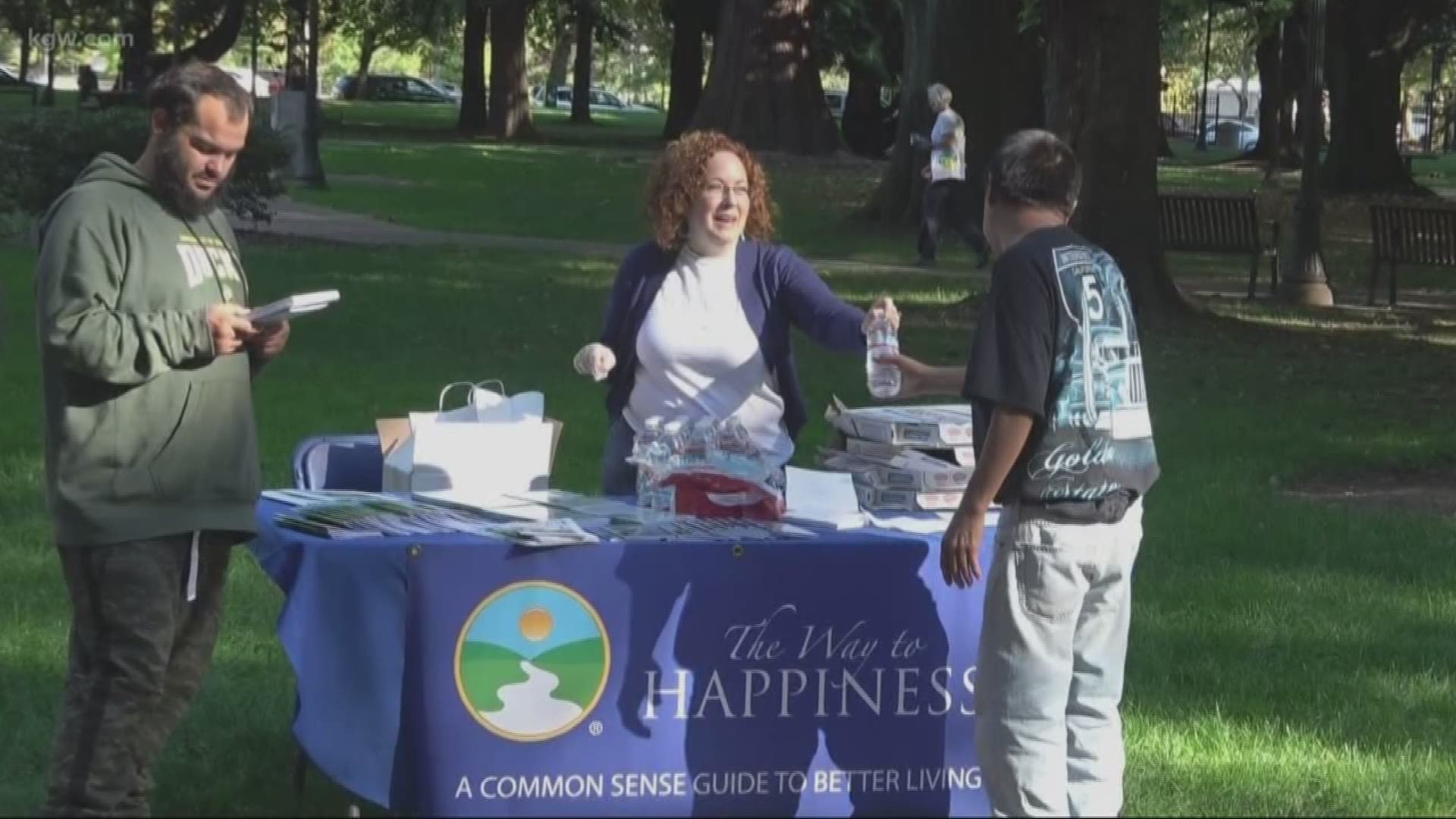 PORTLAND, Ore. — Neighbors and police are unified in their message at Holladay Park: enough is enough. After seeing multiple incidents of violence in the park, they created the "Holladay Park Safety Plan” and numbers show it is working to decrease violence.

It is a beautiful space in the middle of the Lloyd neighborhood, but the park has not always felt safe for the people who live there.

Taylor said the partnership between neighbors and Portland police continues to make a huge difference.

“Doing it as a community, making sure that as a community we feel empowered, not to be victims or to feel like our neighborhood is a victim, but to truly step in and say what are we going to do,” he said.

Part of the solution is simple: more events in the park. Last week, for example, someone hosted a free pizza party to get to know neighbors and give people a chance to talk to officers. On Saturday, Portland Parks and Recreation hosted a tree planting event in the park.

“And it really is common sense, which doesn't seem that common anymore. If you can fill this area with people who are wanting to act and react positively, then you're going to see those moments of violence, those moments of things just happening that seem out of your control, they're not going to be as prominent because you're filling it with something else,” Taylor said.

The numbers show their efforts are working. Between May and August of 2019, Portland police said there was a 44% decrease in thefts, a 34% decrease in assaults, and a 30% decrease in disturbances compared to the same time last year. Police said calls for service went down significantly as well.

Taylor said neighbors and police will continue to meet regularly to make sure these numbers keep going down.

“For us, we can't go back,” Taylor said. “We don't like what back there was in this atmosphere and we love the park, we love that the park is part of our neighborhood and we really are a neighborhood on the rise in Lloyd.”