Closed restaurants focus on the future, hoping to reopen

KGW has shared many stories about restaurants that are making it work during the pandemic. But many coffee shops and diners have remained closed. 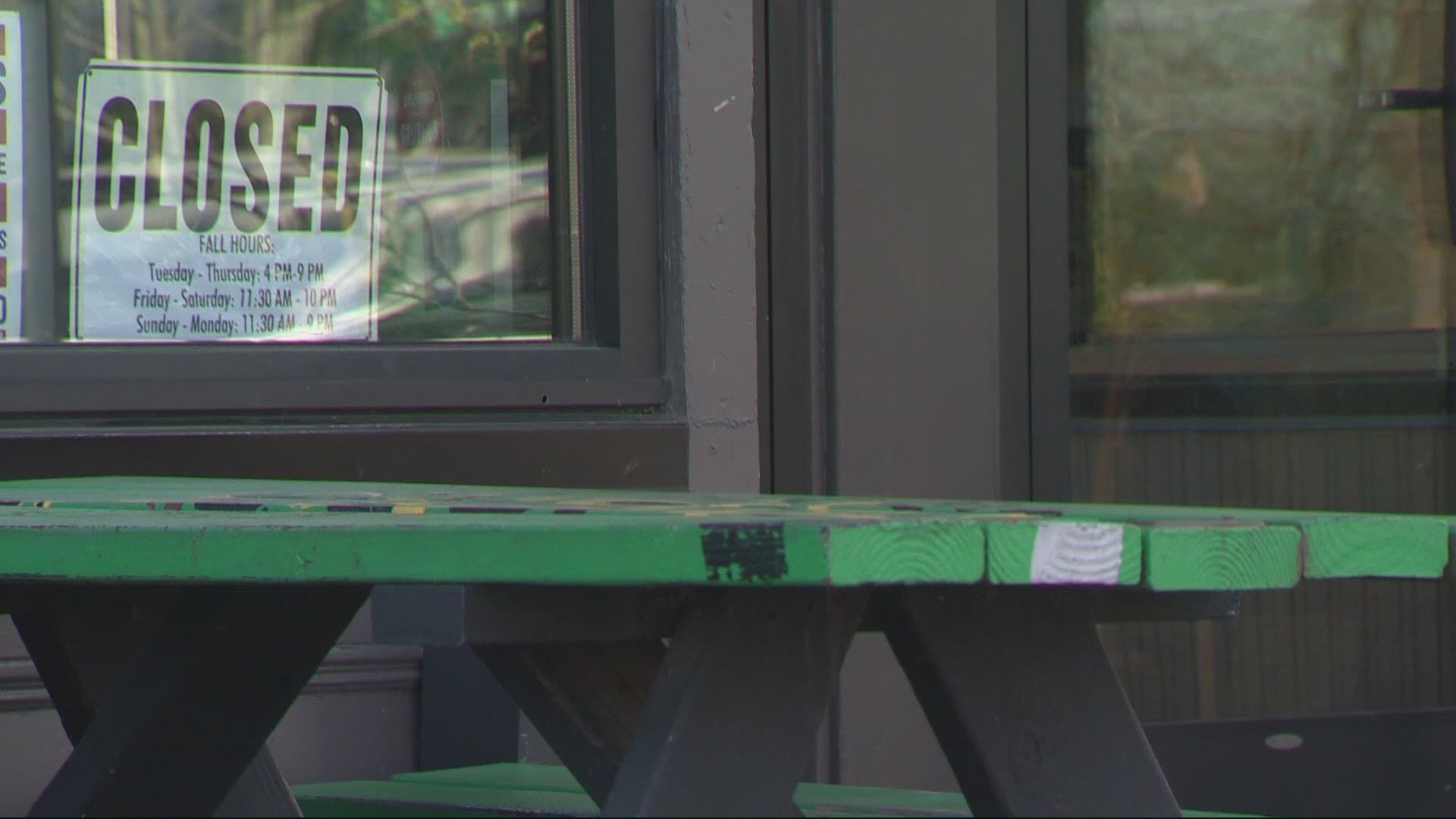 PORTLAND, Ore. — Two of the first restaurants featured on KGW after the pandemic took hold remain closed, one year later. While many restaurants have reopened, others have chosen or felt obligated to keep their doors locked for business or health reasons.

“I think it has been an absolutely crazy year,” said Joel Stenberg, who owns Green Bridge Coffee in Northeast Portland's Lloyd District. He closed his doors in March 2020 and has yet to reopen.

“We're on the first floor of an office building, so we've got to wait for the people to come back before we have customers again.”

And then there’s the Oregon Public House in Northeast Portland. The nonprofit “philanthro-pub” closed in March 2020. They reopened over the summer, then closed again after the holidays and have remained closed all winter.

RELATED: 'This virus is still very much alive': Clackamas County woman with COVID warns people not to let their guards down

Saari said he hopes that once their Paycheck Protection Program loan is secured, they can reopen again in a few weeks for outdoor dining and take-out orders.

“All of this has been a balance of not just the business side but also the risk side,” said Saari. “How much do we want to put anybody — not just our staff, but customers — [at risk], encouraging people to come together.”

Like the Oregon Public House, Green Bridge Coffee donates a percentage of each sale to local nonprofits. In that sense, Stenberg was thrilled when that generosity came back to him. In April 2020, he was hired to brew and deliver coffee twice a day to temporary homeless shelters in Multnomah County. He's also working on a new coffee subscription program to drum up business by mail. He’s most looking forward to the day he can serve customers again, face-to-face.

“Call us weird but we love interaction with people!” said Stenberg. “But I hope we can all remember that the people behind the counter, we just had the roughest year of our life.”

Saari hopes to be serving customers indoors again by May. And this spring, the unknown is actually something he's looking forward to.

“This rebirth of people going out, being together, celebrating, dancing — I'm ready for that next season,” said Saari. “We're close. I think we're close.”