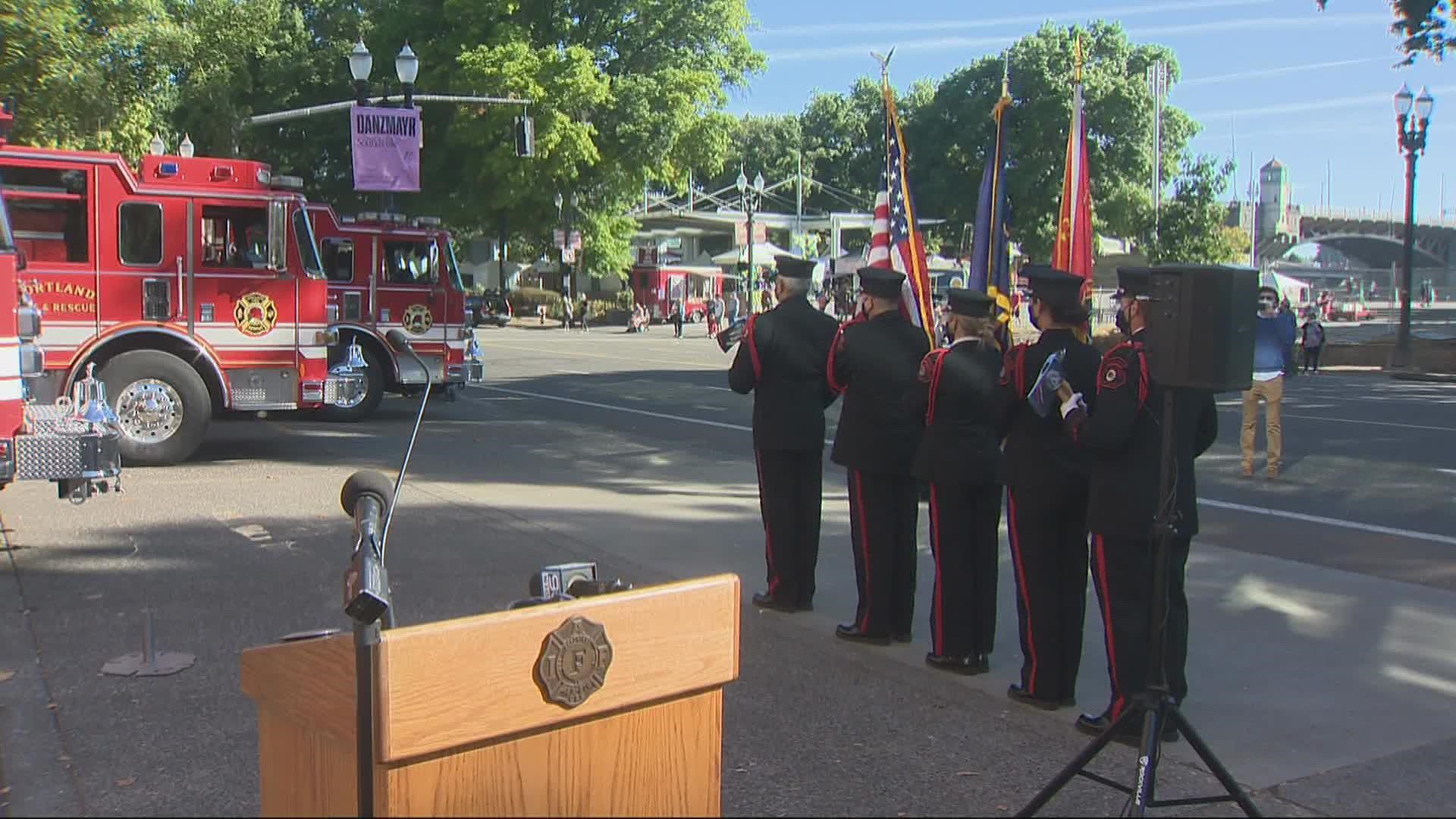 Nearly 3,000 people were killed on September 11, 2001, when terrorists hijacked four planes and crashed into the World Trade Center and the Pentagon. Of those deaths, more than 300 were firefighters.

Dozens of firefighters, some of them retired, attended the ceremony at Firehouse 1 off Southwest Ash Street in Portland to honor those lives lost. Some shared stories about the fateful day, and a handful described responding to New York City to help with the response.

"When we got there, it was total destruction. I've never seen anything like this in my life," said Loucks. "It was more than we fathomed but we got to work."

He was one of four Portland firefighters who flew to New York City to help fellow firefighters at ground zero.

RELATED: Oregon natives remember being in New York on September 11, 2001

"We weren't on a FEMA detail, we didn't ask for permission, we just went there to help," said Martin. "It was a privilege for us that we could help in New York."

Both Martin and Loucks were part of Portland's remembrance ceremony.

Across the Willamette River, a solemn crowd gathered on the Vancouver Waterfront for a 9/11 remembrance ceremony.

"I as actually sitting in my recruiting office when the footage of the plane coming into the World Trade Center happened," said Varga. "It should never be forgotten and this is why this is so important to me."

A joint honor guard comprised of the TSA and Portland of Portland Public Safety presented the American flag and held a moment of silence.