New twist on ‘grandparent scam’: Crooks show up in person

Unlike earlier versions of the scam where callers tell victims they must send money by wire transfer or pre-paid gift cards, the crooks come to the victim’s home. 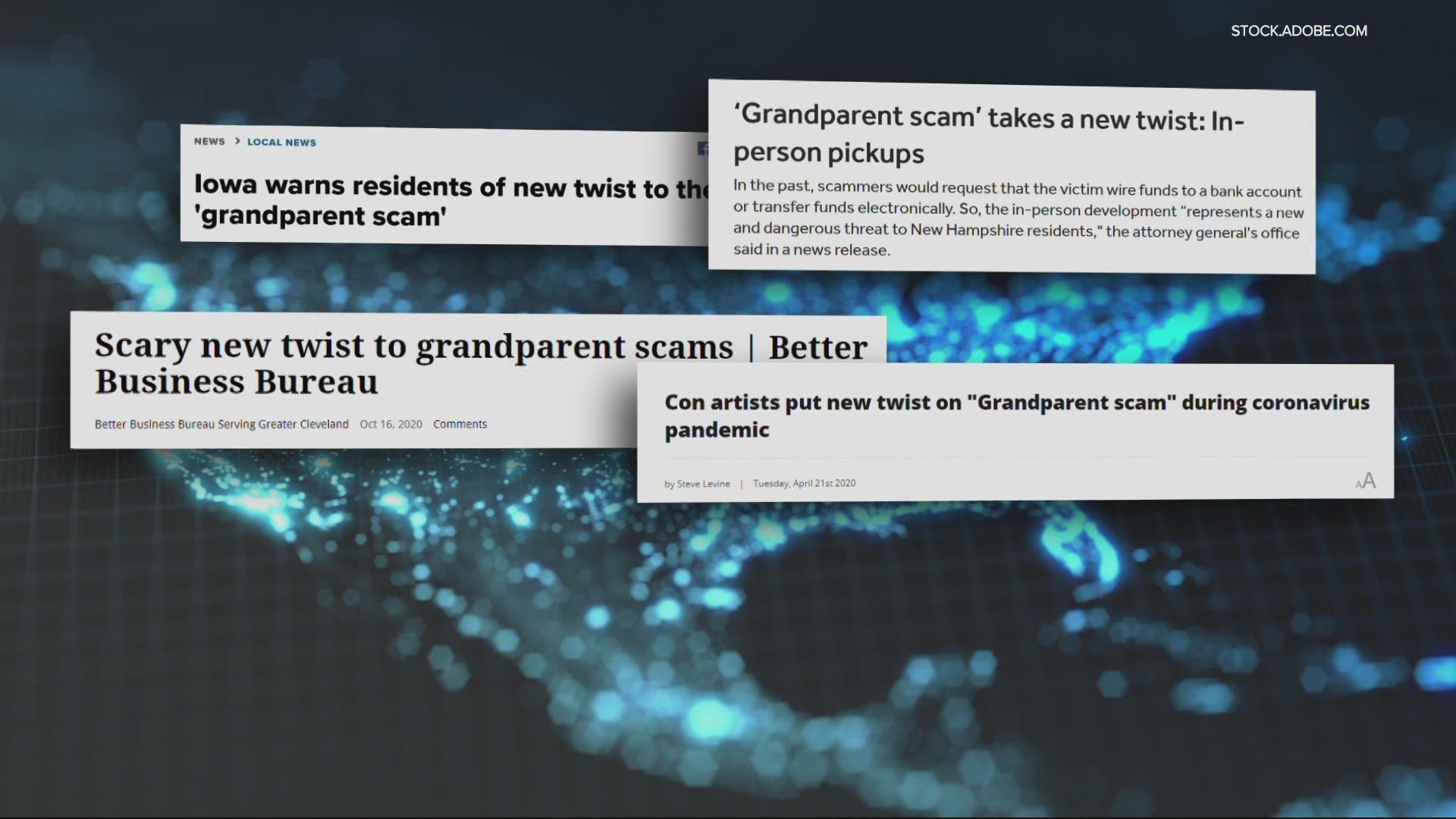 PORTLAND, Ore. — The Oregon Department of Justice warns there is a new twist on the so-called "grandparent scam." Crooks are showing up in-person to collect money from seniors instead of relying on wire transfers or pre-paid gift cards.

“This one is a little different," warned Sgt. Tom Hamann of Lake Oswego Police.

In October, a Lake Oswego man received a phone call from a scammer posing as his granddaughter. The caller claimed she was in trouble and needed help with an emergency.

Police said the victim paid the scammer "tens of thousands of dollars" in cash.

“The suspects actually had what they called a 'courier' come to the victim’s house to collect the money,” said Hamann.

The Oregon DOJ issued a warning on March 22 that the same scammers are making their way back to Oregon to scam even more seniors.

Across the country, police are reporting similar cases. It is not clear if they are related.

On March 8, a federal grand jury in Rhode Island indicted two men with running a so-called "grandparent scam" in two states. Federal prosecutors said the scammers told their victims to provide cash to a courier or bail bondsman that would arrive at their home. In many instances, prosecutors said the person who arrived at their home to collect the cash did so in a white van and wore a work uniform-type vest.

“It further validates the story because if you are willing to knock on the door and show your face then it must be real,” warned Doug Shadel, state director of AARP Washington.

RELATED: 'Avoid clicking on the link': Texting scams increase by 300% during pandemic

Shadel explained scammers pull at your heartstrings so they can trick you into sending money before you realize it is a scam.

“I’ve interviewed victims of this scam who said, ‘In the back of my mind I thought it was a little suspicious, but it was my grandson and I’m going to take action first and ask questions later,'” explained Shadel.

If someone calls or sends a message claiming to be a grandchild, other family member or friend desperate for money: