Who's being arrested at Portland protests

KGW analyzed court files, jail records and other sources of public information for 168 people arrested within the past week and a half in Portland. 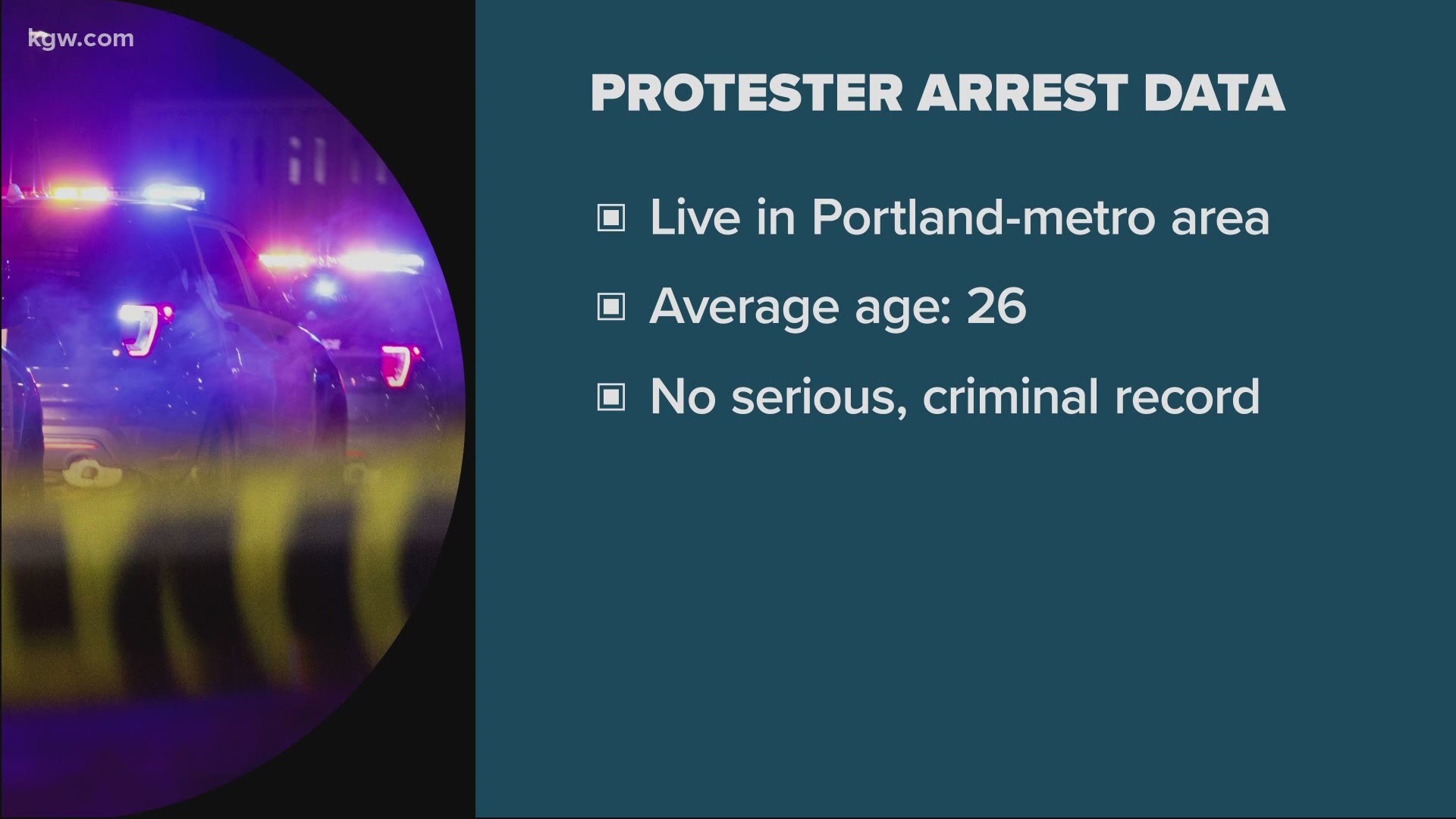 PORTLAND, Ore. — Throughout the large demonstrations in Portland, police have provided a running tally of arrests. The daily reports typically include names, ages and criminal charges.

So, who are these protesters?

KGW analyzed court files, jail records and other sources of public information for 168 people arrested within the past week and a half in Portland.

The data showed almost all those arrested are local residents, not out-of-town troublemakers. Many have lived in the Portland-metro area for years.

The average age was 26 years old. Both male and female protesters were arrested, although most were listed on jail records as white. Only a handful had serious past criminal records.

Of those charged with serious offenses such as rioting, a felony, only one appeared to have any affiliation with an organized group. A probable cause affidavit suggested one of the protesters is part of Antifa.

Another person admitted in court records, they were just taking advantage of the chaos by looting a store in downtown Portland.

“People who normally would never have acted in an aggressive manner can kind of develop this mob rules mentality where you just get sucked into it,” explained Blazak.

RELATED: More than 200 people have been arrested since large protests began in Portland

Only 16 percent of those arrested by Portland Police during the protests were charged with felony crimes.  Everyone else faces misdemeanors charges for offenses like curfew violations and interfering with a police officer.

“Those charges issued by the police do not require the person to be kept behind bars. They are invariably released on their own recognizance,“ said criminal defense attorney Mark Cogan.

“For the vast majority of people who have been arrested, I do not believe any criminal charges will stick,” said Cogan.

The records suggest we can’t blame unrest, rioting and violent clashes with police on one group or a certain type of person.