Seniors in Oregon's three most populous counties have had issues booking appointments, but those in other parts of the state said they've had a smoother experience 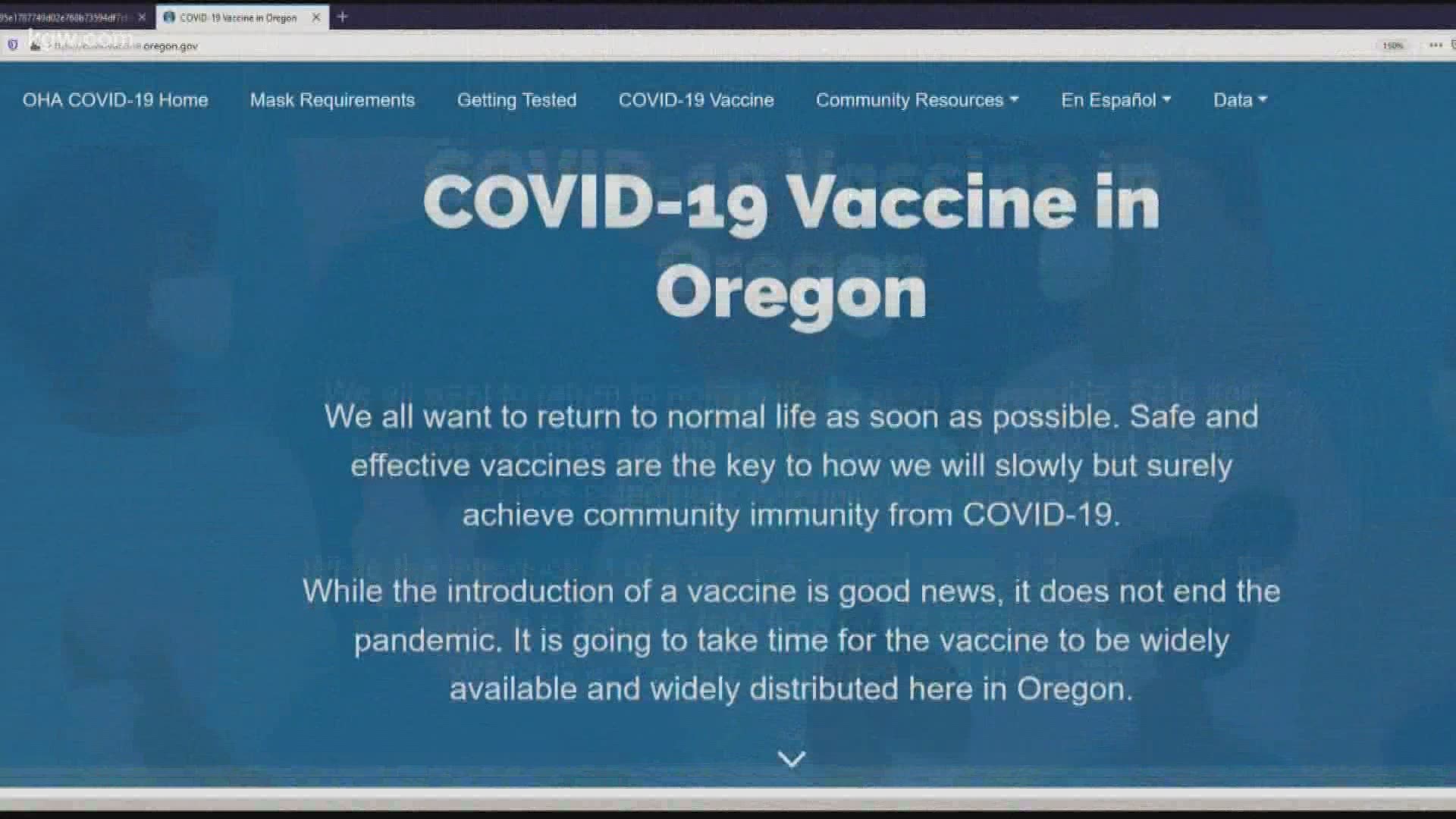 PORTLAND, Oregon — A Legacy Health spokesman said the company is “aware of what happened” Monday when its scheduling website for COVID-19 vaccinations performed miserably during a morning rush in the Portland area.

Brian Terrett said the site was overloaded with people trying to get appointments for the Oregon Convention Center or the Portland International Airport vaccination sites, the two main places to get COVID shots in Multnomah, Clackamas and Washington counties.

“We’ve never experienced this much demand for this system before,” Terrett said.

Many complaints involved the capcha section of the appointment site in which the user is required to prove they are not a robot by clicking all the windows that involve a streetlight or some other image.

Users told KGW the site froze when they got there and kicked them out, forcing them to start over and join an ever-growing group of people trying to secure appointments.

“We’ve never had that before,” Terrett said.

He said IT experts are still working to pin down where the website failed so it can be fixed by Thursday morning, when the site will go live again with a fresh batch of appointments.

Despite the problems in the Portland area, KGW also heard from seniors in other counties who said things went very well.

In Clatsop County, Helen McClaine from Astoria wrote in an email that things went very well.

“After hearing the nightmare faced by many Portlanders, I want to give a shoutout to Clatsop County for their sign-up process," McClaine said.

She said she was asked to complete a quick survey identifying which group she belonged to before signing up, and that the whole process took no more than 15 minutes.

Even as the pandemic was just beginning, her team began planning.

Rothenberger said members of her team were around 11 years ago when the H1N1 pandemic required a large vaccination response, and they knew it would take time to build the infrastructure needed for COVID-19.

RELATED: What you need to know about COVID-19 vaccines in Oregon Tuesday

“Our planning efforts really started a year ago, and I think we’re seeing the benefit of that now,” she said.

The county does have a smaller population than the Portland area. Rothenberger said the population of people aged 65 and older is 55,972. According to the U.S. Census, the city of Portland alone has 83,000 people 65 and older.

But the planning is likely a key to the county’s success.

As the spring became summer, the county began meeting with 150 partners who could give shots when the time came.

Santiam Hospital became the first in Oregon to give shots to anyone who qualified; Salem Health opened its mass vaccination site at the state fairgrounds and gives thousands of shots a day; Legacy Health has a clinic in Woodburn vaccinating people and Kaiser is giving shots as well.

There is a focused team effort with weekly check-ins to talk about what’s going right and what’s going wrong.

“There was one day I drove around Salem collecting syringes and needles to drop off at the fairgrounds. So you know, we’re willing to do whatever it takes to make it run smoothly,” Rothenberger said.

There is an effort to keep it simple, to keep seniors from getting tangled in the confusing websites that Portland area folks have battled.

RELATED: 'We got the word out': Multnomah County holds COVID-19 vaccine clinic for BIPOC community

KGW's Pat Dooris asked if seniors from the Portland area could come down and get a shot if they asked nicely.

“There shouldn’t be any wrong door for someone who is eligible for a vaccine. So, if they come to the fair, if they make an appointment at the fairgrounds, they should not be turned away,” she said.

Despite her assurances, KGW has heard from viewers who booked appointments in Marion County only to be called and told they could not do that, and that their appointment had been cancelled. 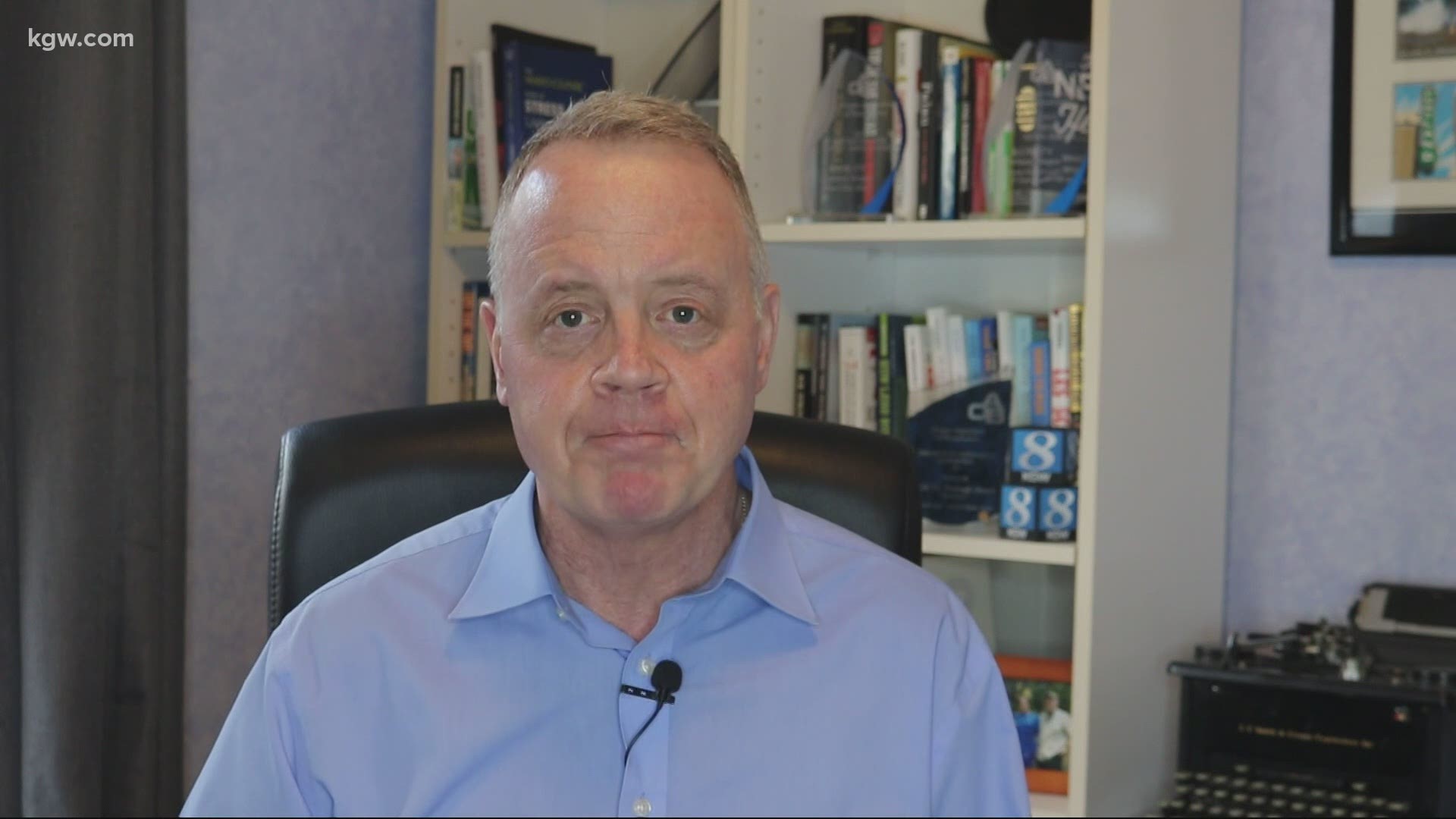