The new COVID-19 rules, which label counties according to their "risk levels," kick in after the two-week statewide freeze period ends 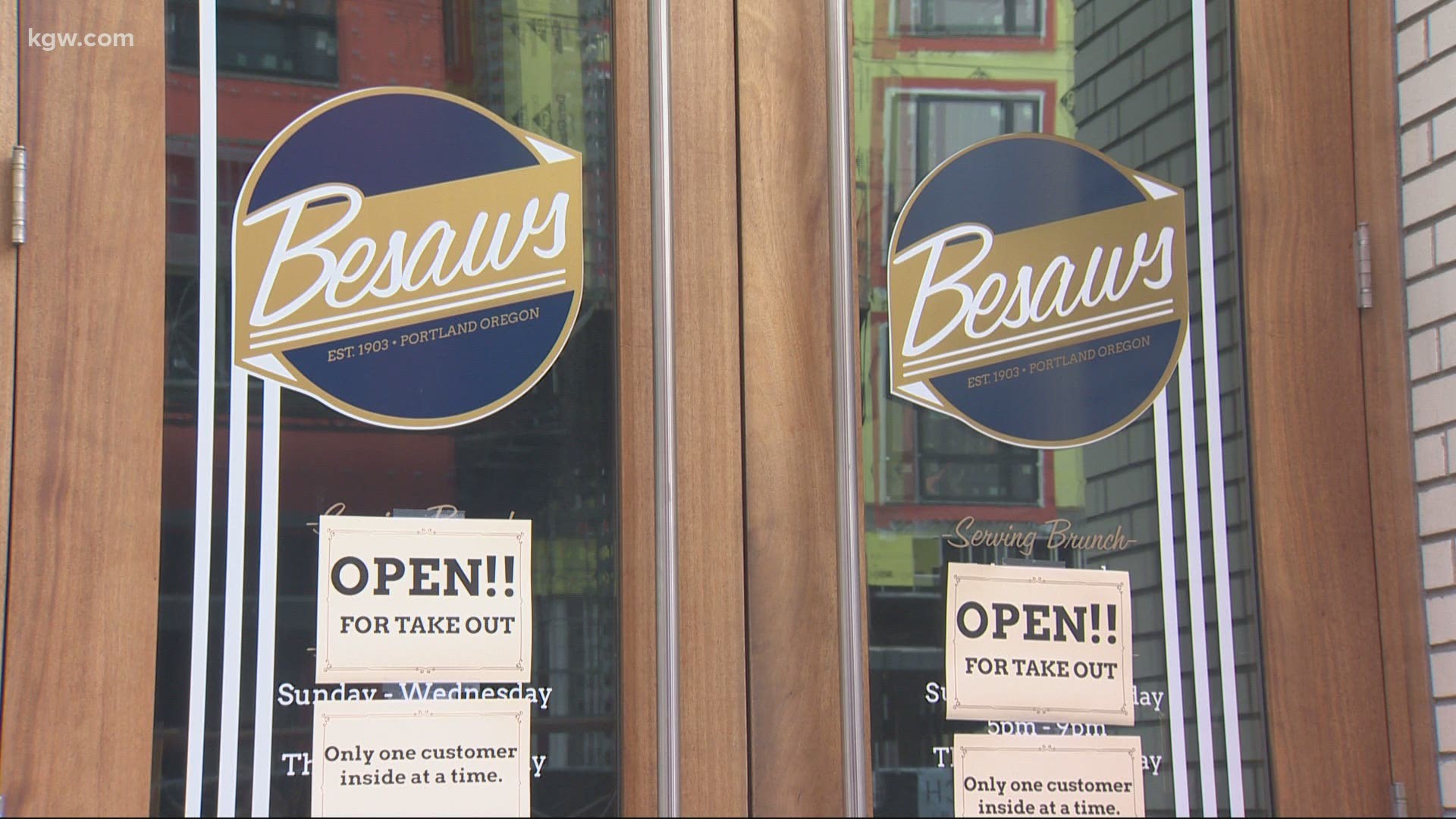 A statewide freeze announced by Gov. Kate Brown expires Wednesday. In its place, state officials will implement new rules that enforce closures and restrictions on a county-by-county basis.

The new framework comes as the state's coronavirus death toll increases. More than 900 lives are lost as of Sunday, with 9 new deaths and 1,599 new cases reported today.

The new rules offer at least a little relief for restaurants. Cana Flug owns Besaw’s and The Solo Club in Northwest Portland, which closed temporarily last spring due to the COVID-19 shutdown. "We did not have a robust take-out business operating at that time," explained Flug.

The Solo Club and Besaw’s were shut for about six months, putting 80 staff out of work. The restaurants had reopened for indoor and outdoor dining, only to be shut down again a week and a half ago. "The day before, I dropped $5,000 on an outdoor tent that was vented," said Flug.

The new COVID-19 framework, released last week by Gov. Kate Brown, allows them to serve diners once again, with restrictions.

It puts counties into risk levels based on numbers of cases. Multnomah County, along with Washington and Clackamas counties, are in the "extreme risk" category. Restaurants like Besaw's can serve a maximum of 50 people for outdoor dining, plus sell take-out. Here is the table of what's allowed and what's not in all risk areas.

Tillamook County is a different story. It is the only county on the coast in the lowest risk category, meaning an indoor dining capacity of 50% and up to 300 people for outdoor dining. At Alice's Country House in Tillamook, they’re cautiously optimistic. "I am afraid that if they re-re-open and then we have another blast of virus they shut us back down again," said owner Alice Anderson. "It’s kind of a kind of a catch-22 being opened and nobody else is able to."

Four other counties fall in the lowest risk category: Gilliam, Sherman, Wallowa and Wheeler counties. Of the 36 counties in Oregon, 21 land in the extreme risk category, leaving many businesses uncertain of the future while case numbers surge. "It’s like you can spend hours, days on the concept of how are we going to move forward and then boom, the next day it’s moot," said Flug.

RELATED: After two-week freeze, Oregon to have new set of COVID-19 restrictions