As the Pacific Northwest eases back toward "normal" life, efforts are ramping up to help others less fortunate. 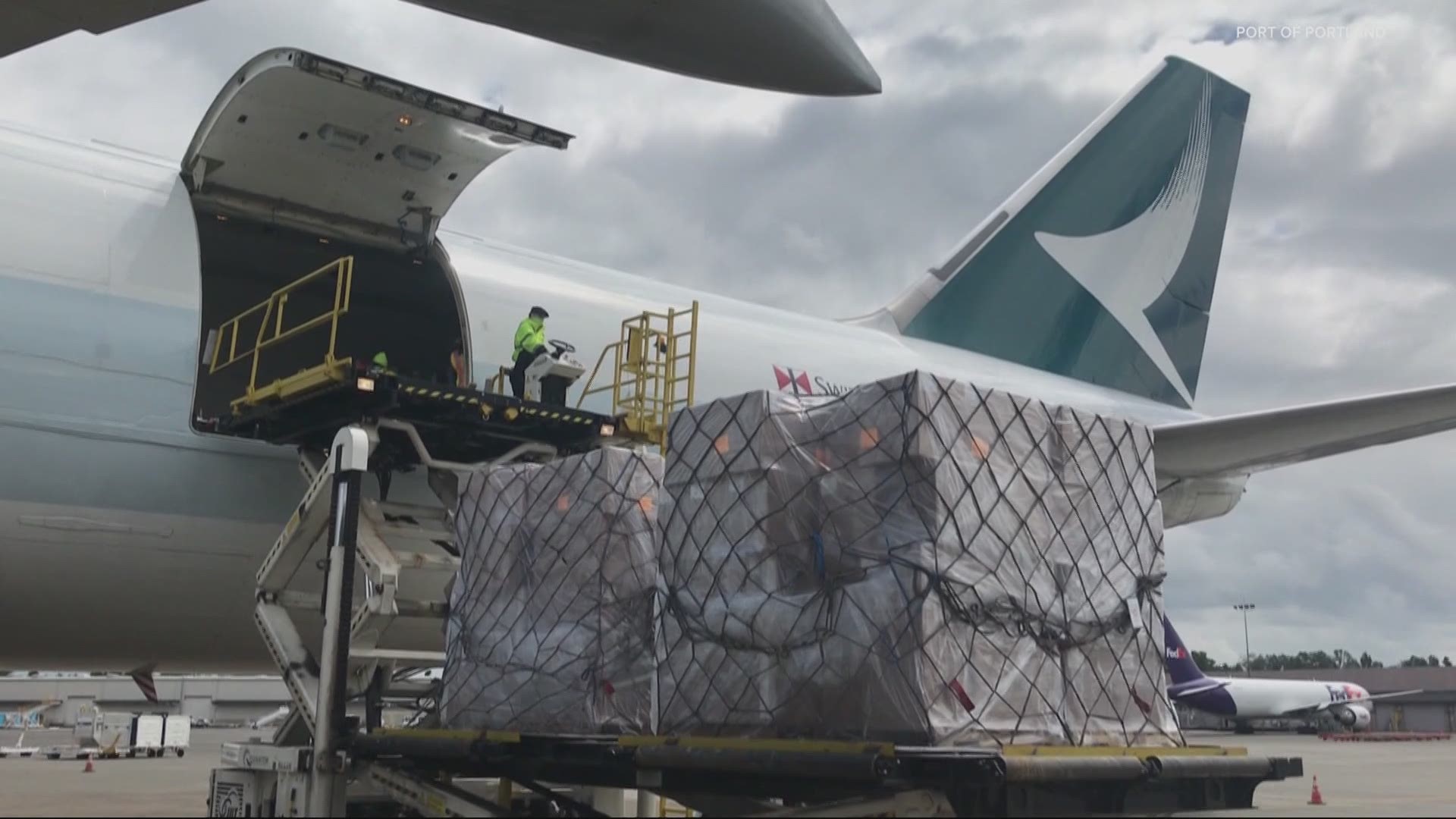 OREGON, USA — With about half of Oregon and Washington's populations vaccinated against COVID-19, life is easing back to "normal." The Pacific Northwest is now sending aid to people in other countries who are less fortunate.

India faces an ongoing surge in cases, with hundreds of thousands falling ill and thousands dying per day.

Oregon received 1.2 million BinaxNOW tests from the federal government in October 2020. The Oregon Health Authority and Department of Administrative Services partnered with logistics company Expeditors to manage a shipment of surplus test kits. Davis Trucking brought kits from the state’s Wilsonville warehouse into Portland. Then Hong Kong-based Cathay Pacific offered to fly the tests to Asia. The Port of Portland said the companies did the work for free.

"It's going to take everyone across the world responding to this," said Susie Rantz with the Port of Portland.

The tests will be delivered to the Desai Foundation, an organization that serves rural communities with health programs focused on women and children.

Back in May 2020, when protective gear was scarce, Cathay Pacific also adjusted its air cargo operations to deliver 1 million surgical masks into Oregon for frontline healthcare workers.

Local and regional humanitarian aid groups have been doing similar work for months.

"We will only be safe when the whole world can be protected," said Lynn Hector of Portland-based Mercy Corps.

According to Hector, the number of people globally who need humanitarian assistance has grown 40% over the last year.

"Because of COVID, extreme poverty is on the rise for the first time in two decades," she explained.

Mercy Corps teams have traveled to poorer countries around the world, sharing sanitation and protective equipment and educating people about viral spread.

Medical Teams International (MTI) is another Pacific Northwest-based group. It has helped administer COVID vaccines both locally and abroad. Vaccine supply has been a challenge.

"Bit by bit, vaccines are starting to make their way to the poorest nations, but they're behind," MTI president Martha Newsome said.

The tables are now turning, however.

Pfizer and BioNTech have promised to deliver 2 billion doses of vaccine to poorer countries over the next 18 months.

Those nations make up about half the world's population, but have only received about 20% of the world's COVID vaccine doses.

This decision to ship out doses came several weeks after the Biden Administration came out in support of temporarily waiving the intellectual property rights of the Pfizer, Moderna and Johnson & Johnson COVID shots.

Oregon Congressman Earl Blumenauer was a part of the push to lift these patents, with the goal of boosting global vaccine supply, cutting down on COVID cases and variants, and ultimately saving lives.

"Large pharmaceutical companies have benefited from major investments that the United States government has made," Blumenauer told KGW earlier this year. "And the more we can cooperate toward global health, the healthier we'll all be."

It could take months to waive intellectual property rights, with some countries in the European Union and pharmaceutical companies pushing back.

Pfizer argued it's better for it to send vaccine without a profit than to supply a complicated vaccine "recipe" to countries "without a kitchen" or resources to produce them.

However, at the more local level, as Oregon donated testing supplies and international crews loaded them on the tarmac of PDX, Susie Rantz saw a clearer path forward.

"One thing we've learned in this pandemic is really how connected we all are," she said. "Everybody is looking for some way to be connected and feel like they're helping other people make a difference, big or small."