The move could allow more companies to quickly and cheaply produce effective vaccines in poorer countries, which aid organizations say is necessary to meet demand. 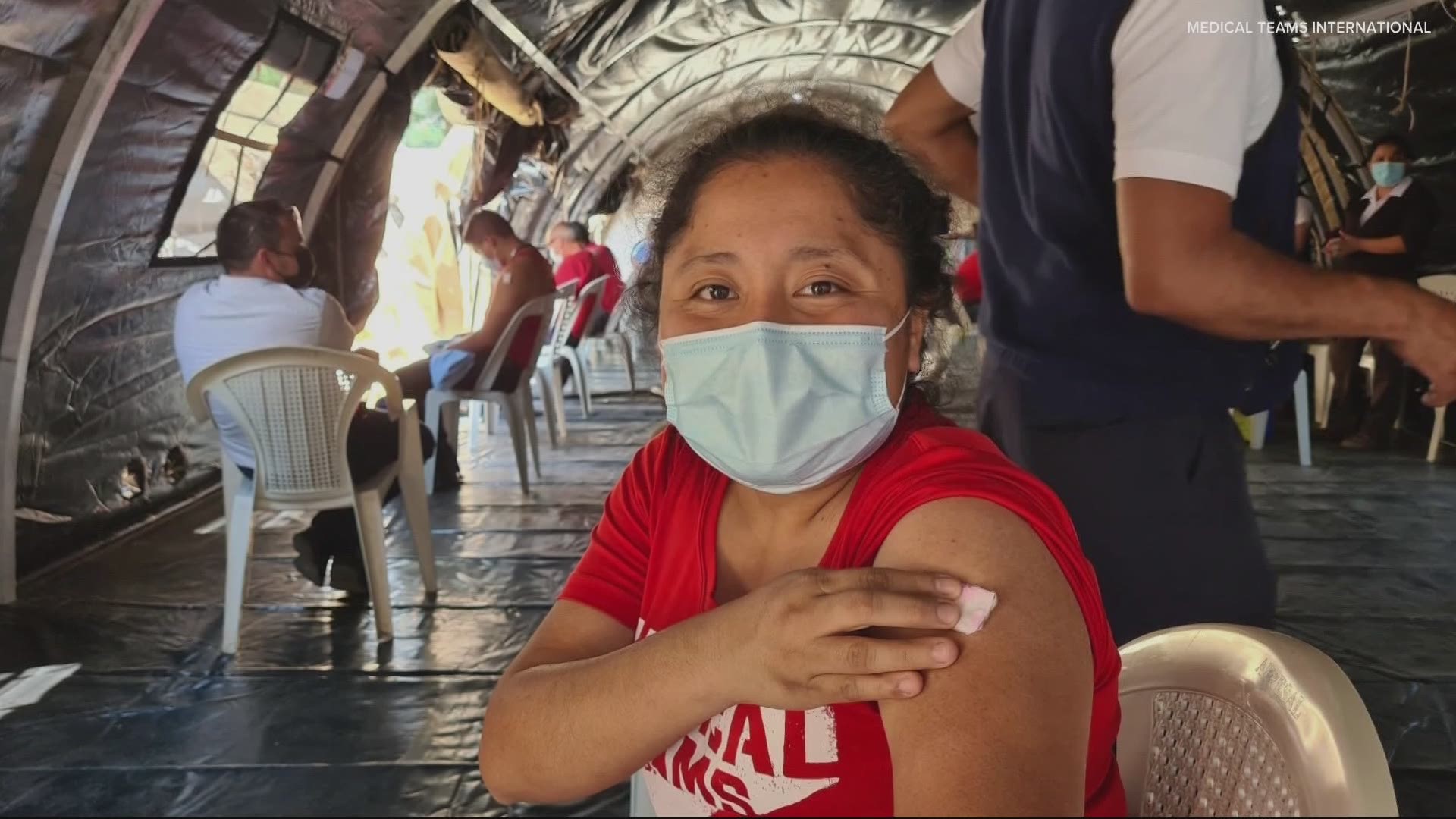 WASHINGTON, D.C., USA — The Biden administration is considering a temporary lift of COVID-19 vaccine patents at the urging of several lawmakers, including Oregon Congressman Earl Blumenauer.

International humanitarian aid and health organizations in Oregon said the move is necessary to beat the virus globally.

Portland-based Mercy Corps is one of them. Spokesperson Lynn Hector emphasized the pandemic has exacerbated existing problems in less-developed countries.

"Extreme poverty is on the rise for the first time in two decades," Hector explained. "And there has actually been a 40% increase globally in the amount of people who need humanitarian assistance."

Issues such as hunger, civil and external conflict and gender inequality have all worsened, according to Mercy Corps.

Many countries experiencing those problems also do not have the resources to produce and develop their own vaccines against coronavirus.

Hector said despite the U.S. contributing $4 billion to COVAX, an international vaccine aid program, some of the world's poorest countries may not see widespread vaccination until at least 2023.

"Wealthy, high-income countries have purchased the vast majority of vaccine supply," Hector said. "You can bring money to a grocery store, but if the shelves are empty, you're going to leave hungry and empty handed."

Oregon Rep. Earl Blumenauer said leaving underdeveloped nations to fend for themselves is inhumane. He joined several other lawmakers in urging House Speaker Nancy Pelosi to take the issue to the White House.

According to NBC, President Biden is now considering a temporary lift on certain medical patents: the intellectual property rights to the Pfizer, Moderna and Johnson & Johnson COVID-19 vaccines.

This would allow more companies to quickly and cheaply produce effective vaccines in poorer countries, likely saving lives where people have less access to health care.

"This is something every American needs to think about," Blumenauer told KGW. "We've done this in the past with AIDS. We're going to have another pandemic. This is not going to be the last global health challenge we have."

RELATED: Will you soon need a 'vaccine passport' to travel?

Medical Teams International is another aid organization in the Pacific Northwest feeling the pandemic's impact abroad.

"Felt like all systems go for a whole year now," said president and CEO Martha Newsome.

Her team is helping vaccinate refugees and people in less-developed countries.

"So bit by bit, vaccines are starting to make their way to the poorest nations, but they're behind," Newsome said.

“The administration needs to steer clear of this trap, which would undermine decades of U.S. policy against forced technology transfer to countries like China and won’t directly increase vaccine distribution," Willems said.

However, advocates argue new, more resistant COVID variants could emerge if left unchecked in other countries.

"We're not safe until we're all safe," Newsome said.

"We're only a plane ride away from being reinfected," Blumenauer agreed. "We all have a stake in crushing this virus...Large pharmaceutical companies have benefited from major investments that the United States government has made ... And the more we can cooperate toward global health, the healthier we'll all be."

"The virus itself does not respect borders," Hector said. "We've already seen new strains of the virus...So the longer countries around the world are waiting for vaccines, the longer the virus will spread."

RELATED: 'We Can Do This' | Biden launches community corps to boost vaccines