Miranda Reich is back in her home state of Texas recovering after about a month in a coma inside OHSU's medical ICU. 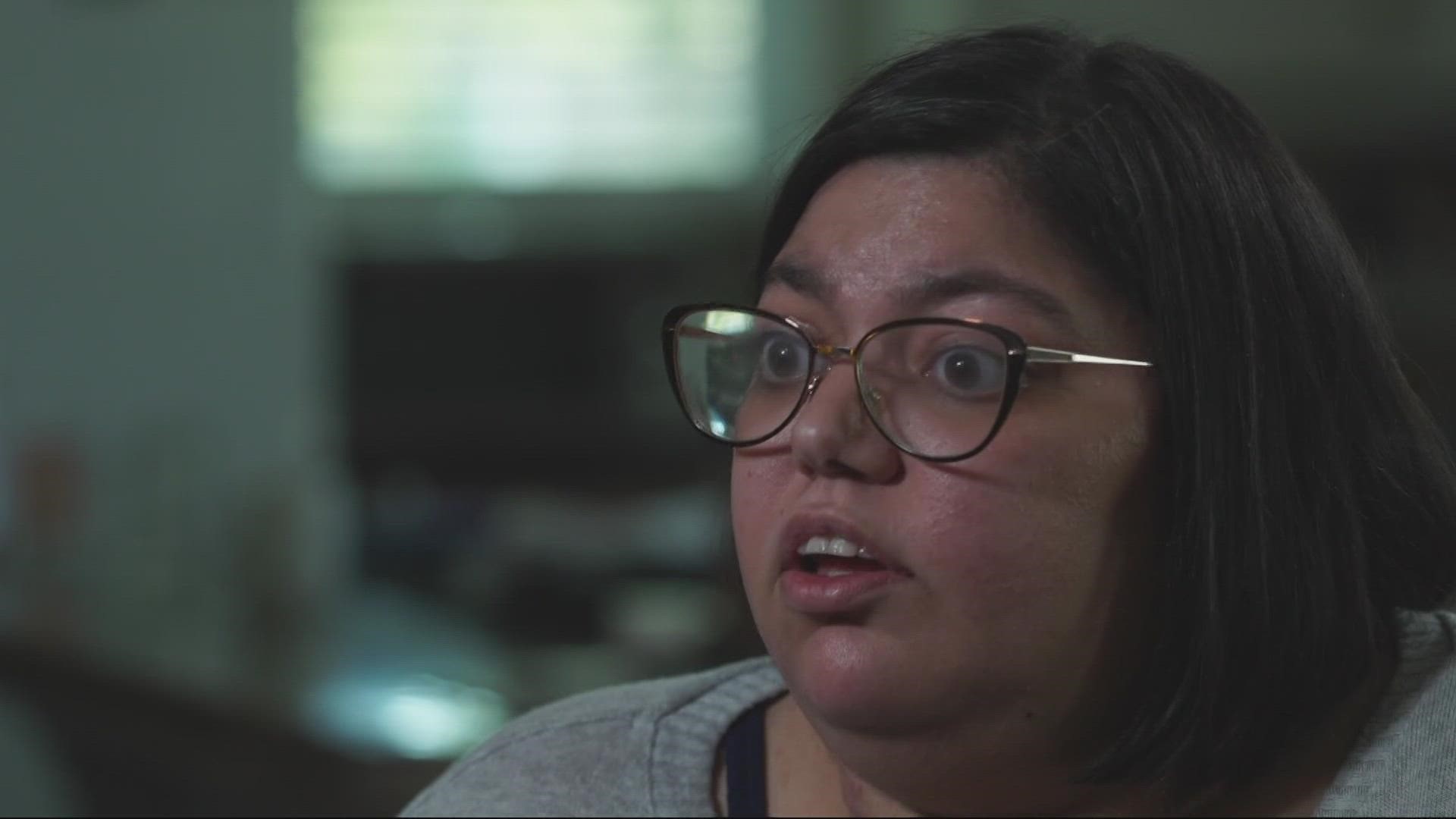 PORTLAND, Ore. — Over the last two months, KGW has focused on the surge of the delta variant of the coronavirus that has overwhelmed hospitals in Oregon and Washington.

In August, when KGW visited the medical ICU at OHSU in Portland, we saw people of all ages in beds — including younger people in their 20s and 30s. The vast majority of the people in the ICU were unvaccinated and fighting for their lives.

One woman who was in the ICU with COVID-19 while our cameras were there survived.

Miranda Reich, 29, has a remarkable story to tell — one that brought her to the brink of death. She is now out of the hospital, recovering.

Reich reached out after she saw KGW’s “Overwhelmed: Inside Oregon's ICUs” special that took viewers into two Oregon hospitals' ICUs to show firsthand what health care workers were facing.

“I just saw this video that said 'Overwhelmed, Oregon's ICUs' and I'm like, ‘let me just watch that,” said Reich. “Then I saw myself. I just saw my hair was longer then and I had two stuffed animals that was given to me in the hospital,” she said.

Credit: Christine Pitawanich/KGW
Miranda Reich says this was her while in OHSU's ICU

“I had never seen myself like that. It kind of freaked me out a little bit.”

She saw herself hooked up to a ventilator and an ECMO (extracorporeal membrane oxygenation) machine, what health care workers have described as the highest form of life support. ECMO does the work of a person’s heart and lungs, pumping blood out of the body, oxygenating it, and putting it back in. It’s a last-ditch effort to save a life.

Reich was one of more than a dozen people with COVID-19 in OHSU’s medical ICU. She was in a coma for about a month. Then in early September, she woke up. Two weeks later, she was discharged.

“I was lucid enough to ask one of the doctors, ‘What happened to me?’ And she told me about the ECMO about it being my last shot, and basically I was borderline dead without being called dead, and that I was a miracle,” said Reich.

After she got home and watched the video, Reich decided she wanted to tell her story.

“I was like, maybe they need to know that somebody made it, that somebody out of the ICU actually did make it and is alive,” said Reich.

“I don't want to be known as the heartbreaking case of a young woman who was unvaccinated and covered in tubes.”

Now she’s recovering with her family in the small town of Hamilton, Texas. She lives in Abilene, but her family's home in Hamilton is better suited to her recovery. Reich's ordeal started in late July when she, her husband, his grandparents, and another relative visited family in Oregon.

“Then we all sort of started feeling bad,” she said.

Reich said her husband’s aunt had equipment to check her oxygen level. It was very low, and she was rushed to Mercy Medical Center in Roseburg. That’s where she said she found out not only did she have COVID-19, she was also anemic. After several days, Reich was airlifted to OHSU. She said doctors were frank with her family.

“The doctors even told my mother I was not going to leave the ICU. They were already warning her I was probably going to die.”

But she didn’t die, despite being unvaccinated with anemia and pneumonia associated with COVID-19.

Reich said her mom and husband got COVID-19 early in the pandemic. She didn’t get sick, so she thought she was safe.

“I just never thought it was going to be me. But most people don't think it’s going to be them until it is,” said Reich.

While she believes everyone should have the choice as to whether or not to get the vaccine, for her, it was a clear choice. She’s now vaccinated.

“I can't afford to get COVID again,” Reich said.

For now, Reich is rebuilding strength in her body and lungs. She said every day she’s feeling a little stronger and she’s recovering with the help of family.

Reich said she believes she would have died if she had been in Texas. She said the chain of events that led her to OHSU started with her aunt, who took her oxygen levels and found they were low.

She has constant reminders of what she endured, scars from the tubes that went into her body, will stay with her forever.

“My husband says wear them with pride, because you fought a battle not many people have won,” said Reich.

She also plans to keep her stuffed animals, the same ones seen in her hospital room. They’re reminders as well. A large and memorable pink stuffed animal was given to Reich by her mother. But she’s curious about the smaller one.

“This one is a mystery. When I was at Mercy [Medical Center], somebody gave it to me, and I don't know who.”

Reich wants her story to give people some hope.

“I hope they hear that it is beatable with prayers and doctors,” said Reich.

“I will be forever grateful for OHSU, for what they did. […] By all accounts, medically, I honestly should be dead. But they fought for me and they saved my life,” she said.

“I've been given a second chance and I don't want to waste it.” 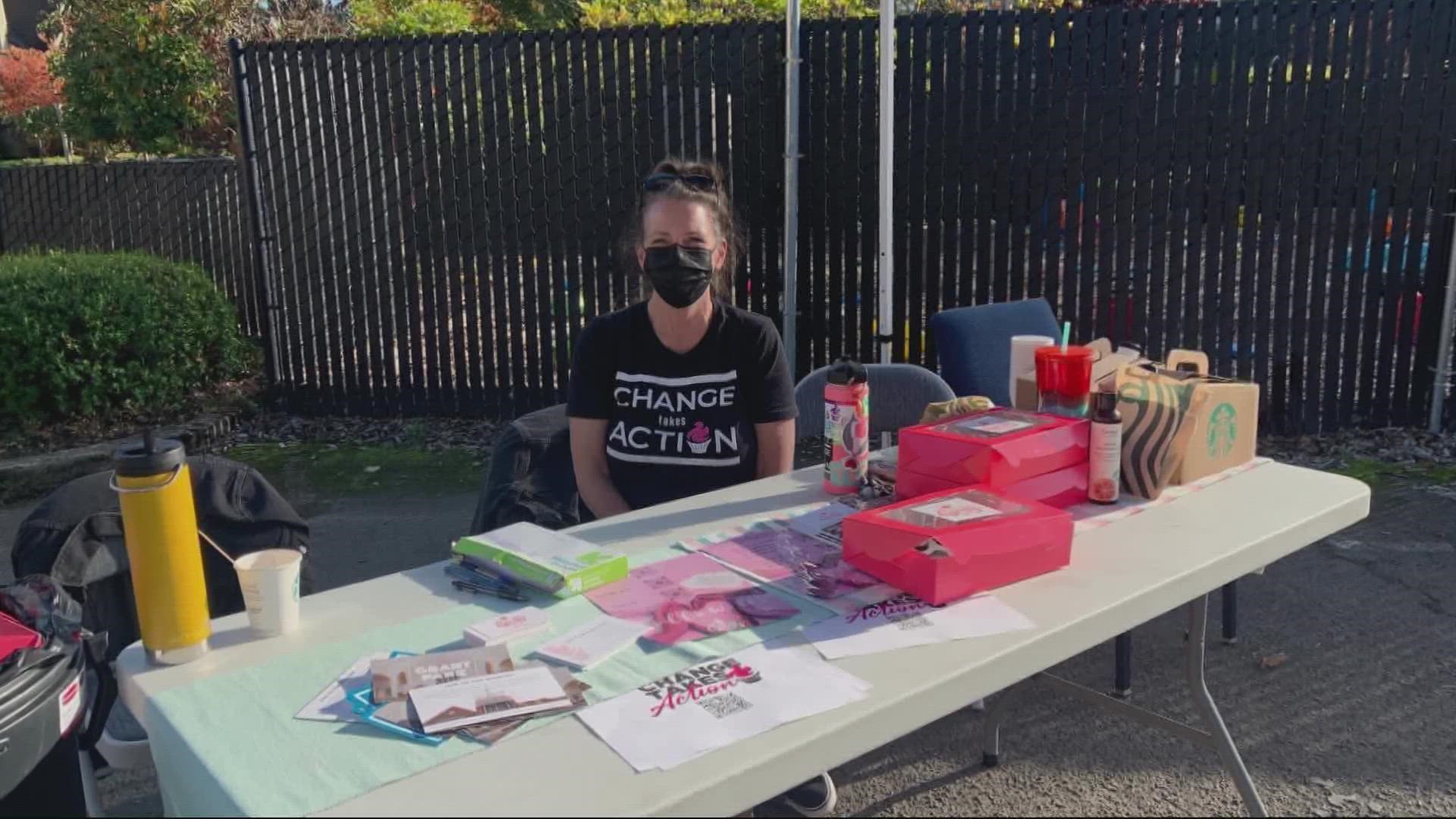