Christian Chism has been released from jail so many times because his charges are for low level misdemeanors and he has rights as a defendant until he is convicted. 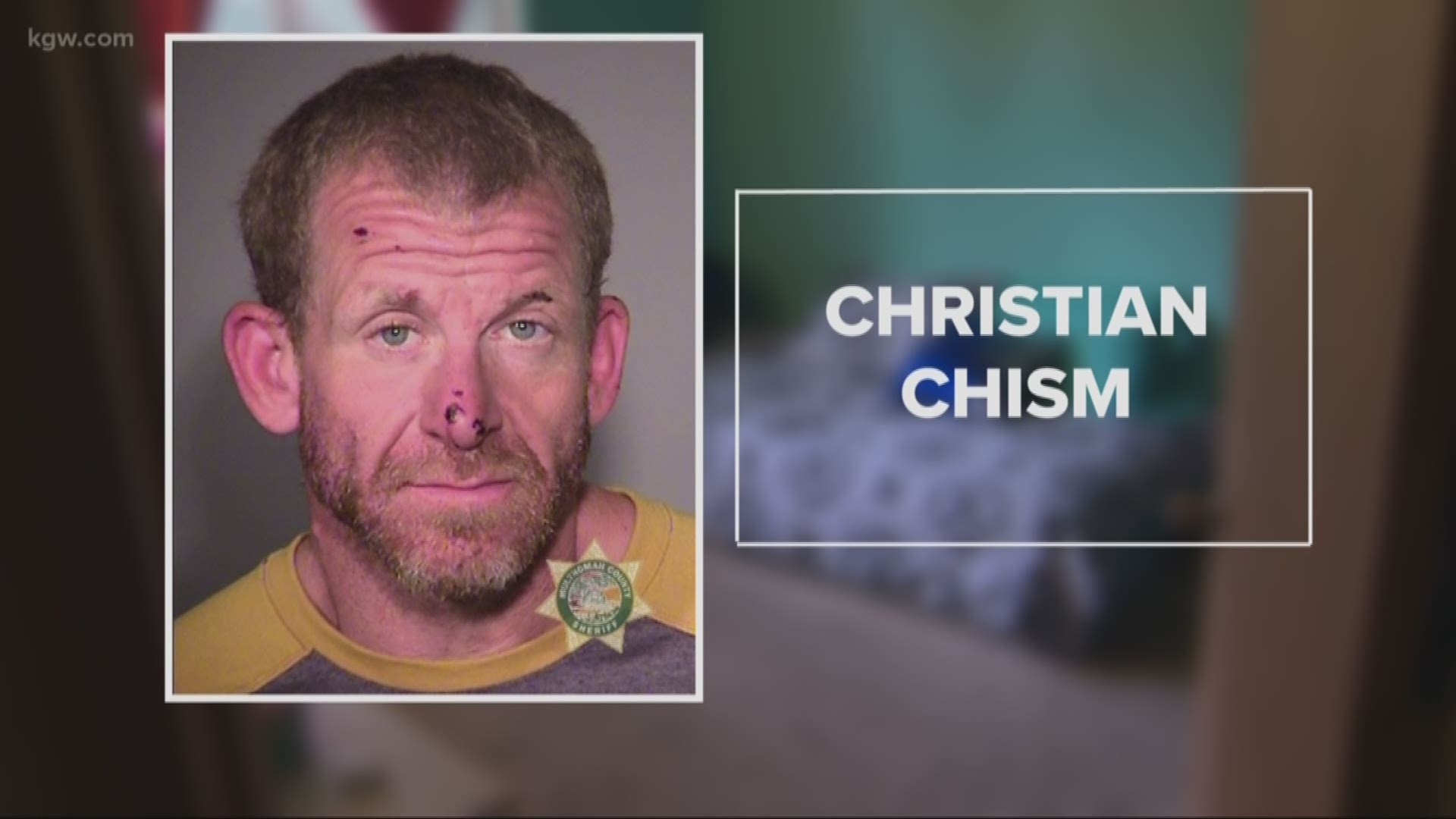 FAIRVIEW, Oregon — A man who was found in a Fairview 6-year-old's bedroom on Saturday has a lengthy criminal record and a history of not showing up for court.

Chism was detained for the Fairview incident, but not booked into jail. The jail turned him away because he had an injury that needed medical treatment, so he was instead cited and released. Even though the incident was traumatic for the family, he was charged with a low-level misdemeanor and would likely have been released within hours of being booked into the jail.

The following day, Oct. 13, Chism was arrested again. This time, for criminal trespass at a home in Northwest Portland. He was booked into jail for this one, but was released about three hours later.

Chism had a court date set for Monday, but he did not show. There is now a warrant out for his arrest.

If you look at his record, you will find he has a history of skipping court. In a 2017 case, Chism failed to appear in court 17 times. By the time he was sentenced, about a year later, he received 10 days in jail with credit for time served.

His booking history shows he has been in and out of jail on multiple occasions. On Aug. 25, for example, he was booked into jail twice within a few hours.

So, how is this allowed to happen? KGW asked law enforcement and the district attorney’s office and was referred to the Multnomah County Department of Community Justice.

“Anytime someone wakes to find a stranger in their house is alarming and frightening. The District Attorney’s Office and the Courts will work to hold the defendant accountable for the most recent incident. His prior arrests were misdemeanor charges that qualify for expedited release per policy. The County is working with all of its partners to address the processing of defendants throughout the entire public safety systems — particularly for defendants who may be eligible for intervention programs. If the defendant comes into the custody of the Department of Community Justice, we will work with him to provide appropriate supervision or other intervention, as needed.”

KGW was also told Chism has been released from jail so many times because his charges are for low level misdemeanors and he has rights as a defendant until he is convicted. KGW also learned the system, overall, is looking for more ways to address cases like Chism’s.