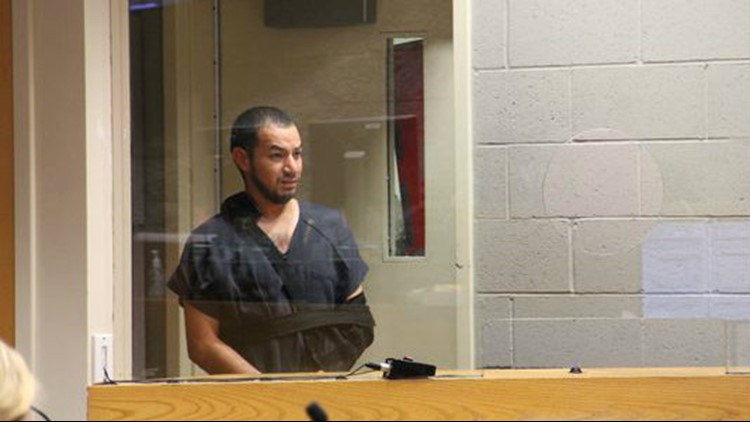 His arm in a sling, Favian Garcia, 27, appears for arraignment in Marion County Circuit Court. Garcia is accused of crashing a Land Rover head-on into a family's vehicle while severely intoxicated, killing a woman and four children.

Drunk driver who killed woman, 4 children, gets 34 years in prison

SALEM, Ore. — A man convicted of driving drunk and causing the crash that killed five family members near Salem was sentenced to 34 years in prison.

The Statesman Journal reports Favian Garcia of Gervais was sentenced Monday. He was arrested Oct. 8, 2017, after he crashed a Land Rover head-on into a Buick Century driven by 25-year-old Lisette Medrano-Perez on Highway 99E.

Garcia crossed the center line and crashed head-on into Medrano-Perez. All five died at the scene.

A judge in November found Garcia guilty of five counts of manslaughter, DUI, reckless driving and criminal driving with a suspended license.

Court records show Garcia was convicted of driving under the influence of intoxicants in 2011 and convicted of the same crime again months before the fatal crash.