Four decades after remains were found in rural Clark County the homicide victim was identified as Sandra Morden. 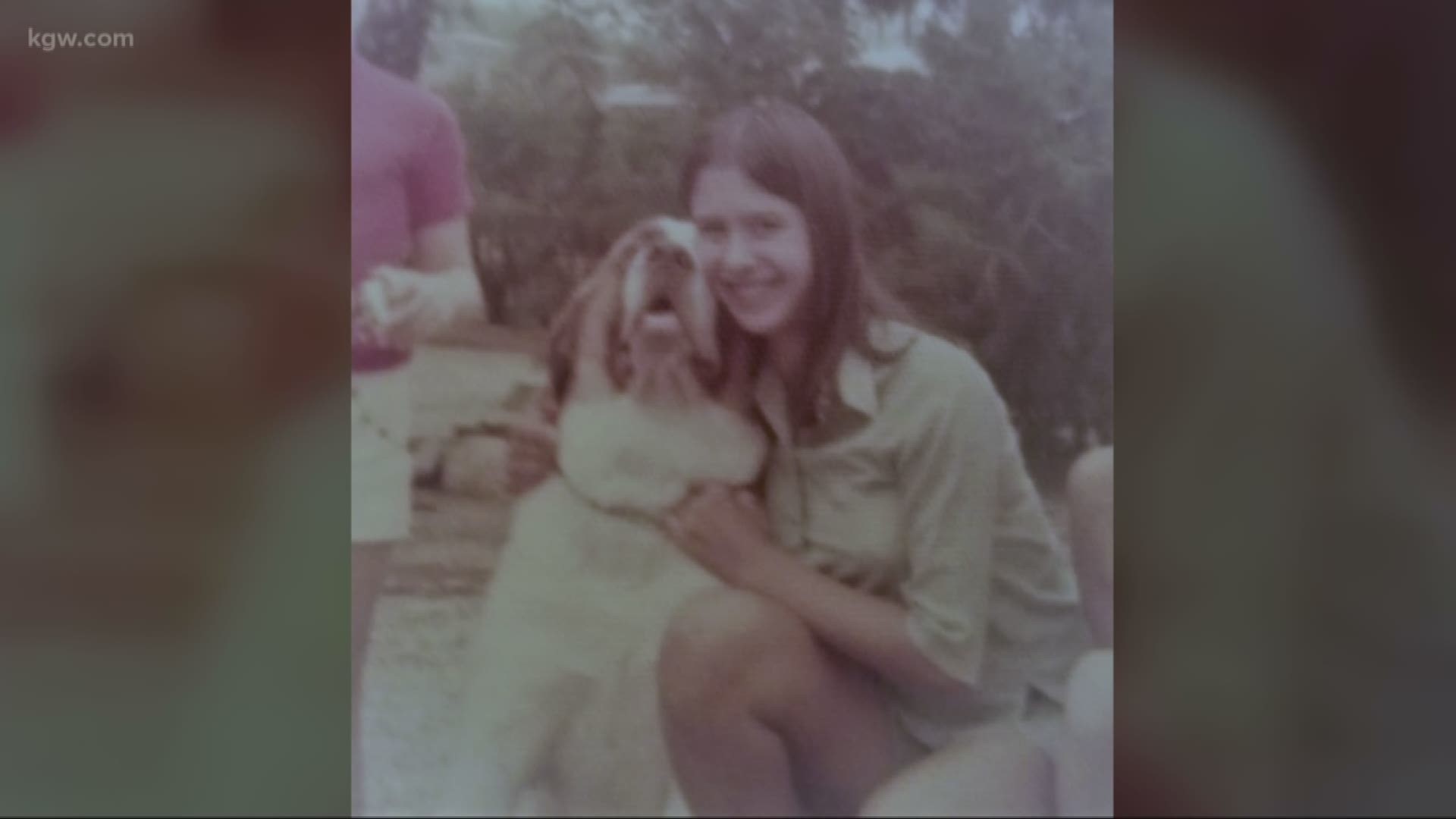 VANCOUVER, Wash. — Four decades after remains were found in rural Clark County the victim now has her name back.

It’s a cold case homicide in which the victim has been known only as "Fly Creek Jane Doe" since 1980.

On Tuesday, detectives revealed she's Sandra, or “Sandy”, Morden, born in 1962. They believe she was killed sometime between spring 1977 and fall 1978.

Newspaper archives from The Columbian in February 1980 show a father and son were panning for gold in the Fly Creek Area near Amboy, Washington when they found bones and called 911.

One article from two days after the bones were found cites then-Clark County Sheriff’s Office Chief Criminal Deputy Chuck Brink: “The skull was found about 200 feet south of Fly Creek, and the others were spread about 100 feet beyond that.”

Brink said the bones were located in a dumping area. It was determined at the time the remains had been there for more than a year.

“That area is still very rural today. Back in 1980 it was still a smaller area so for somebody to go missing generally in the local area they were documented pretty decently. So it was big news at that time,”said Clark County Sheriff’s Office Detective Lindsay Schultz, who has been leading the cold case investigation.

The news revealed the remains were of a teenage girl who'd been killed by "homicidal violence". On Tuesday, Schultz told KGW “based on minimal recovery we know that she had trauma to her skeletal remains. We do not know the exact cause of the trauma”.

Over the years, investigators made facial reconstructions and sent out numerous media releases, but weren't able to identify the remains.

She remained a "Jane Doe" for nearly 40 years.

Fast forward to this year, Clark County asked DNA technology company Parabon NanoLabs to step in and help solve the mystery. Parabon used the unidentified DNA and made trait and physical appearance predictions to come up with a snapshot profile of what the victim may have looked like at the time she died. It’s a science called phenotyping.

After phenotyping was done, Parabon applied genetic genealogy, which combines advanced DNA testing with advanced genetic analysis and traditional genealogical methods to establish a relationship between the individual and relatives.

“We’re looking at hundreds of thousands of genetic markers across the genome,” said CeCe Moore, Parabon’s chief genetic genealogist. “We're trying to use the families’ trees from those sharing the DNA with the victim to reverse engineer her family tree.”

“For her, it was just as exciting as it was for me. It was really a cold call where I identified myself and asked her if the information I was providing her made any sense and right away she said you’re calling about my cousin Sandy,” said Schultz.

The cousin provided a family DNA reference sample and bingo: Fly Creek Jane Doe was connected to the Morden family and ID'd as Sandra Morden.

“We feel it’s incredibly important for everyone to get their name back. Everyone deserves to be buried with an identity and all families deserve resolution and some type of closure,” added Moore.

Both Irene and Andy have passed away.

Detectives believe Sandy was in and out of the foster care system, but don't know exactly where she was living when she went missing.

Investigators want to hear from anyone who knew Sandy or the Mordens, especially people who knew them after 1970.

This case is still unsolved; investigators don't know how sandy died or who killed her.

If you have any information about the family reach out to Detective Schultz at lindsay.schultz@clark.wa.gov or call her at (360) 397-2036.