The mural honors the past and future of the historically Black Humboldt Albina neighborhood. 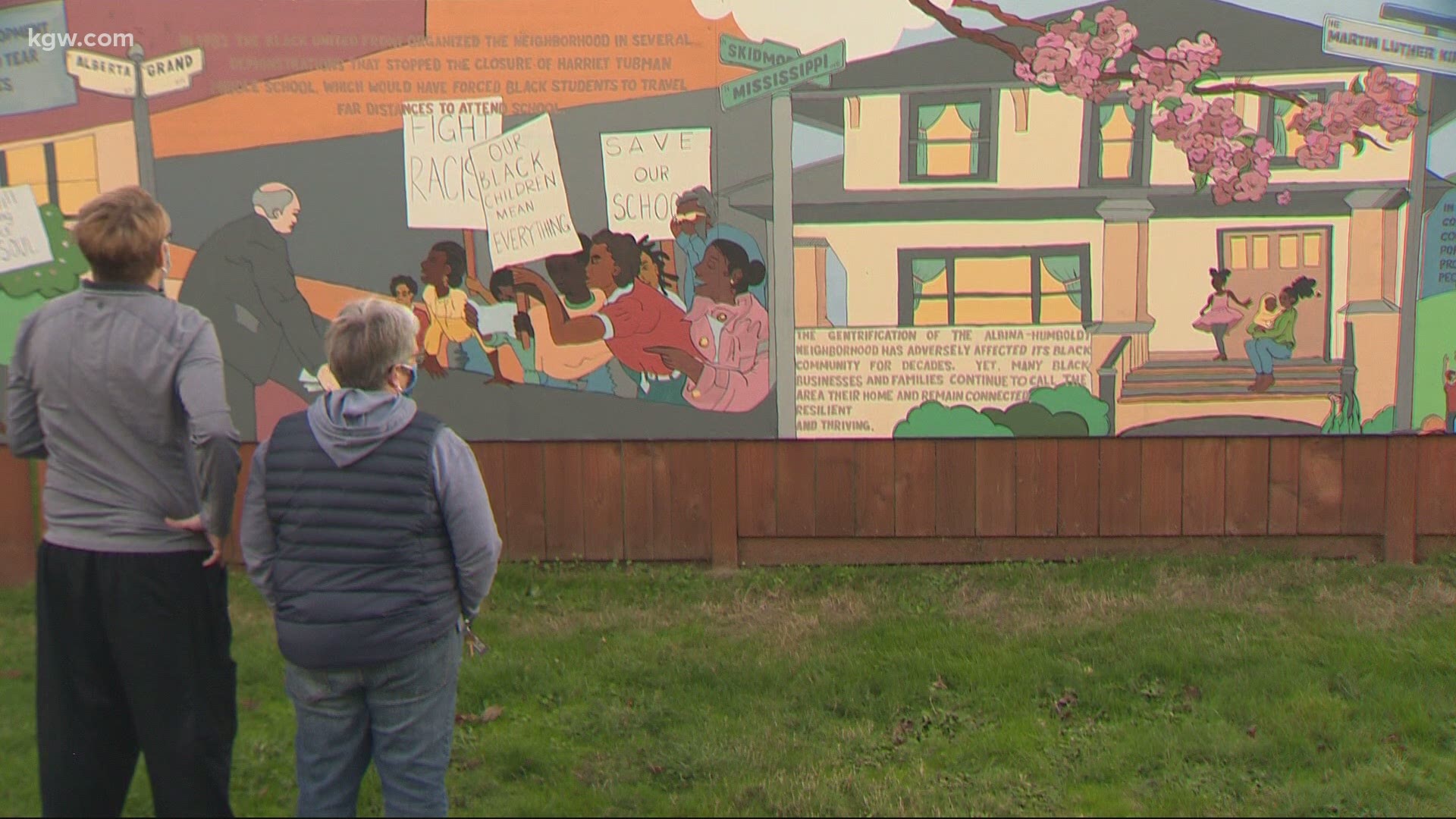 PORTLAND, Oregon — People in North Portland’s Humboldt Albina neighborhood are celebrating the history of where they live with a new mural. The artwork pays tribute to the Black community, how it made the neighborhood what it was and what they're doing to impact the future.

“So much of what we're seeing today is really echoed in the past in this neighborhood,” said Frazzini.

Last summer the couple finally found a way to honor that history. While out on a walk they met artist Daren Todd, who was painting a Black Lives Matter mural. The three created a shared vision for a mural along Frazzini's back fence, which runs along the Haight Avenue, Going Street walkway.

“To look and know that something I was able to paint is making people slow down and talk to their kids and it's teaching people things, I'm overwhelmed,” said Todd. “It's beyond my wildest dreams.”

The mural is a timeline of sorts beginning in the 1960s. That's when a group of local Black leaders organized the Albina Neighborhood Improvement Committee and secured $1 million in federal funding to beautify Black neighborhoods. They planted over 500 trees including several cherry trees that Todd depicted in the mural.

“I mean, everyone should know that!” Todd said.

Among those Black leaders was Mrs. Opal Strong. Her son Jackie was 10-years-old and still lives in Portland. He joined neighbors who gathered to celebrate the mural.

“I realized the way they depicted her, illustrated the strength she had,” said Strong. “She matches her Strong name. She's carried a lot of people and helped build our community of Portland.”

The mural also illustrates the pain brought on by gentrification and the outrage felt during this year's protests against police brutality.

“Everything has been dark,” said Todd. “Almost every day of painting this mural has been darker than the last.”

“[Todd] really worked hard through the sun, the rain the smoke, the pandemic and the racial uprisings to make it happen,” said Frazzini.

RELATED: 'There is beauty in the darkness': Boarded up businesses become works of art