Seats and sounds: Oregon sculptor creates musical bench for the public to enjoy

Tualatin Valley Creates has selected four Oregon-based artists to create four unique musical benches to serve both as a place to sit, and a piece of public art. 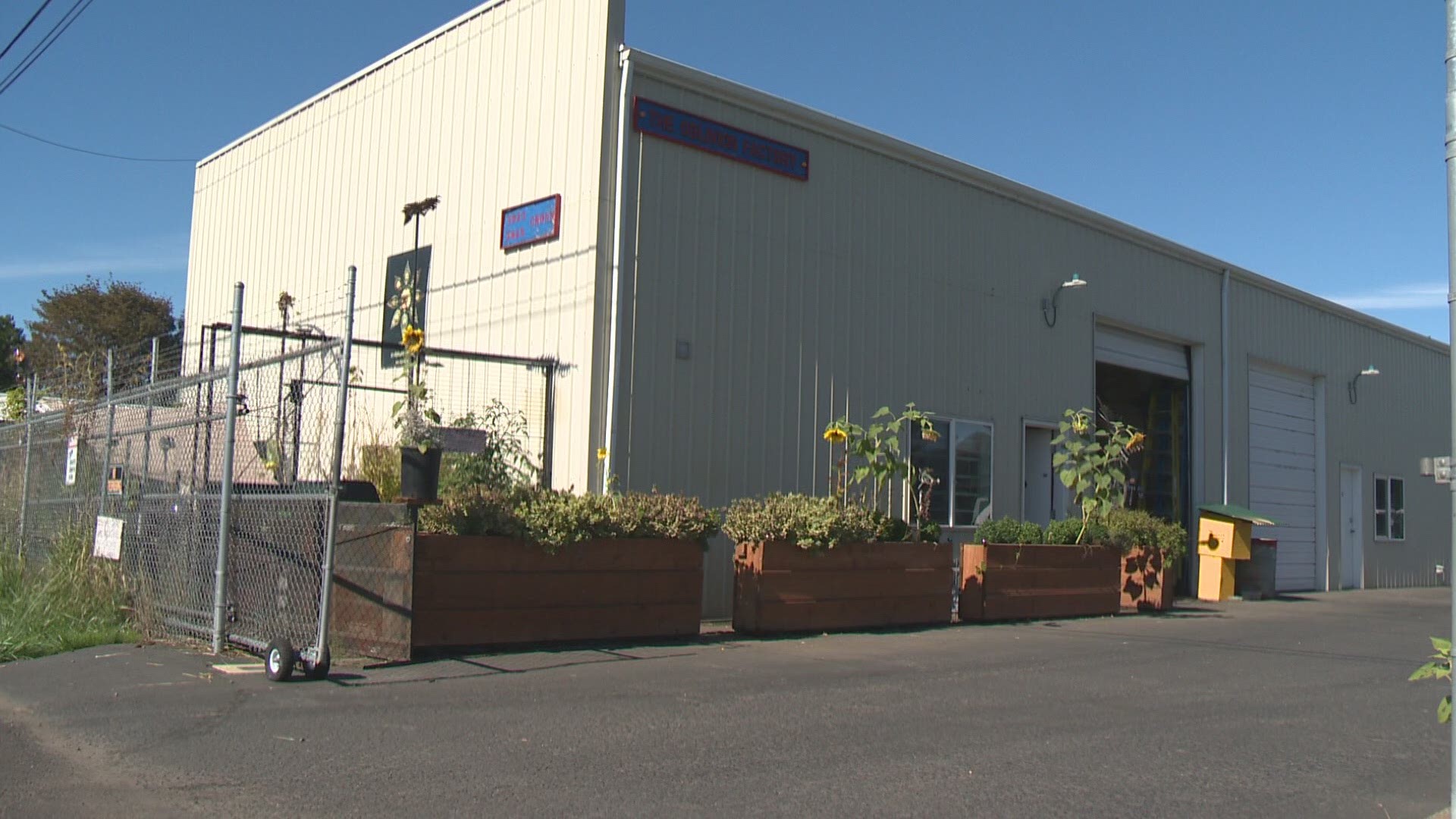 EUGENE, Ore. — The wheels are always turning at The Oblivion Factory in Eugene, Oregon.

“I’m always looking for shapes that can be repurposed into anatomy or something creative,” he said.

Turner has been a sculptor for 25 years, and his artwork is certainly eye-catching. He specializes in sculptures that are pieces together with discarded scrap metal.

“Some of the things I use right away and can see immediately… Some things have to marinate here in the studio for years before I figure out how I want to use them,” said Turner.

Piled high in his shop is a library of scraps that are mostly worn down and weathered. Turner collects the pieces from junkyards and second-hand shops. When he gets a hold of them, they get a new life.

“I might not know what part of a motorcycle this is from, but I know that it looks like a shark abdomen and that helps me get to where I need to be with the found objects,” he said, pointing to a nine-foot-long shark sculpture he completed for a local brewery. “I have a full can of that beer welded inside the heart. You'll really never see it but it's there.”

Turner welds and saws through chrome as he works and perfects his creations, but his latest piece is definitely louder than any noise coming from his tools.

“They left the idea open for how to make something interactive and musical. They wanted something functional and also playful that the public could engage with,” Turner said.

Tualatin Valley Creates, an art-centric organization has commissioned Turner and three other Oregon-based artists to create their own musical bench. Turner bright red bench will be installed in downtown Forest Grove.

“My proposal for a musical bench was what I call “The Wishing Bench,” and it takes this large bell shape which is an old welding oxygen cylinder welded up on the top, and then this wishbone shape, which is where the idea of wishing bench comes from to bong the bell,” Turner said.

It’s a public place to sit, but also a public piece of art. The bench features a large metal wishbone that strikes the large cylinder like a bell. Turner will add rubber heads to the metal to soften the noise, but once it’s complete, he hopes the public will use it as a place of reflection.

“I feel honored to have created a piece that will be a part of the public life and Forest Grove,” he said. “And to not know what all that will look like whether it's just somebody resting for a few minutes because they've had a long day, or somebody really engaging with it and dreaming and making a wish, and hopefully that wish comes true.”

The other three benches in the works will be installed in other Oregon cities. To find out more about Tualatin Valley Creates, and the musical bench project, click here.