Construction on the $26 million North Williams Center will begin in March with a a targeted completion date of May 2020. 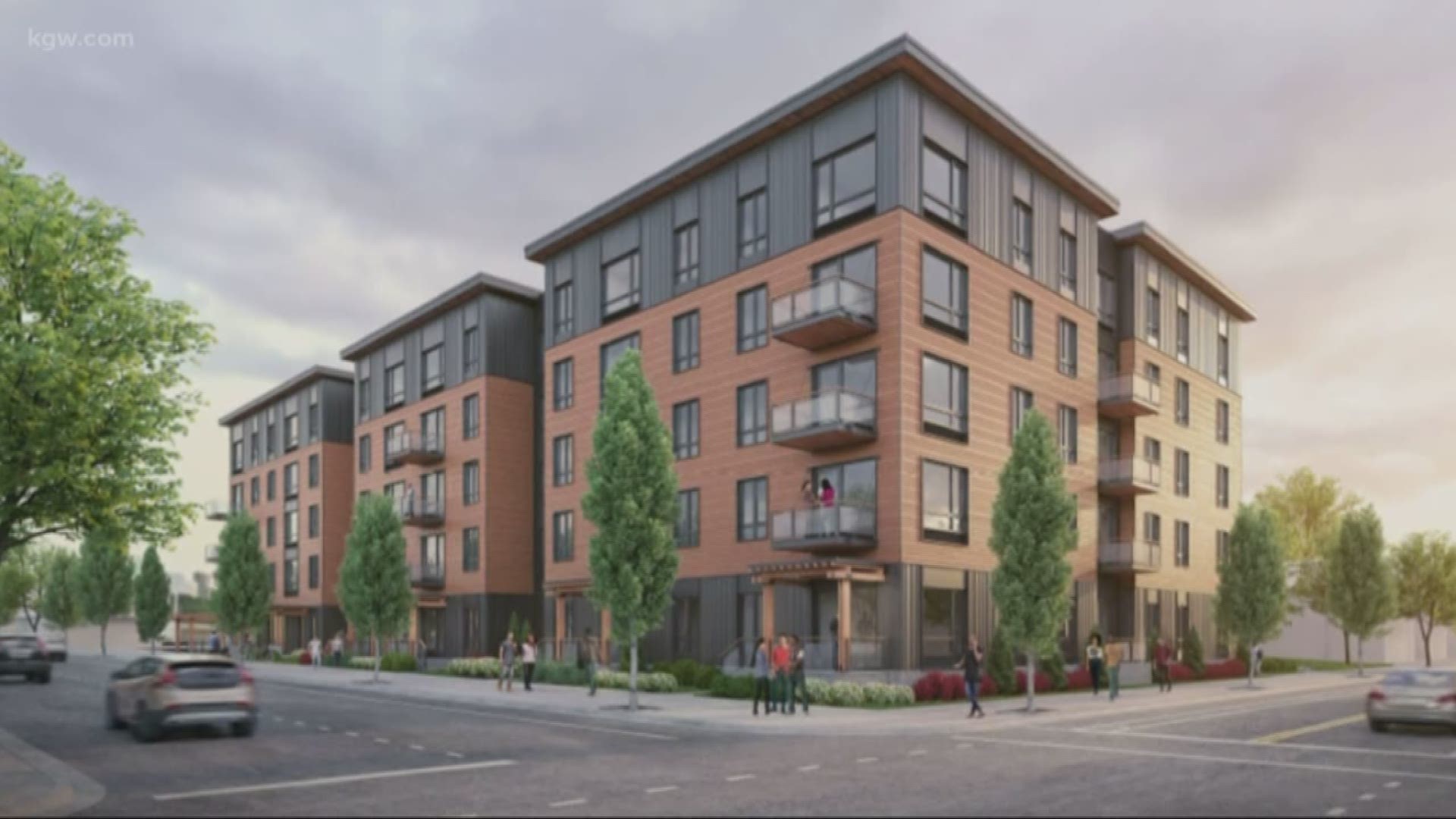 PORTLAND, Ore. — The Portland City Council unanimously approved financing for the construction of a 61-unit affordable housing project in the Eliot Neighborhood of North Portland on Wednesday.

The City of Portland will pay $4.5 million of the $26 million cost to develop the North Williams Center housing project. The rest of the funds will come from state and private lenders.

"This is truly an exceptional partnership," Portland Mayor Ted Wheeler said Wednesday. "It's just one more demonstration of what we can do when we pull in the same direction."

The housing project, which will be located on North Williams between Thompson and Tillamook, will be a four-story, U-shaped complex that includes large family units from one to three bedrooms. It will have a children’s area, community gardens, gathering spaces and parking.

Construction will begin in March with a completion date targeted for May 2020.

San Francisco-based BRIDGE Housing was selected by the Portland Housing Bureau in 2016 to develop the center, a project that will serve “very low- and low-income families." Longtime residents and those who have been displaced in the neighborhood will be given priority on the units.

The Portland Housing Bureau said Wednesday that family units will be available to those with annual incomes between zero and $50,000. Ten of the units will be reserved for people transitioning off the streets.

“While the neighborhood has a rich cultural heritage, many longtime residents have been priced out and displaced,” said BRIDGE Housing president and CEO Cynthia Parker. “We’re proud to be part of the solution and are committed to bringing quality and affordability to Northeast Portland.”

The planning stage took longer than expected because construction costs rose dramatically over the past couple years, according to BRIDGE Housing senior project manager Destin Ferdun. The price tag for the project rose from $18 million in 2016, when BRIDGE was awarded the project, to $26 million today.

"There has been about a 20-percent construction cost increase year over year, so we've been chasing costs," Ferdun said. "Plus, there were several environmental remediation issues on the property we had to get worked out."

The development will use 40 Project-Based Section 8 vouchers from Home Forward, a local public housing authority. For those 40 units, residents won't pay more than 30 percent of their income on rent, regardless of how much they earn.

"Their income could be $5,000 a year, it could be $0 a year, but the voucher restricts the amount of rent they owe to no more than 30 percent of whatever that income is," said Portland Housing Bureau spokesperson Martha Calhoon.

The other units with will be based on affordable housing rates, based on the individual's income.