The FBI and IRS are investigating whether there was any wrongdoing that led to the 2021 World Athletics Championships being awarded to Eugene, according to a BBC report. 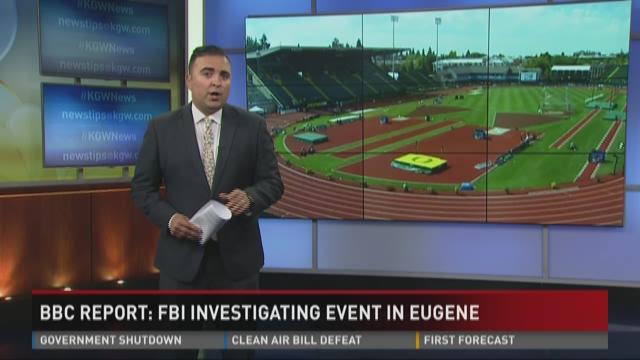 The FBI and IRS are investigating whether there was any wrongdoing that led to the 2021 World Athletics Championships being awarded to Eugene, according to a BBC report.

A spokesman for the International Association of Athletics Federations said they are unaware of any investigation by the FBI or IRS.

"The IAAF team has not received notification from the FBI or IRS. However we are committed to working closely with any key investigation, as we do with the French investigation team, and will take action if proof is found of any wrong doing in an IAAF bidding process."

Neither the FBI nor the IRS responded to the BBC.

The BBC report also states French officials have been investigating the awarding of the event to Eugene since 2015.

The IAFF awarded the world championships to Eugene in 2015, but did so without going through the normal bidding process, according to the BBC. The Swedish city of Gothenburg had "strong interest' in the event, but was denied the chance to make a rival bid.

In 2015, BBC reported it had uncovered emails claiming current IAFF president Lord Coe, who was being paid the equivalent of about $115,000 annually as a Nike ambassador, had reached out to former IAFF president Lamine Diack in 2015 to support Eugene's bid.

Nike's headquarters are in Beaverton, about 100 miles north of Eugene. The company is also a major funder of the University of Oregon athletics department. The world championships will be held at Hayward Field on the U of O campus.

Nike released the following statement Thursday about the investigation:

"Nike believes in ethical and fair play in both business and sport. We have always been an avid supporter of track & field, and believe that the 2021 World Track & Field Championships taking place in the USA, for the first time ever, is a positive step for the sport’s continued growth. We are not a sponsor of the IAAF or the World Track & Field Championships and were not party to the bid or the decision to award 2021 to Eugene."

Coe was elected president of IAFF in 2015 after Diack resigned following an arrest for allegations of corruption. He denies having lobbied on behalf of Eugene's bid.

Coe has since stepped down from his role with Nike.