The business has struggled to get by through the pandemic and downtown protests, and was even vandalized and looted last spring. 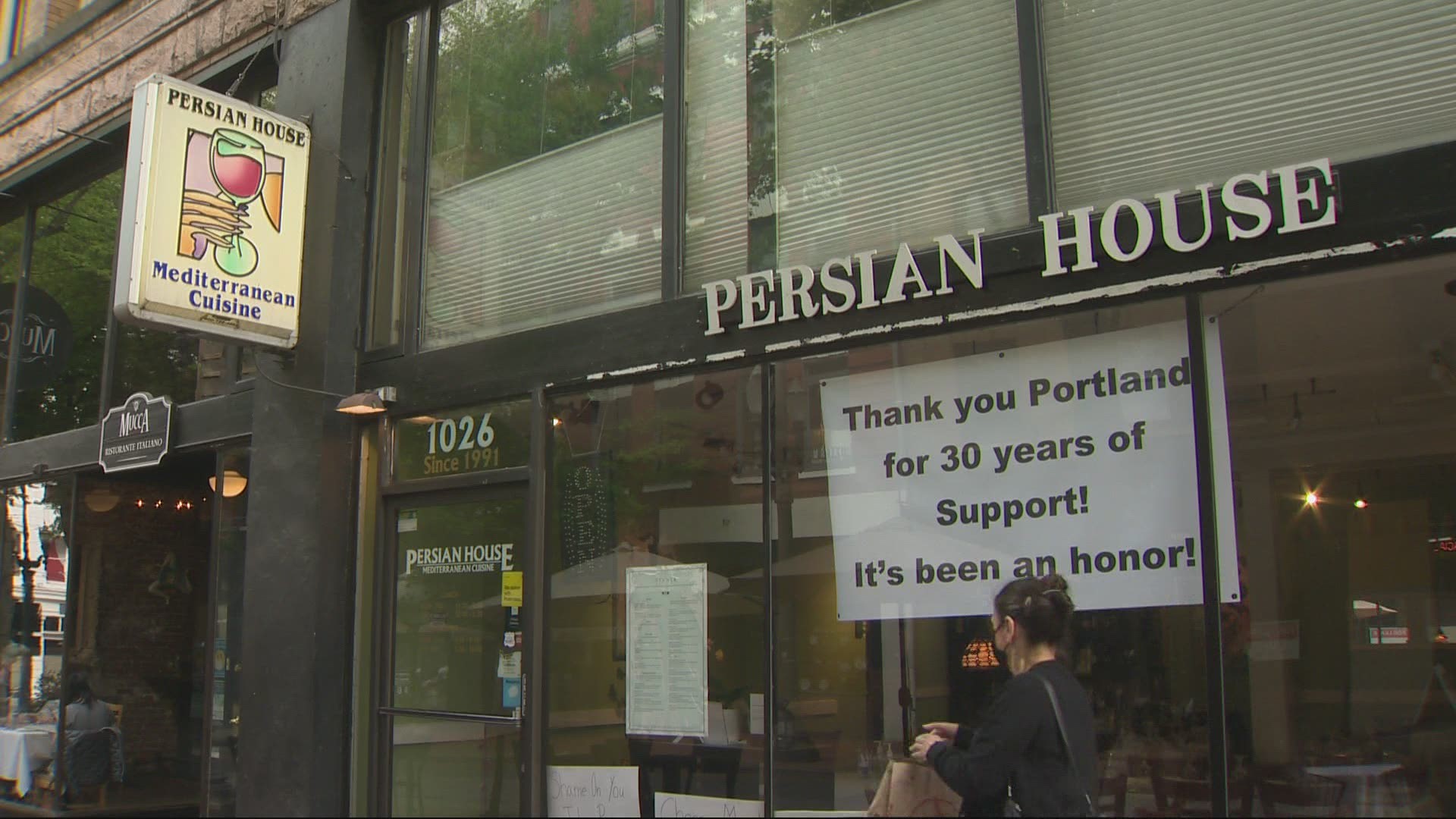 PORTLAND, Ore. — Persian House is closing its doors at the end of the month after 30 years in downtown Portland.

The immigrant-owned Mediterranean restaurant has struggled during the pandemic, and it was even vandalized and looted shortly after the protests began in May of last year.

Owner Shahryar Houranpay expressed sadness and frustration with the landlord of his family's business for ending their lease agreement so that new tenants can move in.

"The past 30 years were filled with great memories with our customers and friends but also some amounts of pain," Houranpay, 73, wrote May 5 on Persian House's Facebook page.

"It is no secret that the last year's looting and vandalizing, in addition to the pandemic, really took a toll on all small businesses, including us. But outside this unfortunate event, we want to continue remembering the outpouring of support we received after those events which made us stronger and gave us a reason to not give up in front of adversity. For that, WE THANK YOU, Portland!"

KGW obtained a letter and email to the family from their restaurant's landlord, John Parsons with the law firm Parsons Farnell & Grein, that explain the reason for the lease termination.

According to the email, the restaurant switched to a month-to-month lease in July, after the pandemic and protests began. The email also said the family owed $3,868 in back rent that was due March 31 but did not get paid.

In mid-April, Parsons notified them that the law firm was close to reaching a deal with a new tenant and by early May, he confirmed that a deal was reached.

"This conclusion is especially hard because Persian House has been a long-term tenant of ours and a dynamic presence in our building," Parson wrote to the family.

The firm also said in its email that it was not optimistic about reaching a deal because of negative business trends over the past year for the Persian House and other Portland restaurants.

KGW has not learned who the new tenant will be.

A GoFundMe page has been created on behalf of the Persian House.