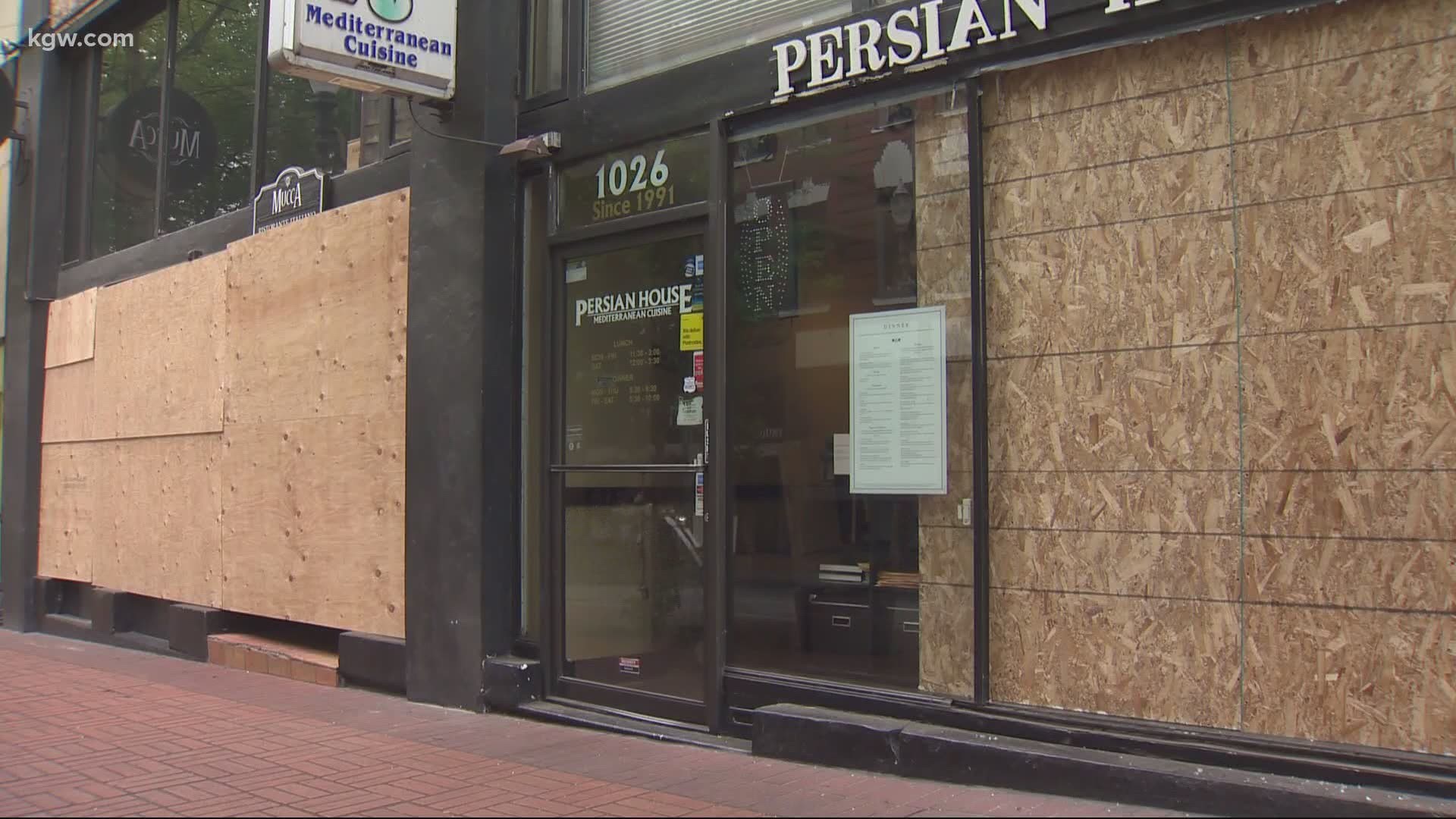 PORTLAND, Ore. — The Portland Business Alliance has released a statement detailing economic damages due to riots in the last few weeks. The numbers come from a survey conducted with downtown business owners.

PBA says the downtown area has lost more than $23 million - $4 million from physical damages, and $18 million in lost revenue.

"We recognize that the information below and attached provides a snapshot and narrative of the economic damage," said Amy Lewin, Vice President of Strategic Communications with the PBA. "However, we clearly recognize that systemic racism is the root cause of the community outrage resulting in ongoing demonstrations. We stand with our community members’ expression of frustration."

One of the downtown businesses feeling the impact is Watchworks Incorporated. President Alex Hofberg says windows were broken and the business was looted. Seven showcases were destroyed with people stealing watches and jewelry. Hofberg says the company is still assessing the cost to rebuild and replace everything.

Over at Persian House Restaurant, Sara Houranpay says her family is also trying to pick up the pieces. She says expensive Persian art was stolen and damaged, and the rebuilding process will be long.

"Oftentimes people say, is the insurance going to cover this? Insurance companies don't come to you the day after and hand you a check," Houranpay said.

Houranpay says the restaurant could reopen in July and the only reason it can is because of a GoFundMe campaign that was started, which has raised over $15,000 so far.