Rabbi shares tips on how to speak to kids about anxiety

Rabbi Brian has an online congregation called 'Religion Outside the Box.' He counsels several families and wants to help people cope with their anxiety. 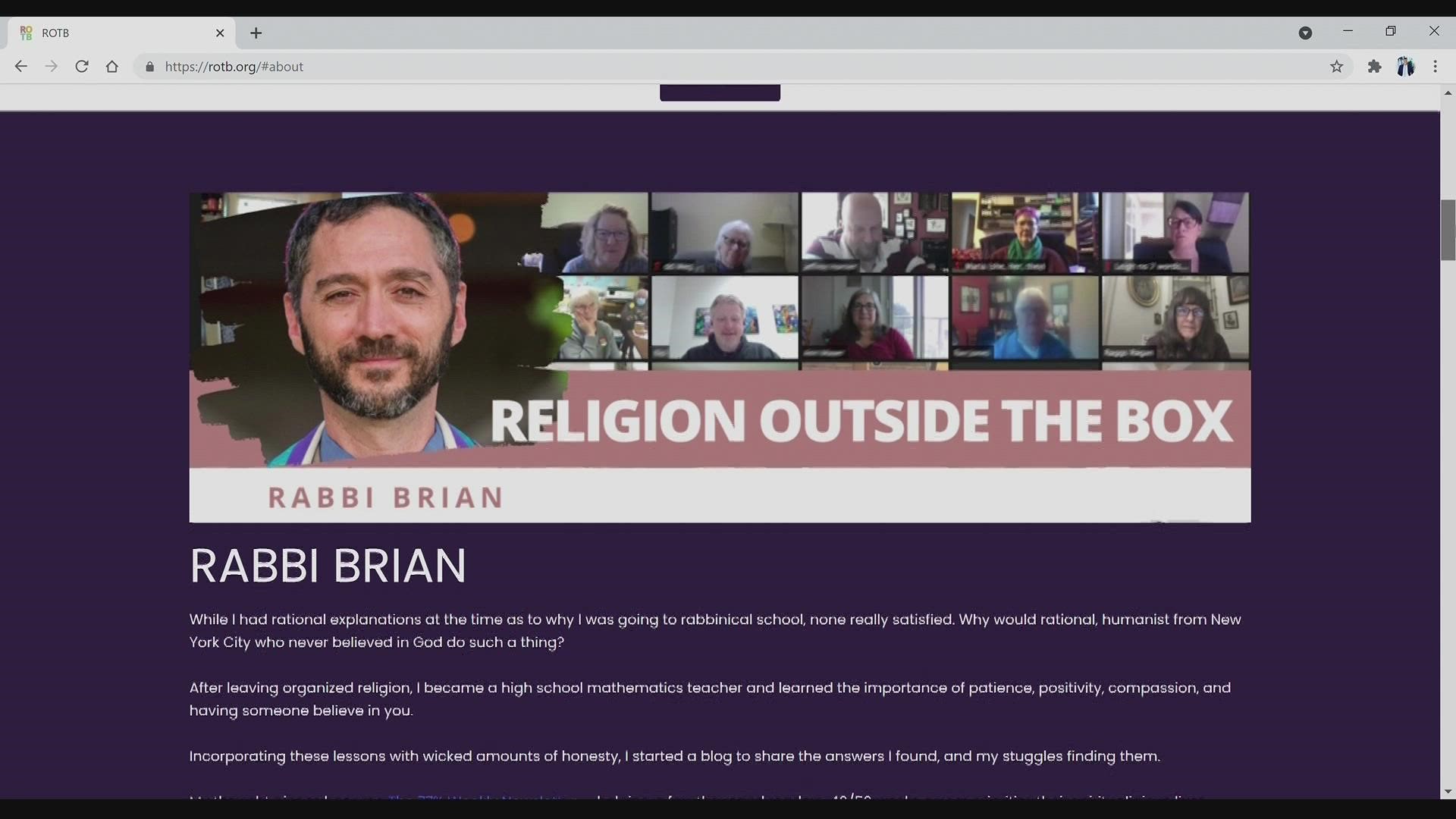 PORTLAND, Ore. — Between the pandemic, political unrest and natural disasters, there is a lot going on right now that can make people feel anxious. One local man is trying to help families make sense of it all.

Brian Mayer, who goes by Rabbi Brian, has an online congregation called 'Religion Outside the Box' which has over 3,000 members. He currently counsels several families and has been working to help children and adults deal with anxiety.

Brian said children, including his own daughter, are having a particularly tough time right now. The kids he counsels have spent the last 18 months of their childhood in a pandemic. Not only that, they've seen violence and political unrest taking place in the city of Portland. Brian said there's a lot of uncertainty, which adds to the anxiety. One of his favorite tips includes focusing on the present.

RELATED: Therapist gives advice on how to handle mental health after the pandemic

Brian said parents should also try to explain that throughout history, people have been through pandemics and other challenging times. Parents can assure their children that past generations got through difficult times, and so will we. Parents should also make sure their children know it's alright to ask for help, but do not force children to talk. Brian said they'll come to you when they're ready.

RELATED: Oregon campaign promotes 'care and connection' as kids head back to school