After closing in 2018 after the original owners moved away, a couple who volunteered bringing adoptable cats to Purrington's bought and remodeled the business 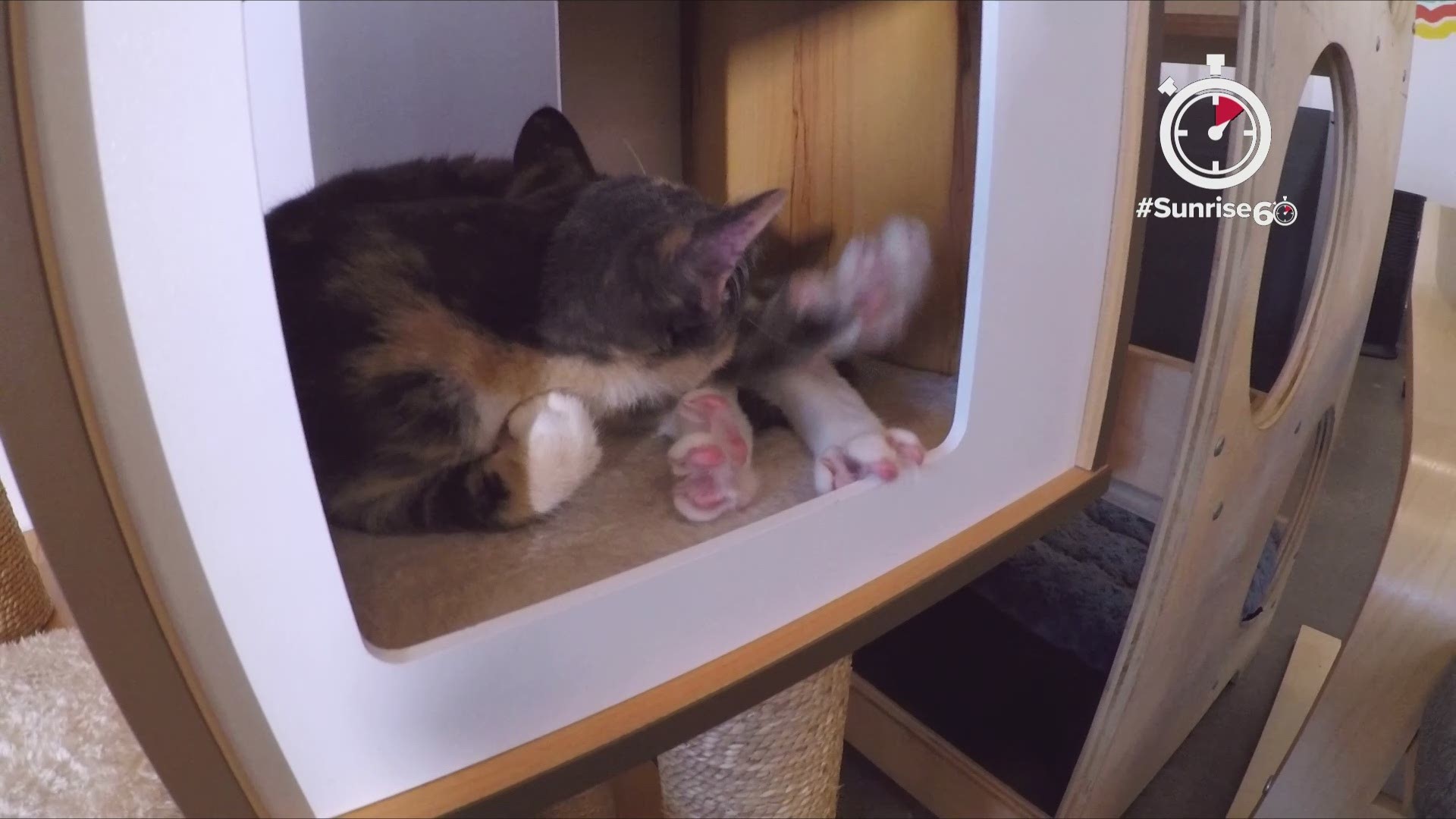 PORTLAND, Ore. — The meow-mecca for Portland cat people that closed down when the owners moved to the east coast one year ago, is now back open, remodeled and with new owners.

Purrington's Cat Lounge on Northeast Martin Luther King Jr. Blvd. at Fremont Street was the first of it's kind cat cafe in the Pacific Northwest when it originally opened in 2015.

Inspired by similar cat cafes in France and Japan, it became an instant hit with families to come visit and pet cats, people looking to adopt and those just wanting lunch or a cup of coffee and to be around them.

Purrington's is still the only cat cafe in Oregon, with over 600 adoptions.

When the original owners planned to move to the east coast, Purrington's announced it was closing in December 2018. That's when Garrett Simpson and his partner Helen Harris decided to buy the business.

The pair had been volunteers with Sherwood-based Cat Adoption Team that chooses which adoptable cats have the right personality to hang out in a cat cafe like Purrington's. Garrett and Harris then did their research on what worked and what didn't work in other east coast cat cafes and remodeled the space to fit their vision.

Under their new ownership, Purrington's just re-opened in December.

The cafe side of the business where pastries, soup, salad and sandwiches are served, along with coffee drinks, beer and wine is larger. Simpson is a professional chef, having cooked in the kitchens of Portland's Davenport restaurant most recently, Evoe and Screen Door.

"You can take any of the food and beverage with you into the cat lounge. We ask you don't feed the cats the food obviously," said Simpson. "The health department doesn't allow us to serve you in there, you would have to willingly take it in yourself."

To go into the cat lounge area of Purrington's, it does cost a fee of $6.00 for 30 minutes, or $12.00 for an hour. Simpson says the money goes to the care and feeding of the cats, as well as a full-time employee to be in the room to answer questions, care for the animals and assist in filling out adoption questionnaires.

On the weekends, it can get very busy so there is an online reservation system to specify a time you'd like to visit.

The cat lounge has anywhere from 6 to12 adoptable cats that roam free, play and sleep wherever they please on chairs, cat beds on the floor and elevated cat perches high above.

Purrington's provides cat toys for guests to better interact with them and plenty of seating to relax.

Adoptions are performed just like at any humane society. If you are interested in a cat, a 24-hour hold will be placed on them with your name after you fill out a questionnaire to give each side time to think about the decision, before the animal is brought home.

RELATED: #Sunrise60: Five indoor plants that will stay alive in the Northwest 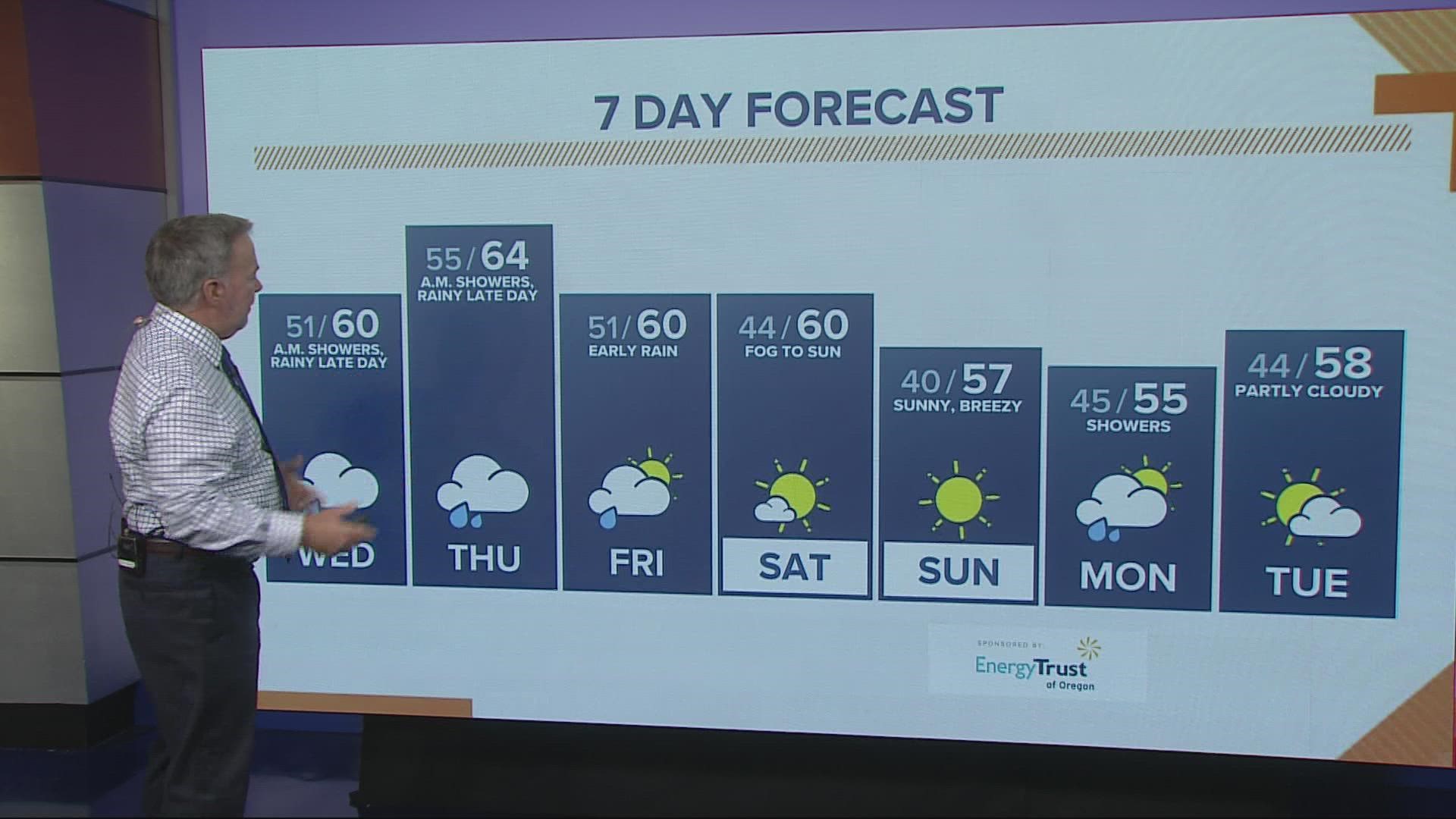