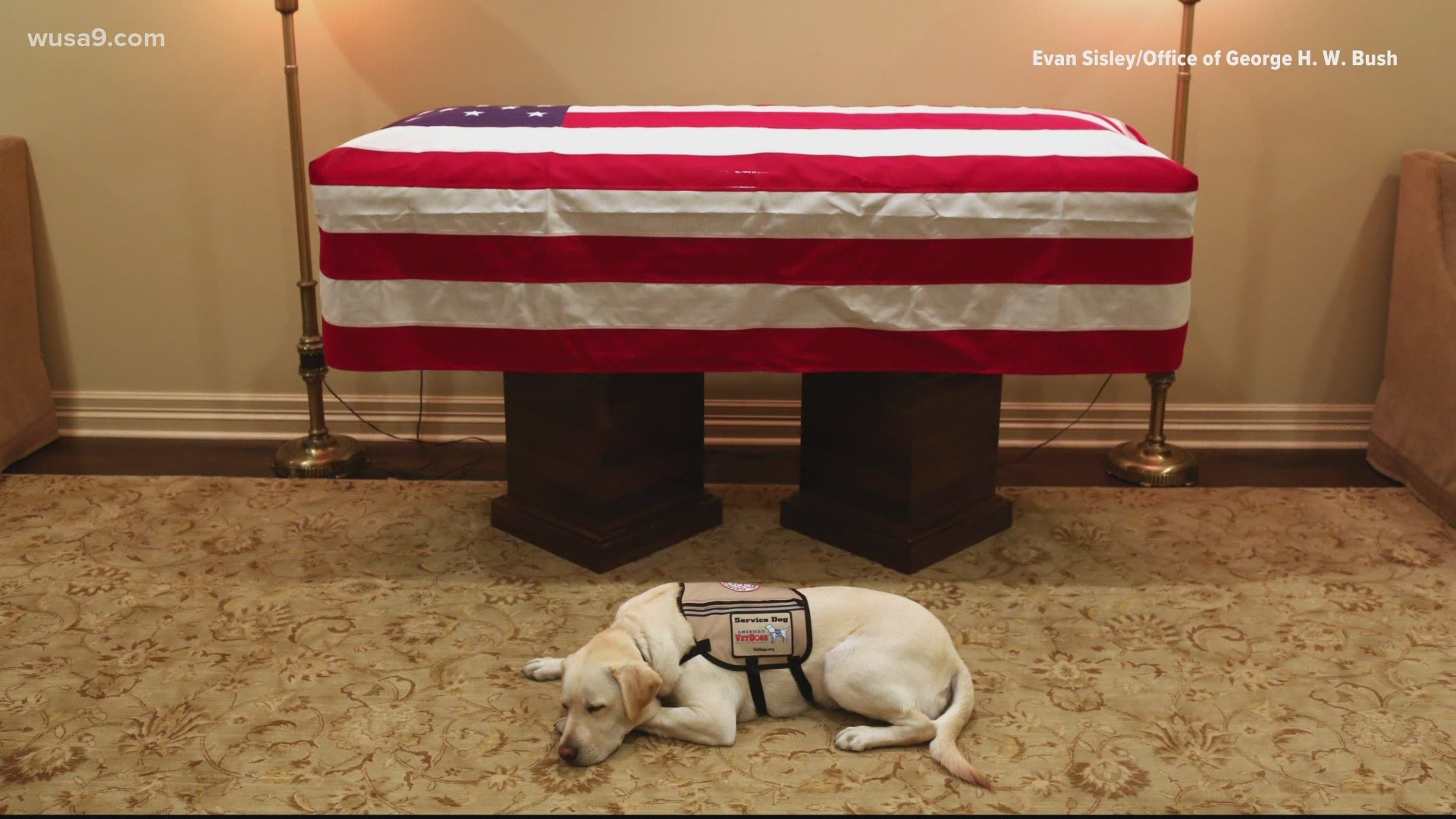 SMITHTOWN, N.Y. — Veterans Day is about honoring all those who serve. Including pups like Sully.

Sully the service dog was honored with a bronze statue unveiled on Long Island, New York, where Sully was born and raised before he became the constant companion of President George H.W. Bush.

Sully stood by the former president at his wake and funeral, captured in photos that went viral.

"I had the joy of meeting Sully and spent three hours measuring, admiring and getting to know him," said the statue's sculptor, Susan Bahary told CBS News. Bahary said she was so taken with the dog's loyalty and devotion that she dedicated her art to America's VetDogs.

It costs more than $50,000 to breed, raise, train and place one assistance dog. America's Vetdogs provides that service free of charge.

"The beauty of Sully is that he crosses all barriers -- maybe he misses the job he did before, but he is very happy to be doing what he's doing now because he touches so many lives," Cramer said.