Yeraldin Guerra, whose car was one of those smashed, said it sounded like a "semi colliding into a building" when the tree came down. 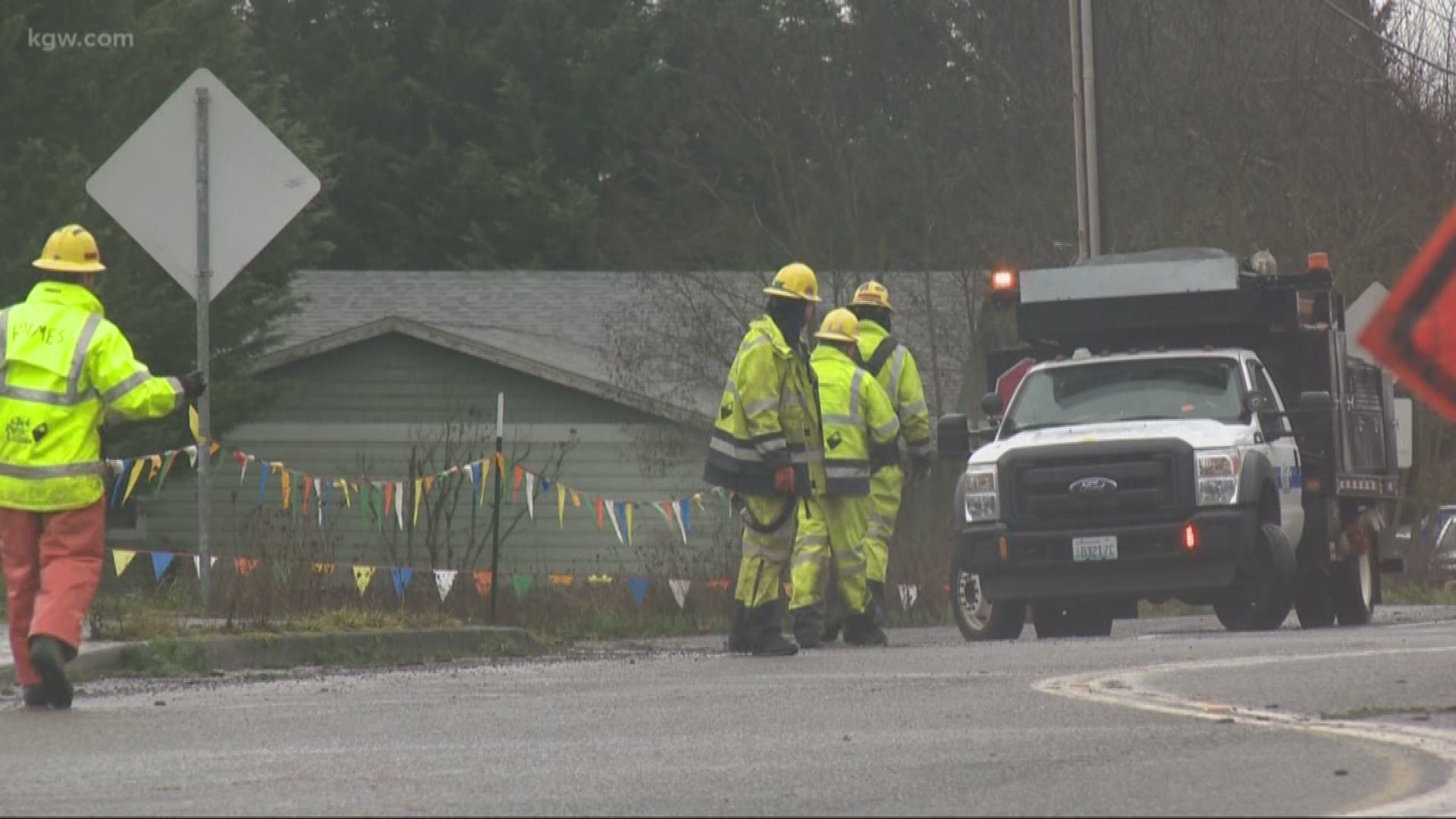 "It sounded like a semi colliding into a building or something," said Yeraldin Guerra, who went running outside when she heard the massive tree fall late Saturday night.

Her gold Honda Civic is among those crushed.

"She did immediately say 'It was the tree!'" said her sister Leslie, who was visiting at the time. "I was like, 'No, I think it's an accident.' She's like 'My car!' and runs outside. I was like, 'Oh, I guess it was the tree and your car. I'm sorry.'"

Guerra said she’d heard the tree creaking in high winds before and had even instructed neighbors to move their cars out of the way.

Saturday’s windstorm, which toppled trees across the area and knocked out power for tens of thousands, came so fast, she didn’t have time.

"The one time I didn't check. It figures," she said.

Guerra added no one was in the parking lot when the tree fell, and she’s confident her landlord will cover damages. 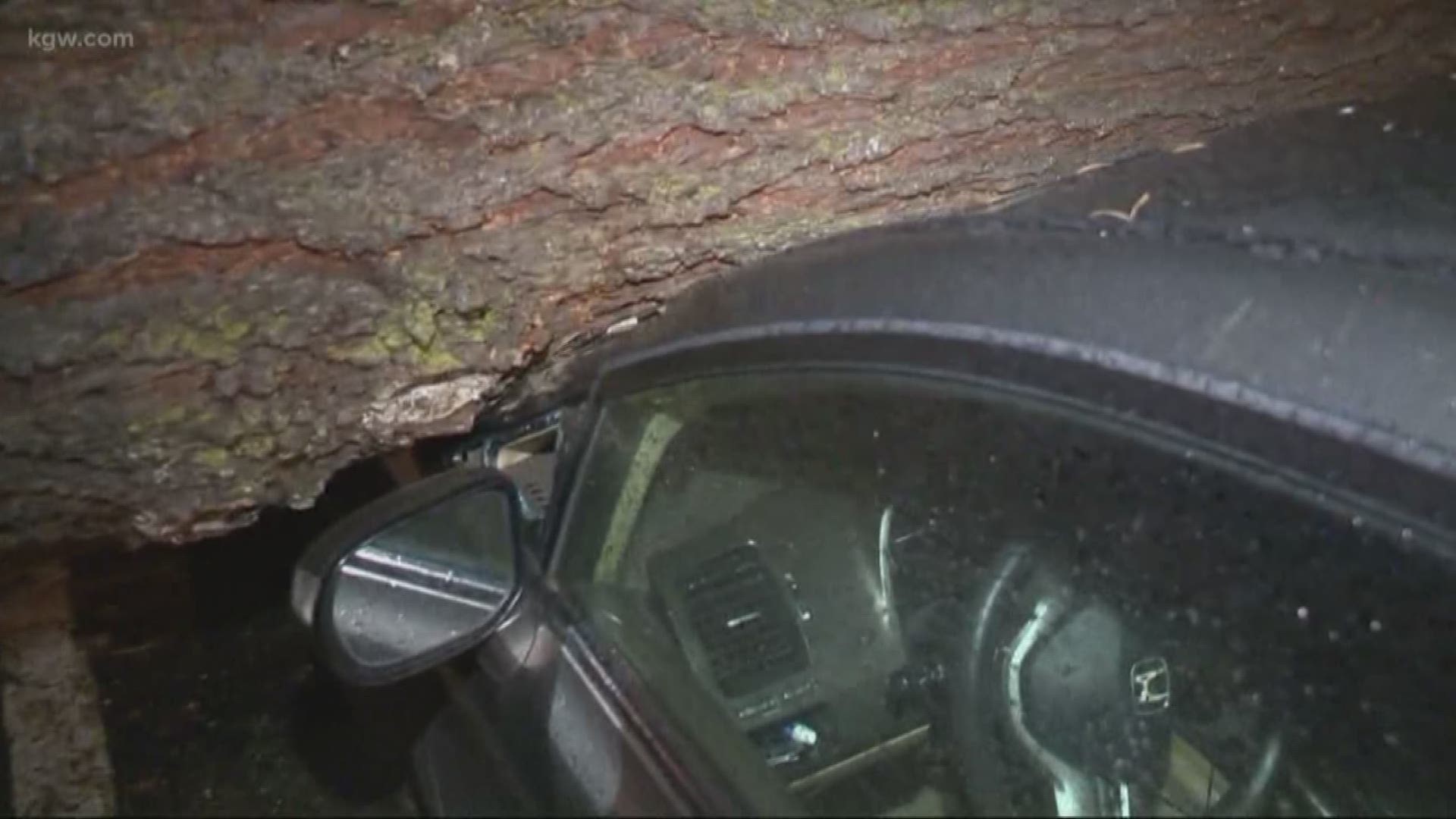 The tree was the most visible sign of the damage inflicted on much of northwest Oregon and the Willamette Valley on Saturday night and early Sunday morning during a windstorm that saw winds reach 60 mph in the greater Portland metro area and 80 mph in the Oregon coast range, according to the National Weather Service.

A High Wind Warning along the central and north Oregon Coast ended Sunday morning, as did a wind advisory for the Willamette Valley and Portland area.

The strongest winds occurred along the Central Oregon Coast, south of Tillamook, and into the southern part of the Willamette Valley, south of McMinnville, according to the NWS.

The storm brought down trees and left thousands without power.

Get the new Portland weather app!