The tornado touched down at around 11:15 a.m. Tuesday, a couple miles north of Manzanita. 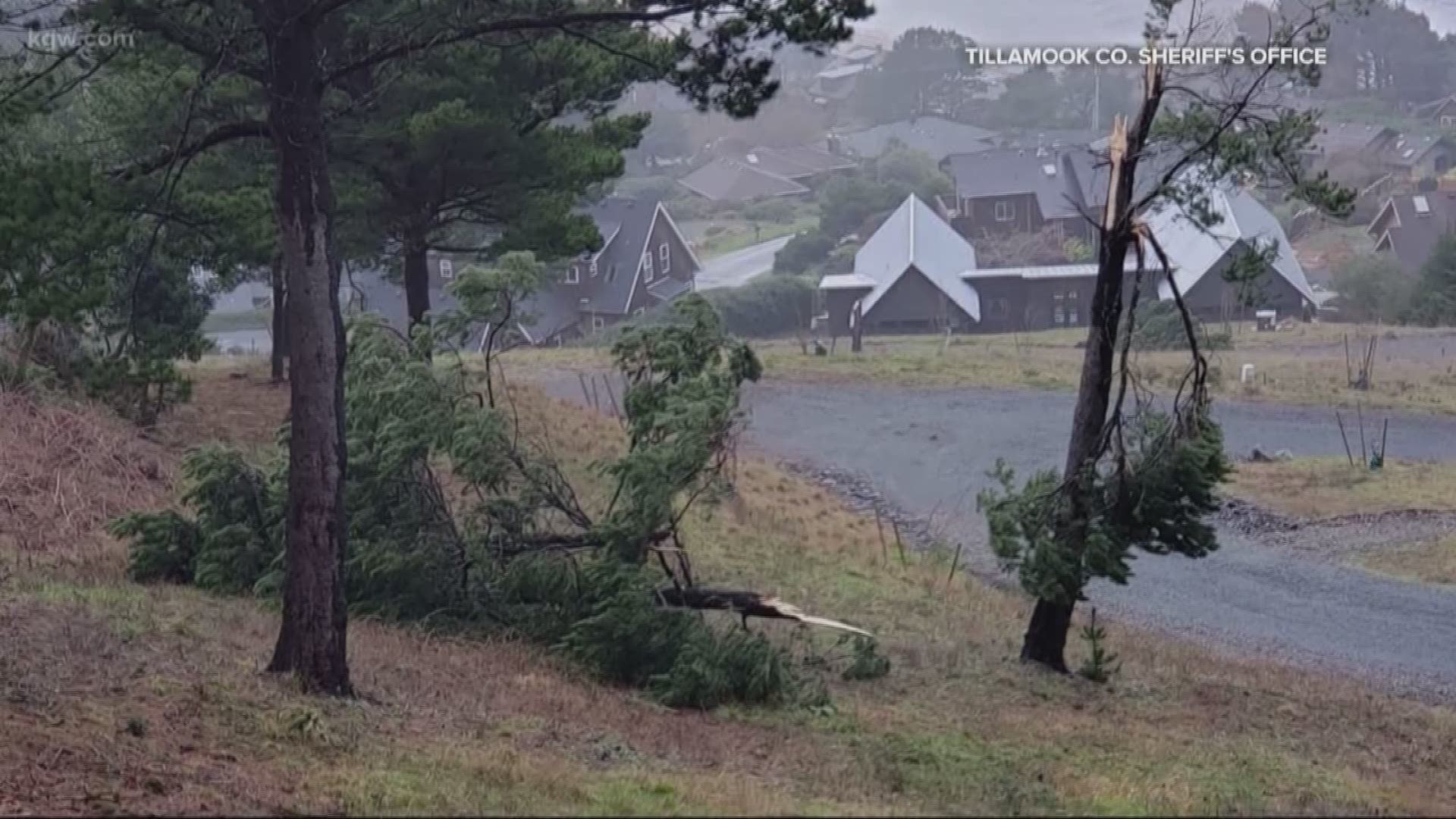 MANZANITA, Ore. — A tornado touched down about three miles north of the Oregon Coast town of Manzanita late Tuesday morning.

The tornado, an EF-0, had estimated winds of 65-70 mph, according to the National Weather Service. It touched down along Kahnie Trail Loop at around 11:15 a.m.

Photos from Tillamook County Emergency Management Services show some of the damage caused by the tornado. A few trees were knocked over and a few homes had minor damage.

"Witnesses described it as being about 20 feet in diameter," said Nehalem Bay Fire Chief Chris Beswick. He said the station got about a dozen calls about the tornado, most from people living out of the area wanting a crew to check on their homes.

"It is paradise but we do get some weather," said Beswick, adding that no one was hurt in the tornado.

1 / 5
Tillamook Emergency Management Services
Damage from storm near Neahkahnie Mountain on the Oregon Coast on Jan. 21, 2020

There was active weather elsewhere on the Oregon Coast. The weather service reported a waterspout was spotted near Depoe Bay shortly after 11 a.m. Andy Moffitt with Eugene TV station KEZI shared a photo from a viewer of the suspected waterspout.

KGW chief meteorologist Matt Zaffino said that in addition to the tornado and waterspout, there was a lot of lightning on the coast Tuesday.