The airline said fares will start at $89 for a one-way flight. 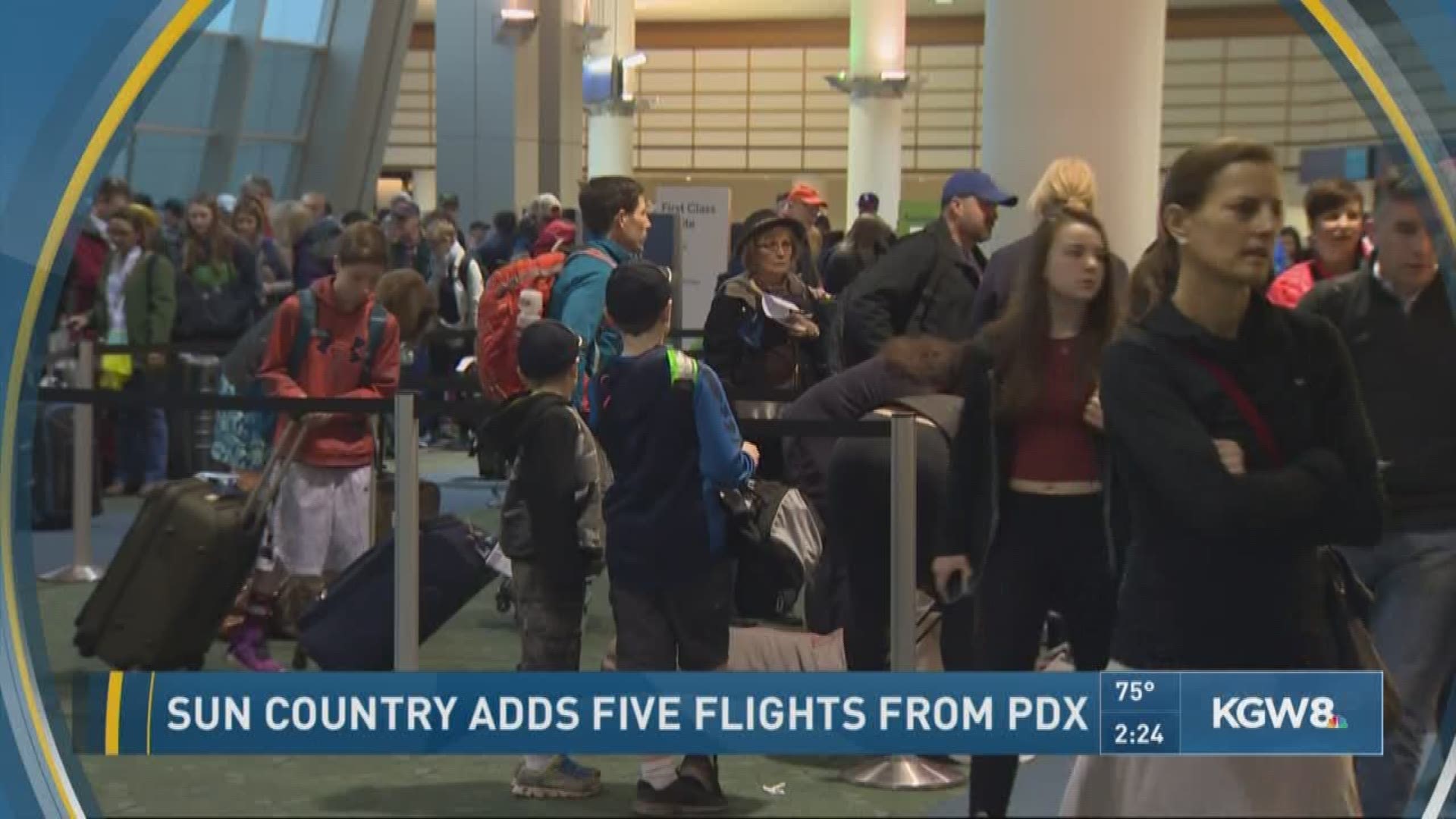 The airline said fares will start at $89 for a one-way flight.

"We’re excited to continue expanding our destination offerings for Portland residents, as well as bring more visitors to visit this great city," said Ted Botimer, chief commercial officer for the airline, in a prepared statement.

For more on booking flights on the newly-added or existing routes, visit the Sun Country Airlines website.

The new routes at PDX are part of a larger network expansion for the airline, which announced Tuesday the addition of 19 new routes and seven new airports. The airline now operates 86 routes across 53 airports, a 40 percent growth since June 2018.

The new airports added to Sun Country's network are: