A crash into a commercial power pole damaged a MAX power wire and is blocking trains out of the Gresham rail facility, causing MAX train delays of up to an hour. 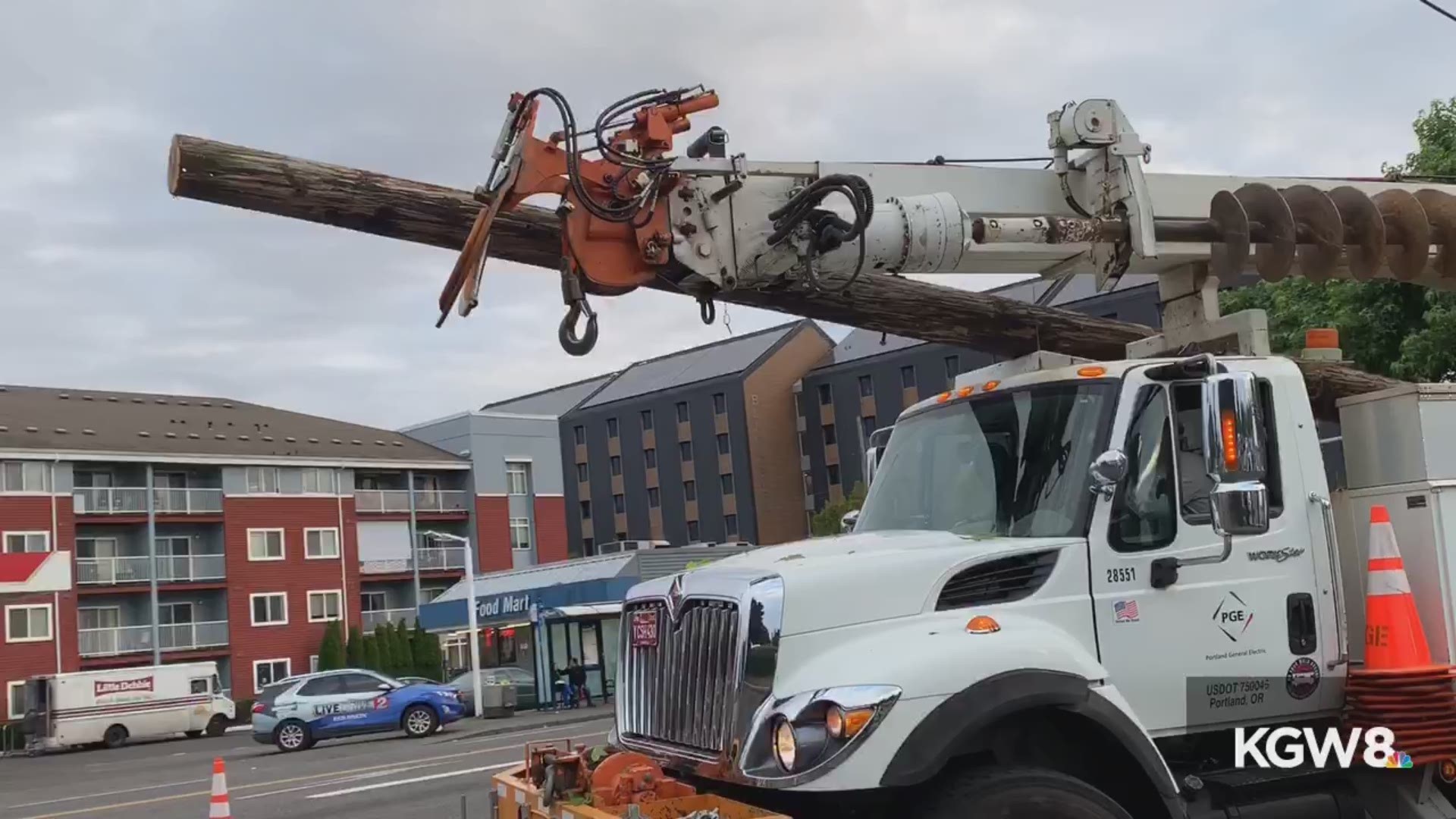 PORTLAND, Ore. — Because of delays as long as an hour for MAX trains in the Portland metro area, TriMet is telling riders to avoid riding the trains Wednesday morning and advising them to instead use regular bus service or other transportation.

A non-TriMet-related crash into a commercial power pole damaged the MAX overhead power wire near East 122nd Avenue and, as a result, trains are blocked coming out of the Gresham rail facility that serves the Blue, Green, Orange and Yellow lines.

"We are getting trains out of our Beaverton rail facility that will serve all lines but service will be very limited until PGE crews can remove the power pole and our crews can inspect our wire," TriMet spokesperson Roberta Alstadt told KGW.

PGE crews removed the pole shortly before 7 a.m. TriMet said all MAX lines continue to experience delays. Alstadt said 60% of TriMet's MAX trains come out of the facility in Gresham.