The new apple variety, created at Washington State University, is touted for its juiciness and long shelf life. 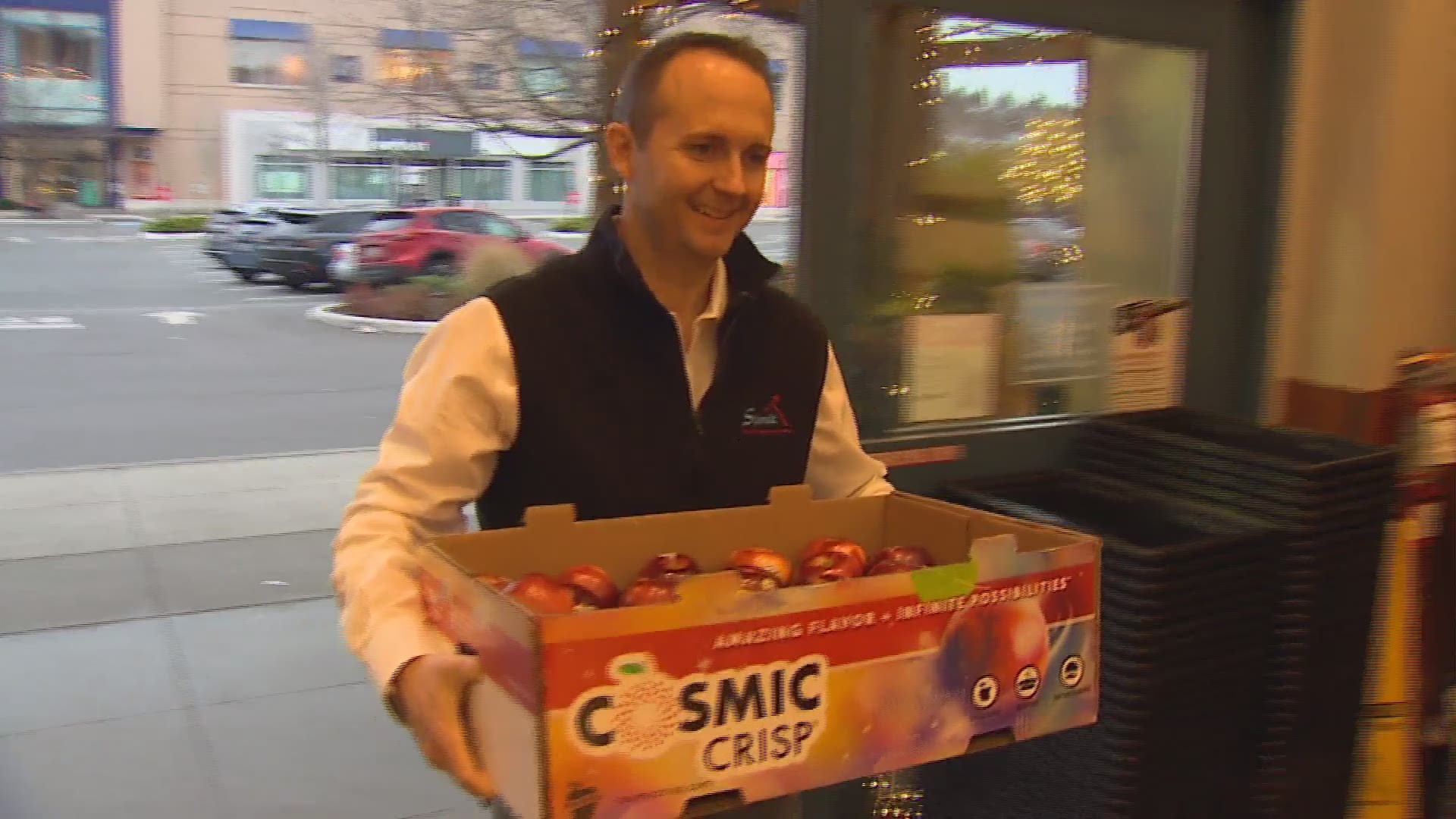 A highly-anticipated new breed of apple called Cosmic Crisp is finally available to the public.

The first delivery arrived at the University Village QFC in Seattle on Sunday and immediately went on sale. The apples are expected to debut at stores across Washington throughout December.

Researchers at Washington State University have been developing the apples for more than 20 years. The Cosmic Crisp variety is the first apple ever bred in Washington state, which grows about 60% of the nation's apple supply.

Cosmic Crisps are described as a cross between the disease-resistant Enterprise and the popular, crunchy Honeycrisp varieties. The red apple is named after the bright dots on its skin, which resemble distant stars.

RELATED: Inside WSU's creation of the Cosmic Crisp apple 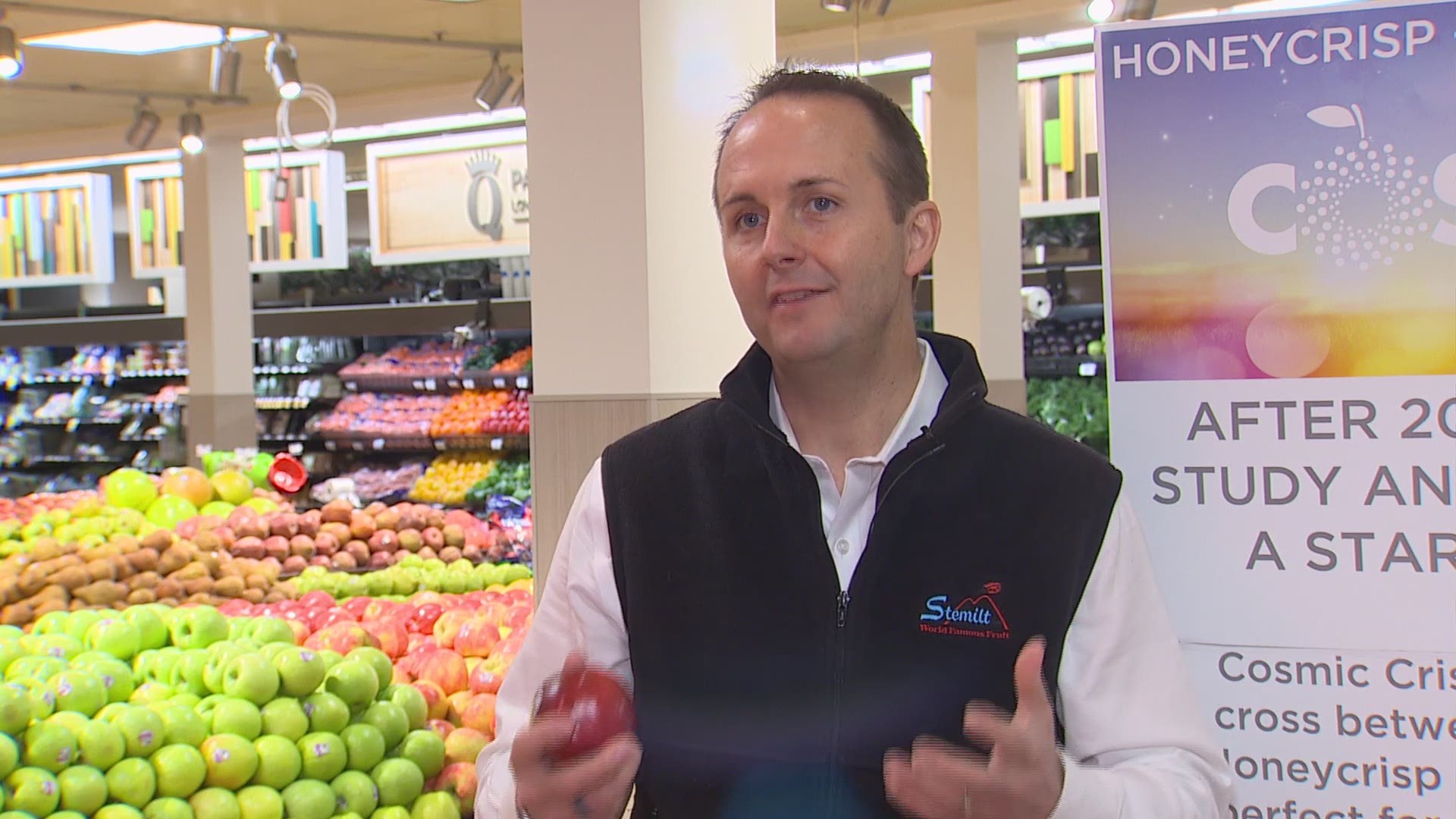 The new variety keeps for a long time in storage and in the refrigerator, said Kate Evans, who runs the breeding program at Washington State University.

And it's an exceptionally good "eating apple," Evans said. "It's ultra-crisp, very juicy and has a good balance of sweetness and tartness."

Apples are a $2.5 billion a year business in Washington, which grows nearly 140 million boxes annually. The state has around 1,500 apple growers and 175,000 acres of orchards. About 50,000 people pick some 12 billion apples by hand each fall. The fruit is exported to 60 countries. 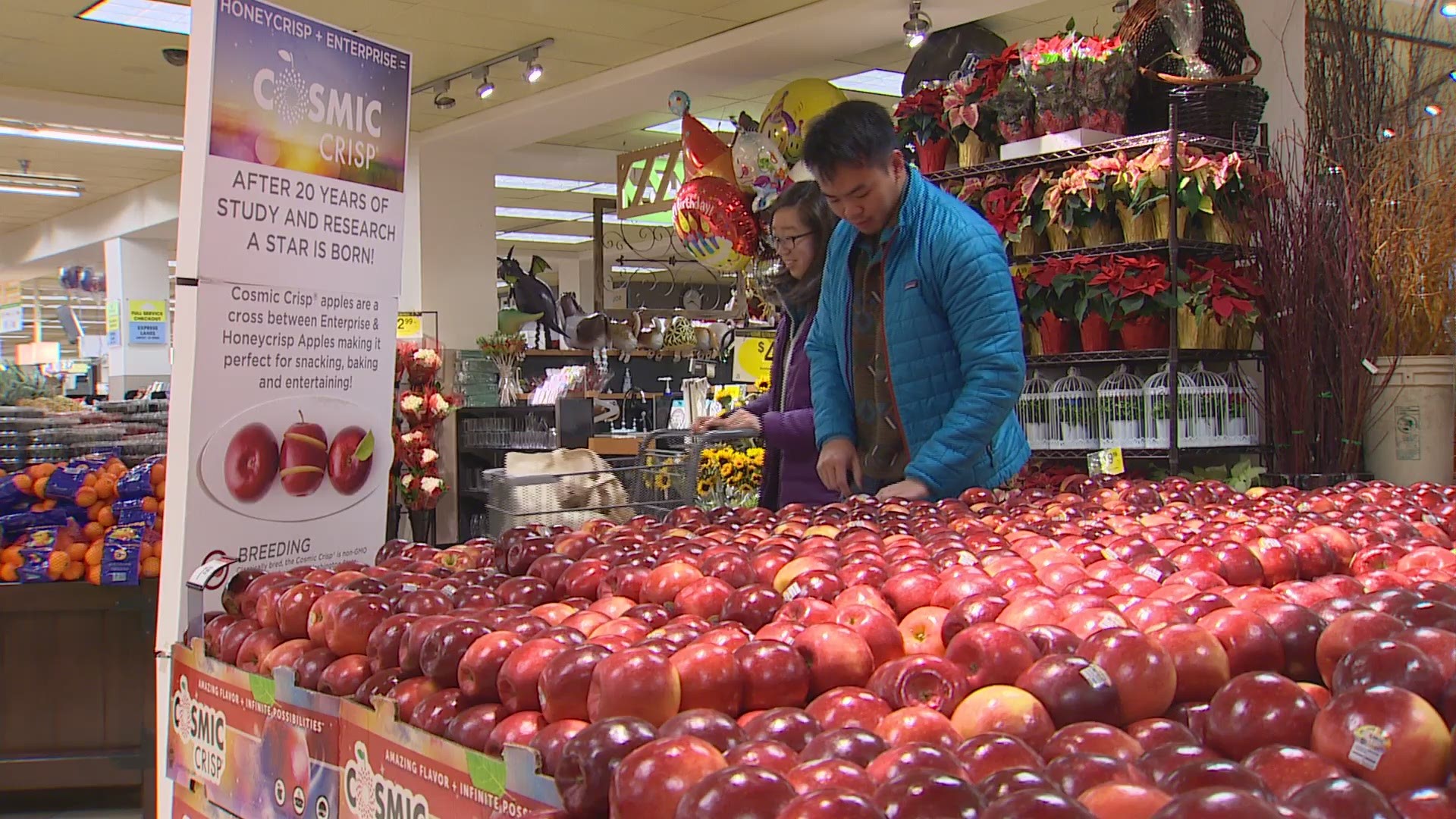 Historically, the top varieties grown in Washington are Gala at 23% and Red Delicious at 20%, followed by Fuji at 13%. 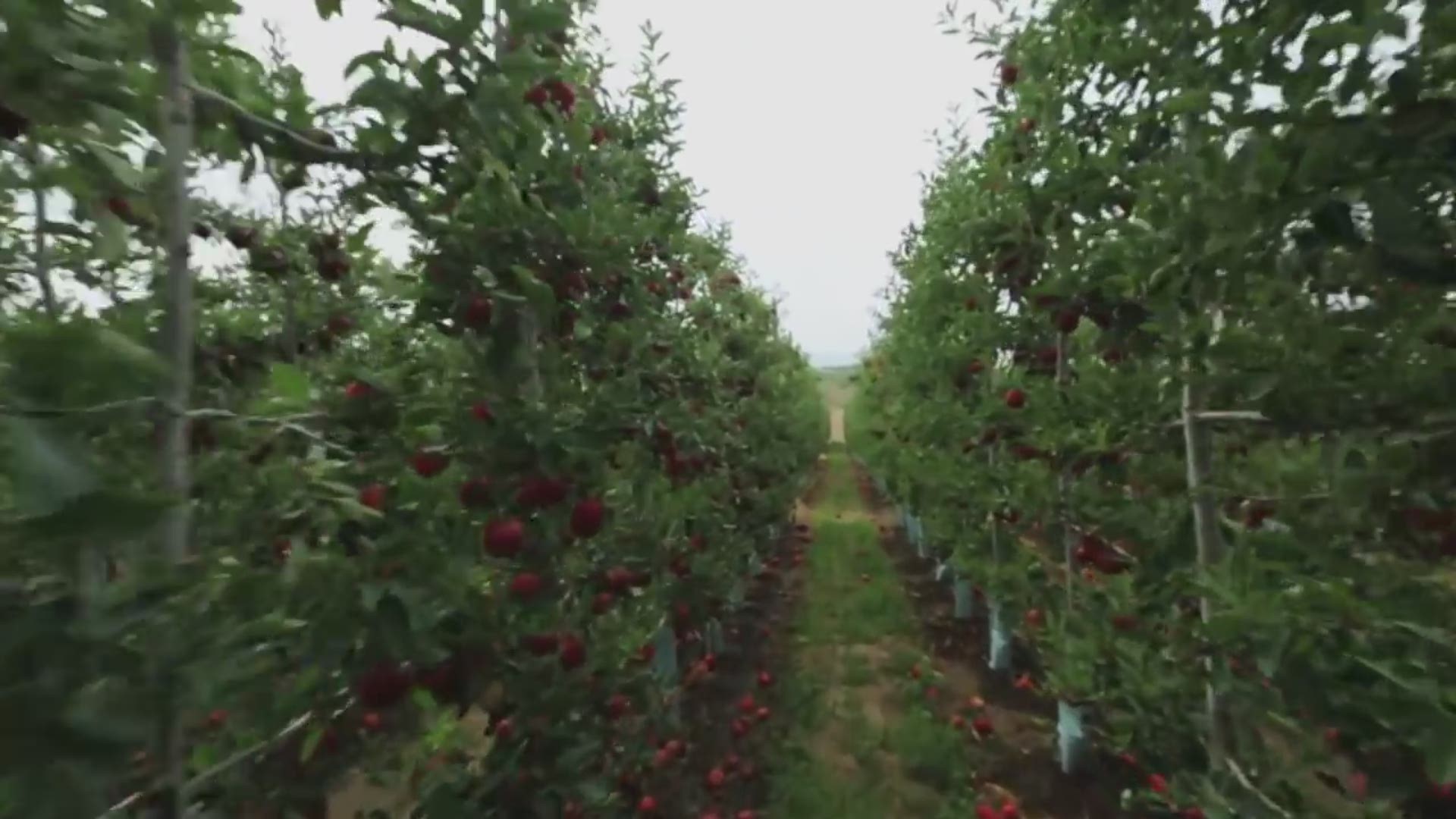