Jade Carey finished 8th in the all-around competition and will compete in the event finals for vault and floor exercises. 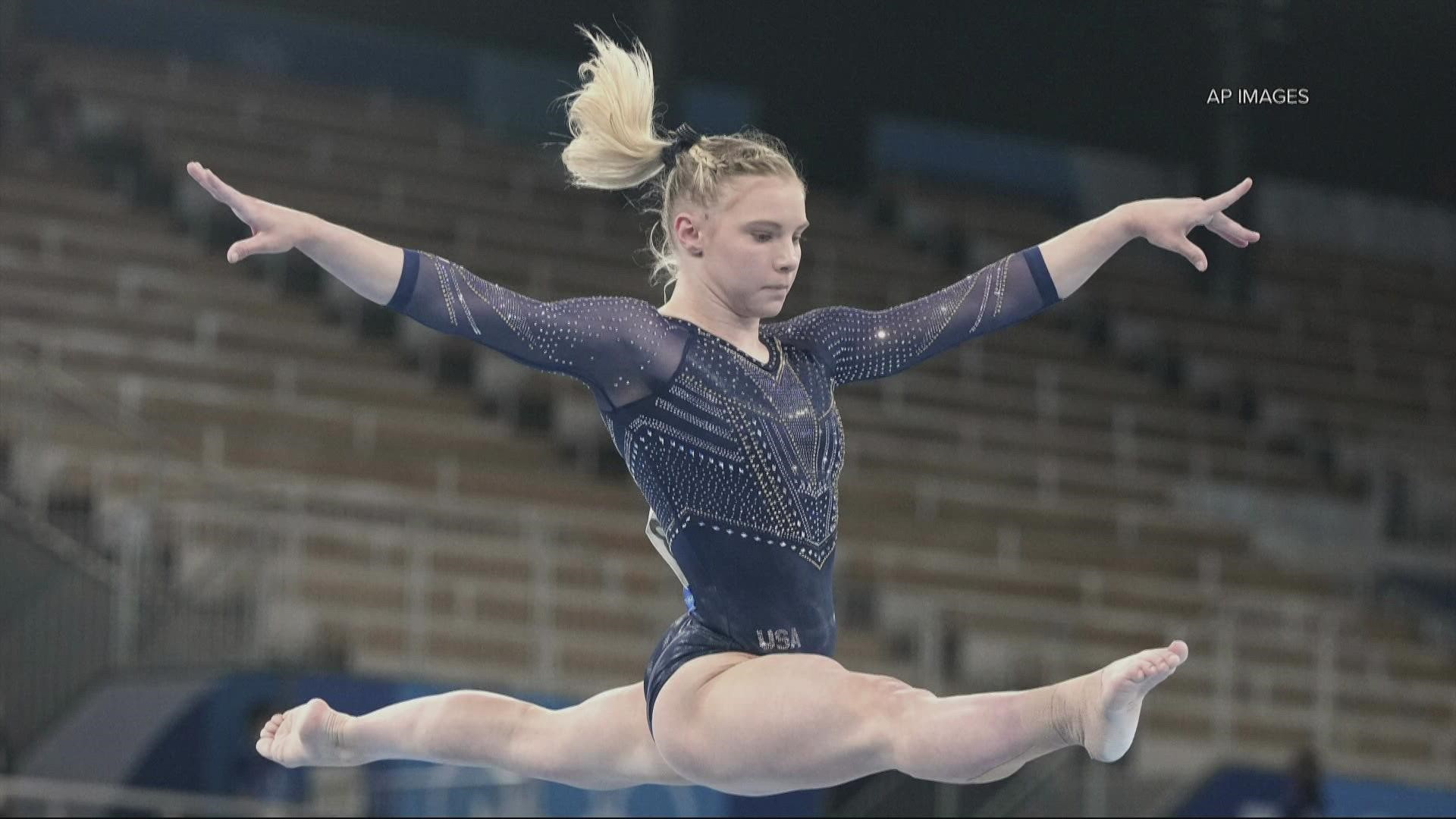 TOKYO, Japan — Thousands of miles from Japan, Danielle Greenburg knew her daughter Jade Carey was excited to compete in the all-around at the Olympic Games.

“She was smiling and laughing with Suni, and that's just part of the experience, getting to share that with her teammate," said Greenburg.

Carey, a 21-year-old native of Phoenix, Arizona, ended up finishing 8th in the all-around. It was an event she wasn't originally supposed to compete in — on short notice, she took the place of Simone Biles, who withdrew from the all-around competition over safety and mental health concerns.

"She was laughing with her dad, so I know that she's enjoying herself no matter the outcome and that makes me happy," Greenburg added. Carey is coached by her father, Brian.

RELATED: Simone Biles posts new training video to explain why she dropped out

This fall, Carey will attend Oregon State University and join the OSU gymnastics team, a welcome addition to an already-strong program.

Carey won gold in floor last year during the World Cup Gymnastics in Australia. Some of her other career highlights, according to USA Gymnastics, include:

Carey has a chance to medal in both the floor exercise and vault. Vault finals take place Sunday and floor finals happen Monday.

Her mother will be watching from home in Arizona.

“I just hope she goes out and does what she went there to do. I'm very happy for her just because I know how hard she's worked."