The band then followed with their most well-known song “This Love,” with Levine making his rounds on the stage playing the guitar.

Then Spongebob character Squidward appears on screen as Travis Scott dropped on stage via fireball singing a remix of “Sicko Mode.” Disappointment sets into the viewers as they realize that they’re not getting the “Sweet Victory” anthem played by the cartoon sea creatures.

The audience jumps up and down as Levine and Scott join each other at the tip of the M-shaped stage. Then Scott leaves and Levine is joined by a drumline and backup choir as he sang “Girls Like You.”

Finally the party slows down as Levine starts singing “She Will Be Loved” and lanterns organize themselves in the sky to spell out the word “love.” Big Boi of Outkast then makes it onto the scene in a luxury car playing one of the group’s most well-known songs “The Way You Move.”

Levine makes it back to a pink stage with the song “Sugar” and then ends with “Moves Like Jagger” with more fire and more fireworks.

Earlier this week Maroon 5 canceled its news conference to discuss the band’s Super Bowl halftime performance, choosing not to meet with reporters as most acts have done.

While the band did not give a reason for its decision, it came as some entertainers have said social injustice needs to be addressed during the Super Bowl. 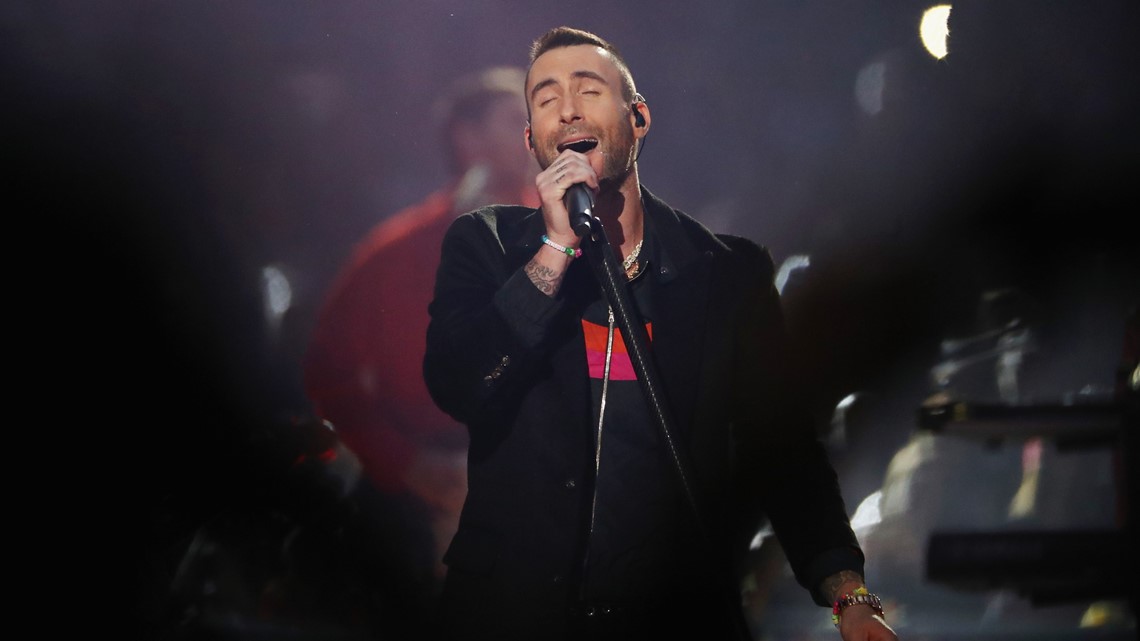