If you can't take a vacation to escape the ODOT construction projects, here's what you need to know. 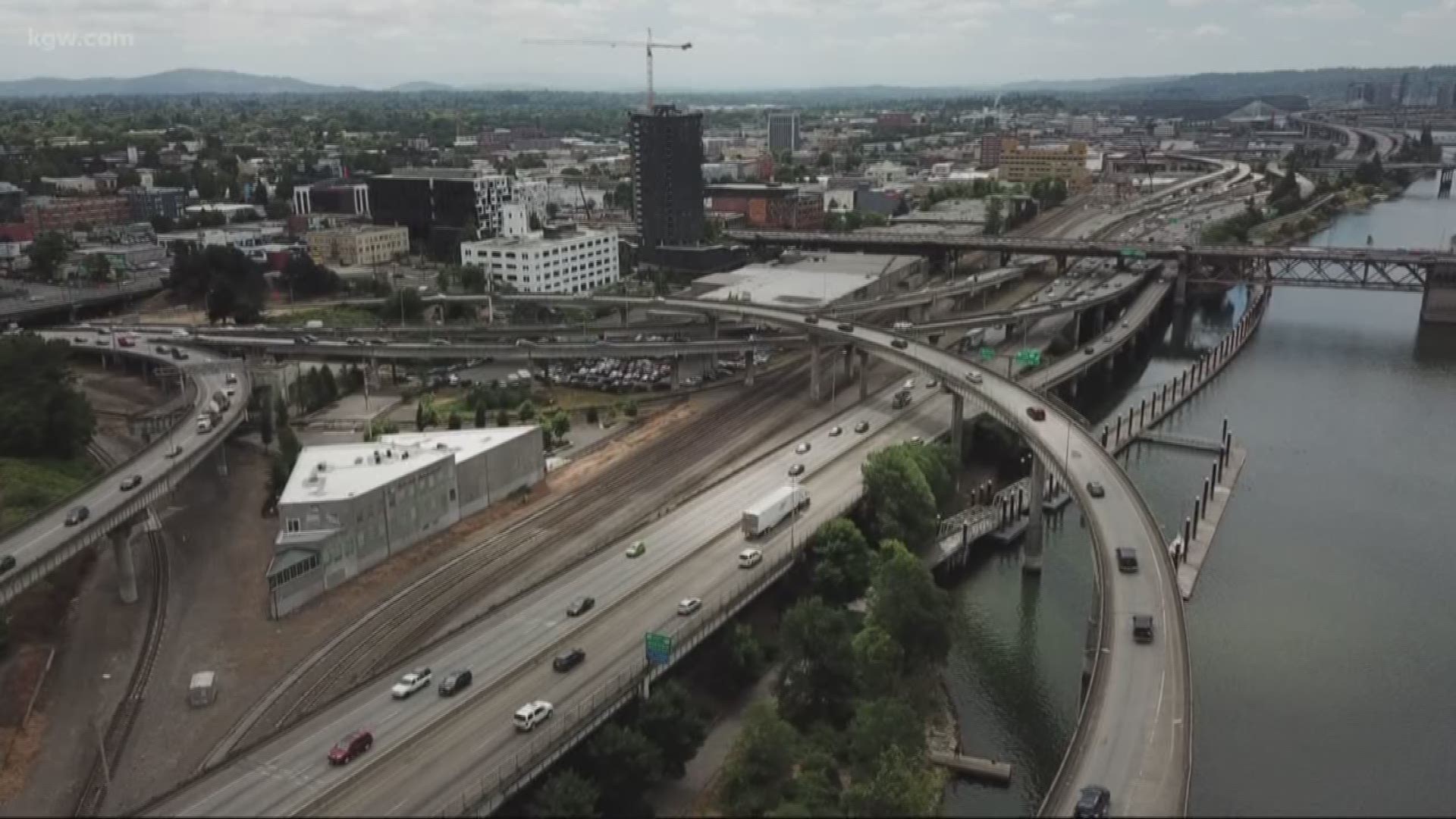 Several Oregon Department of Transportation projects are tying up freeways in Portland this summer.

“Travelers are going to experience the worst construction delays they've seen in the past 10 years in Portland,” said ODOT spokeswoman Kimberly Dinwiddie.

The worst traffic jams are happening thanks to an Interstate 5 paving project, and an I-5 to I-84 ramp project that is bringing road and ramp closures for several weeks starting on July 8 to the busiest freeway interchange in the state.

The traffic "carmageddon" is so bad that ODOT, on its website, suggests people walk or bike to work, use public transportation, work from home, or even take a vacation instead of trying to deal with the road tie-ups.

If you don’t have the option of jetting off to a traffic-free retreat, here’s what you need to know about the roads you drive.

Check your commute on the KGW Traffic page 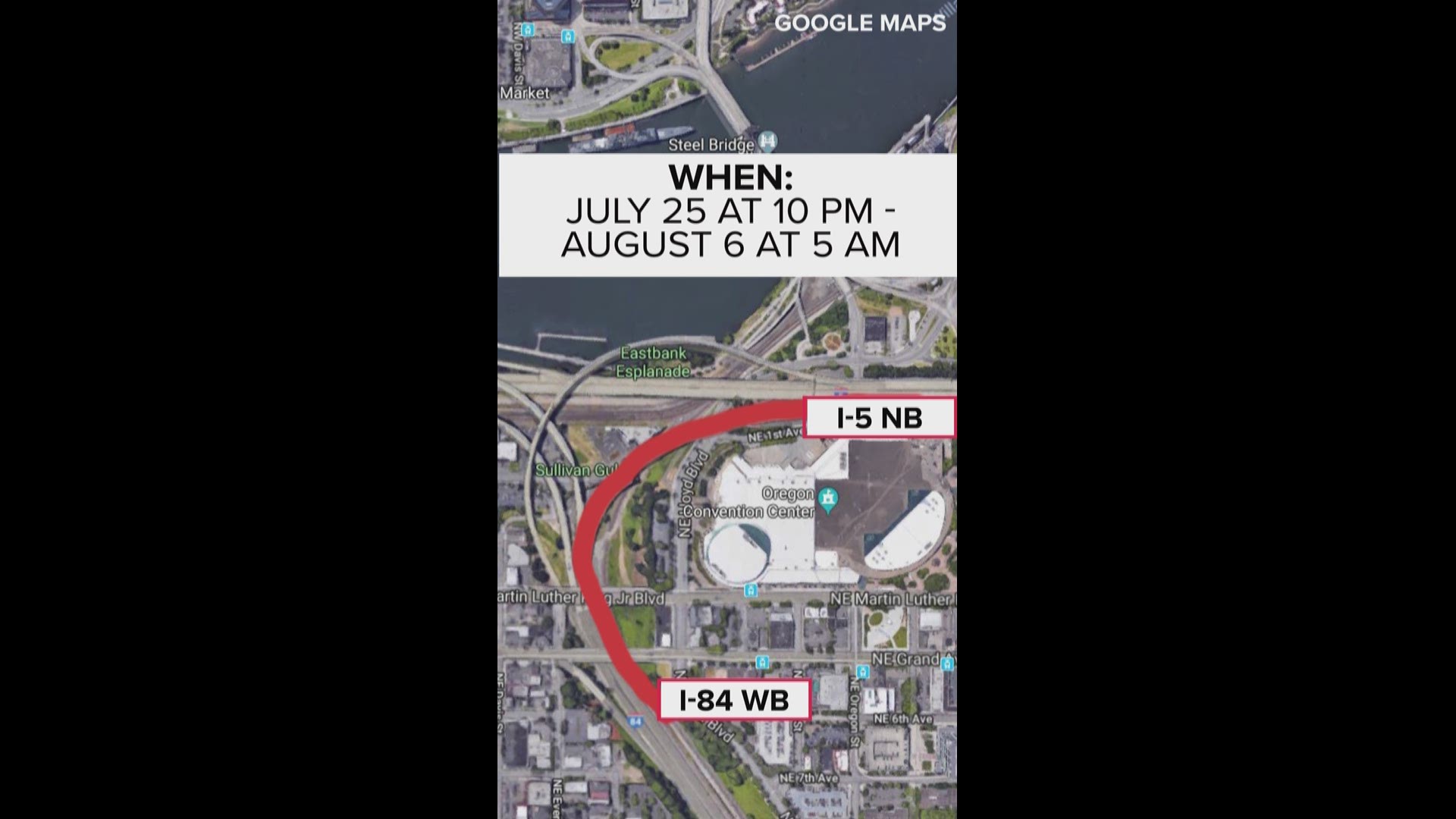 I-5 at I-84 repair project in NE Portland: Freeway closures through August

ODOT is fixing issues on the three bridges that connect Interstate 84 and Interstate 5. Closures will start on the bridges on July 8. The project will cost $6.75 million.

What’s closed: I-5 southbound ramp to I-84 eastbound

What’s closed: I-84 westbound to I-5 northbound ramp

What’s closed: I-84 westbound to I-5 southbound ramp

Other closures: Some nighttime lane closures

Note: A Redditor made a helpful graphic about the I-84 closures.

ODOT is paving six miles of I-5 between the Moda Center and the Interstate Bridge on the Oregon-Washington border. Drivers will see ramp closures and detours between the Fremont and Marquam bridges. The project will cost $17 million.

What’s closed: I-5 southbound between Fremont and Marquam Bridges

What’s closed: I-5 northbound between Fremont and Marquam bridges

Other closures: Night closures and ramp closures from summer 2018 to fall 2019.

I-205 in SE Portland: Night and weekend lane closures

The nine-mile stretch of the I-205 paving project that first began in 2017 will continue into late 2019. Crews are paving the area between Johnson Creek Boulevard and the Glenn Jackson Bridge that will add three auxiliary lanes, real-time traffic signs, and easier access to a multi-use path on Glisan Street. This project is projected to be completed by the fall of 2018.

What's closed: This summer, the northbound exit to U.S. 30 Bypass/Killingsworth Street will be closed for two weeks. Exact dates have not yet been set.

Two weekend closures at the Lower Boones Ferry Road southbound on-ramp and one weekend closure at the northbound off-ramp. Dates have not yet been set.

ODOT is installing, replacing and repairing signs in Northeast Portland along Interstate 84. The project costs $4 million. What's closed: Lanes will be closed during the day and I-84 will be fully closed at some point this summer. Exact dates have not yet been set.

More: Portland to see worst construction season in a decade