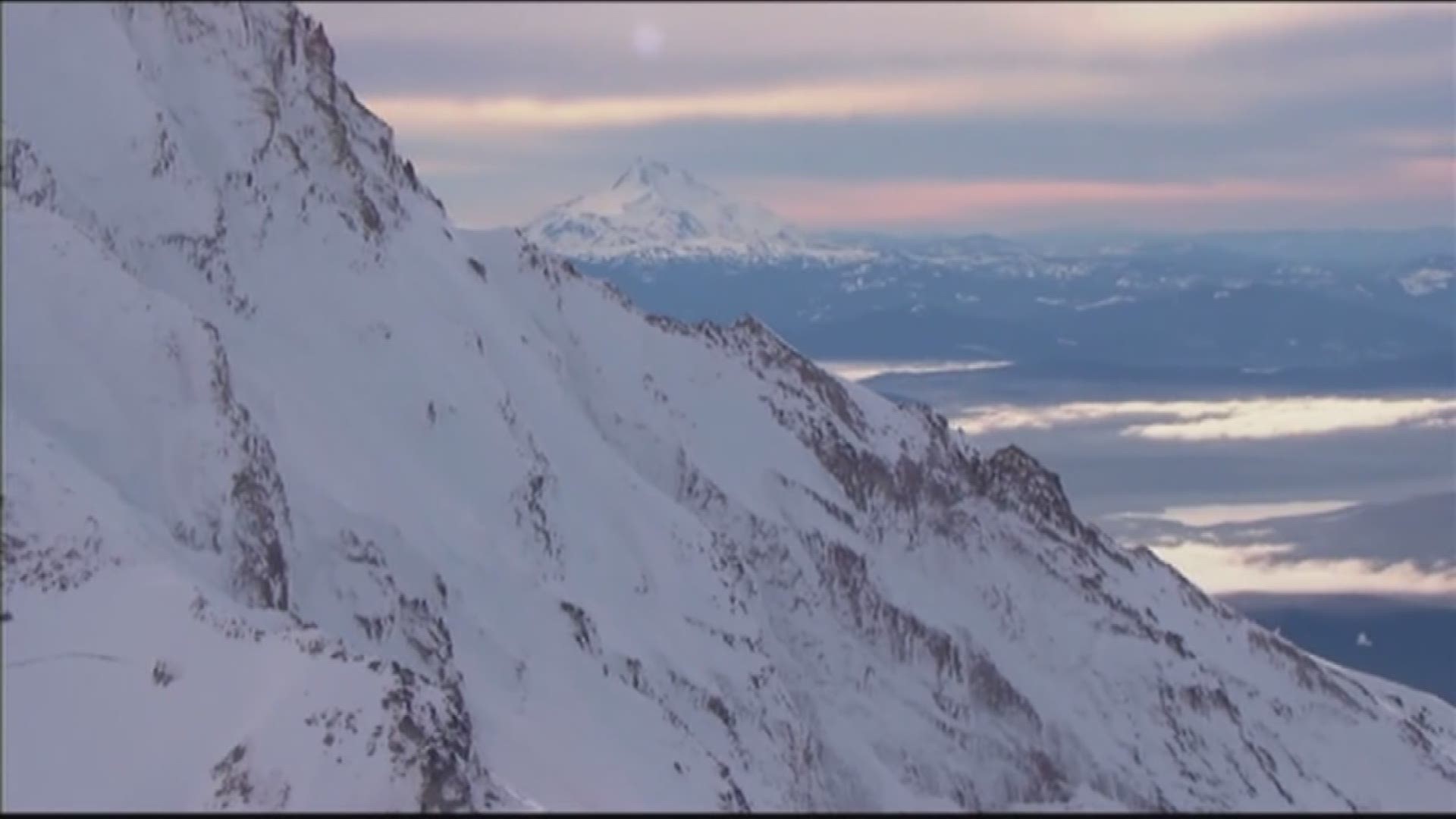 "During a spring day like this it's not uncommon to see a couple hundred people trying to climb Mount Hood," said Steve Rollins with Portland Mountain Rescue.

"It's really unfortunate that when you work so hard to rescue somebody and the outcome isn't what you'd like to see," said Rollins.

A release from the Clackamas County Sheriff's office said Jenkins fell about 600 feet around 11:30 a.m. Sunday. He was pronounced dead at the hospital.

"He started on a very steep section of hard ice," Rollins said.

He said Jenkins was climbing on the most popular route to reach the summit of Mt. Hood. The climber was near the Hogsback climbing area and a place known as the Pearly Gates when he fell.

Rollins showed us a picture of the area that he took last week when he climbed the mountain.

"Pearly Gates are right up there. He was climbing through that section and he would have fallen straight down and there's kind of a runout down below," said Rollins as he pointed to his picture.

Rollins said climbing conditions were good on Sunday. The ice was hard, which helps climbers maintain footing. But somehow the man lost his footing.

For Rollins, who's been with mountain rescue for 20 years or so, seeing situations end in tragedy never gets any easier.

"We did the very best we could and sometimes things are just beyond our control," said Rollins.

He said about 10,000 people climb the mountain every year and on average one to two people die while climbing Mt. Hood.