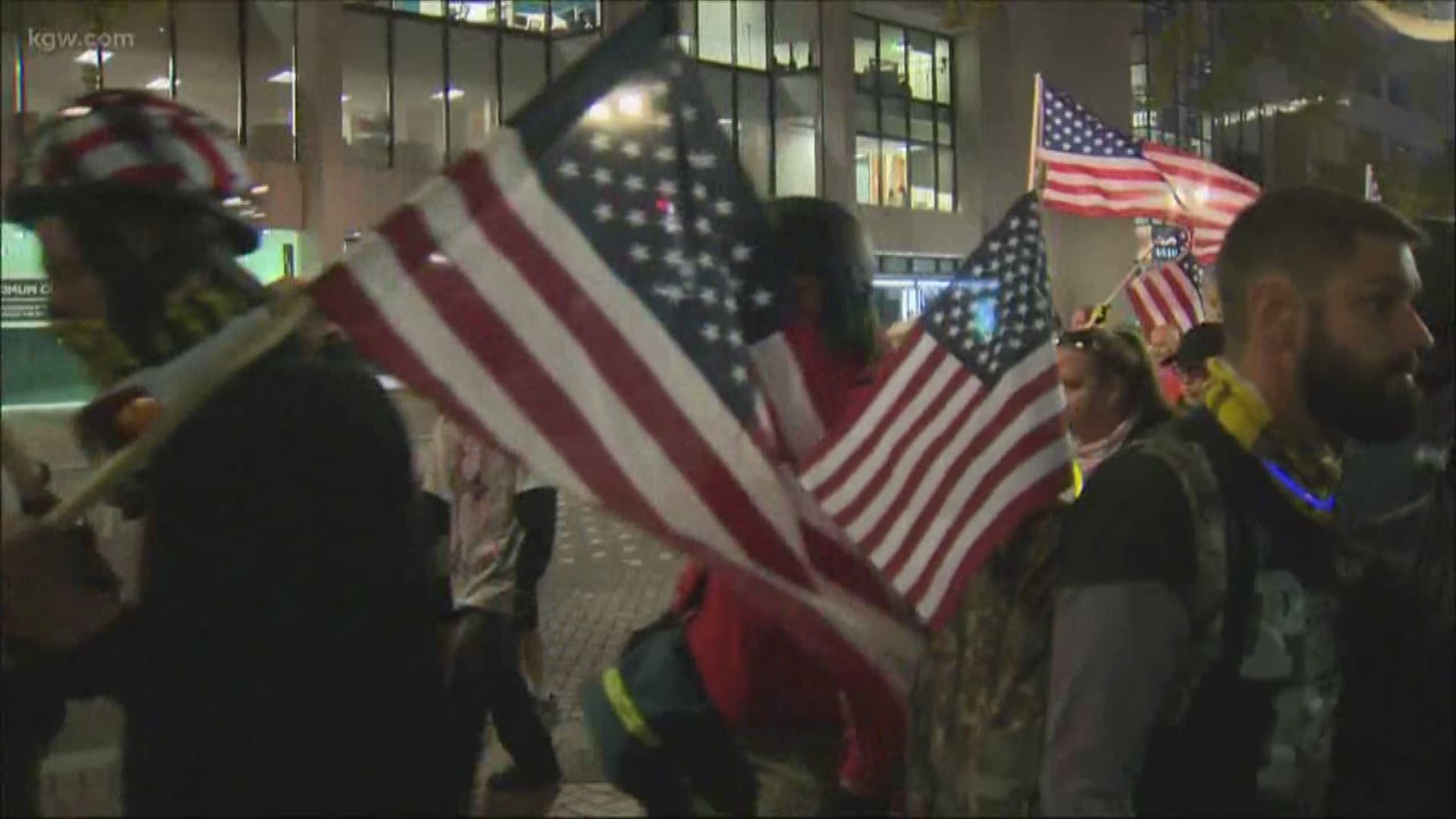 Willamette Week obtained the text messages between Lt. Jeff Niiya and Gibson, whose right-wing group has been involved in several violent clashes in Portland with left-wing anti-fascists since President Donald Trump was elected. The texts show Niiya had a friendly rapport with Gibson, frequently discussing Gibson's plans to demonstrate.

“It is imperative for law enforcement to remain objective and professional, and in my opinion, these text messages appear to cross several boundaries,” Wheeler said in a statement on Thursday.

“Moreover, the texts appear to unnecessarily encourage Joey Gibson, the leader of a group that perpetrates hate speech and violence,” Wheeler said.

In one text reported by the newspaper, Niiya tells Gibson that he doesn't see a need to arrest his assistant, Tusitala Toese, who often brawls with antifascist protesters, even if he has a warrant, unless Toese commits a new crime.

"Just make sure he doesn't do anything which may draw our attention," Niiya texted Gibson on Dec. 9, 2017, Willamette Week reported. "If he still has the warrant in the system (I don't run you guys so I don't personally know) the officers could arrest him. I don't see a need to arrest on the warrant unless there is a reason."

A police spokeswoman said it is not unusual for officers to suggest people turn themselves in to avoid being arrested on a warrant, Willamette Week reported.

"In crowd management situations, it may not be safe or prudent to arrest a person right at that time, so the arrest may be delayed or followed up on later It is not uncommon for officers to provide guidance for someone to turn themselves in on a warrant if the subject is not present," Lt. Tina Jones said.

Portland police were accused at a protest last August of being heavy-handed against people, injuring some, who were protesting a rally of extreme-right demonstrators organized by Gibson.

"Community members have long expressed concerns about police bias during demonstrations. Incidents like this contribute to the distrust that so many people have about the Portland Police Bureau," Wheeler said of the text messages.

"The Portland Police Bureau has strong organizational values that encompass integrity and accountability. We have also pledged transparency to our community," said Chief Danielle Outlaw. "I have directed an internal investigation to review the context of these communications and determine if any Bureau directives were violated. If anything is identified that is deemed outside of our values and directives, it will be addressed."