Bev Clarno said Oregon's two-decade-long history of mail-in voting shows it can be done securely and is more accessible to voters. 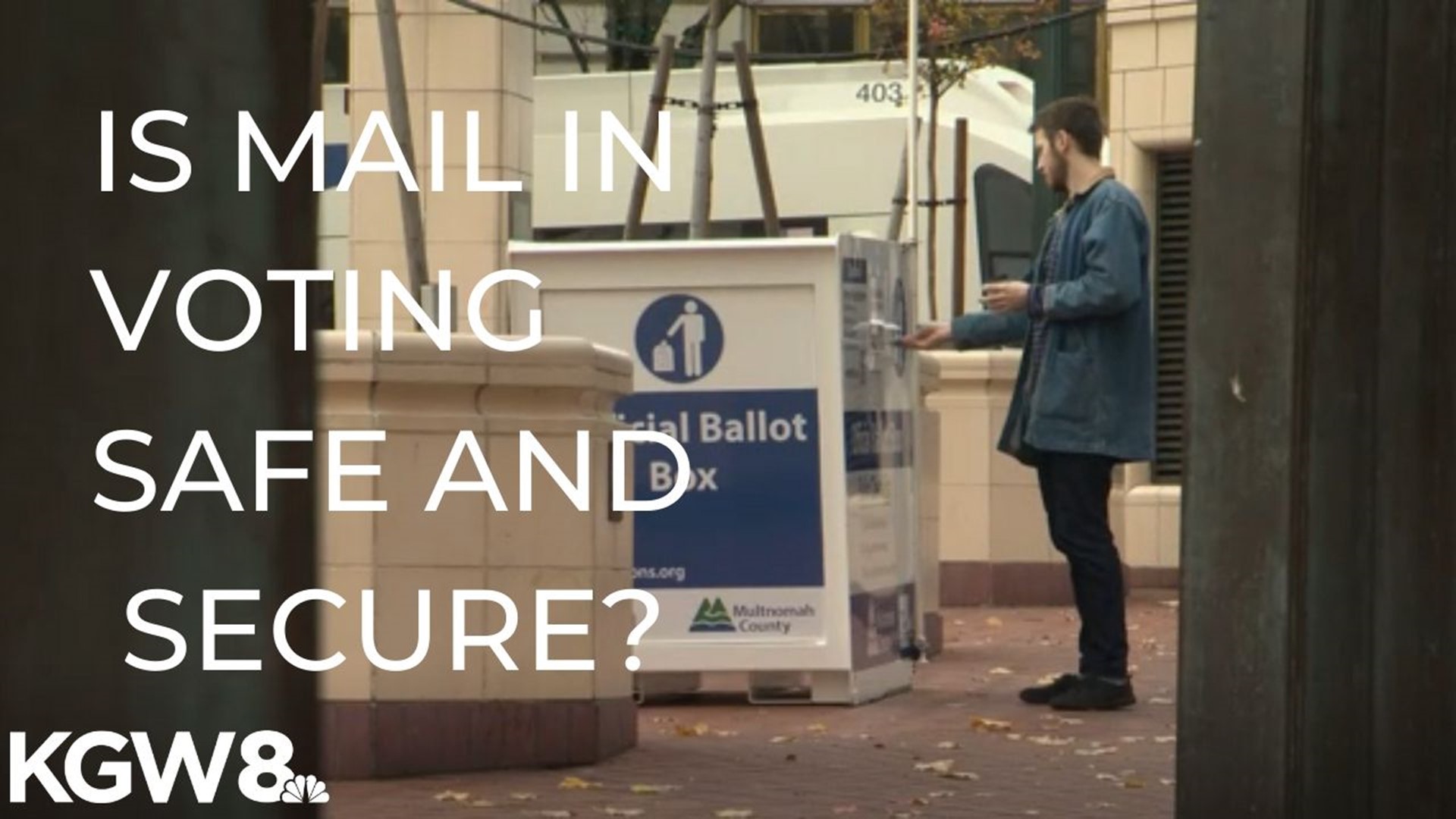 PORTLAND, Ore. — Oregon voters began marking ballots that came to them in the mail back in the early 1980s.

According to former Secretary of State Phil Keisling, the tradition began with the Linn County elections clerk who wondered why the county was sending sample ballots to voters and not the real thing. That soon changed and in the mid to late 1980s, many local elections in Oregon featured ballots that were mailed to voters.

It really took off after the resignation of Oregon Senator Bob Packwood in 1995. Keisling was the Secretary of State at the time and had just seen a fellow Democrat, Gov. John Kitzhaber, veto a bill passed by the Legislature that would have instituted vote by mail for statewide elections.

The Packwood election gave Keisling the opening he needed.

“Under Oregon law that was a special election. And a special election could be done in this manner and we had the nation’s first ever federal election using all mailed out ballots to everybody and turnout went through the roof. Participation hit 66%,” he said.

The state never looked back. Voters passed the method for all elections in 1998 with a 69% yes vote. Fast forward 22 years and the country faces spring elections and primaries in the time of the coronavirus pandemic.

Only Oregon, Washington, Colorado, Utah and Hawaii have full vote-by-mail systems. But many other states are thinking of adopting some form of it now. Voters are not as excited about standing next to each other at lines for voting booths.

“It’s very secure, its very cost-effective, and it’s extremely accessible to our voters. It’s one of the reasons we have one of the highest voter turnouts in the entire country. Because folks like to vote from their kitchen tables. It’s very, very accessible,” said Brown.

Like many, Gov. Brown noticed the long lines in Wisconsin last week as voters tried to keep their distance from each other.

While thousands waited in line, 71% of voters used absentee ballots to cast their votes.

Washington Gov. Jay Inslee said every state should move to the mail-in ballot.

“There’s no reason not to go to mail-in voting ever, particularly now when physical voting exposes everybody to risk. This is a no-brainer. It has increased participation, it has maintained security, it has been scandal and largely glitch-free. It's widely accepted by both parties. There is no reason to not do this,” he said.

While there no evidence to back that up, some Republican governors agree with the president and are resisting a move.

But in Oregon, the current Secretary of State, a Republican, said mail-in elections are indeed safe.

“I think after 20 years, we’ve proven that our system is very secure and voters love it. The voters voted it in, they’ve never made an attempt to vote it out. I think they’re happy with it and I think it’s a 20-year history of success,” said Bev Clarno.

Some, including the governors of Oregon and Washington, believe forcing people to line up at voting booths is a form of voter suppression, a way to keep the vote low.

“There has been a concerted effort to suppress voting in this country. And it is one of the most venal, un-American things I’ve ever seen in my time in politics," Inslee said. "Not only do we have to stop the voter suppression, we have to increase voter participation in general and I really hope that Washington and Oregon’s experience will be enjoyed by all Americans as soon as possible."

Keisling, the former Secretary of State warns that voters nationwide will find a way to avoid standing in those lines and worrying about coronavirus, whether political leaders like it or not.

"Be very clear-eyed that the alternative is one in which you will be flooded with absentee ballot requests from voters who have figured out this may be the only way they can vote without endangering their lives and they’re going to demand it,” said Keisling.

RELATED: Voters guide to Oregon primary: A look at the top races