The Secretary of State's office says organizers have 90 days to gather 280,050 valid signatures from voters. 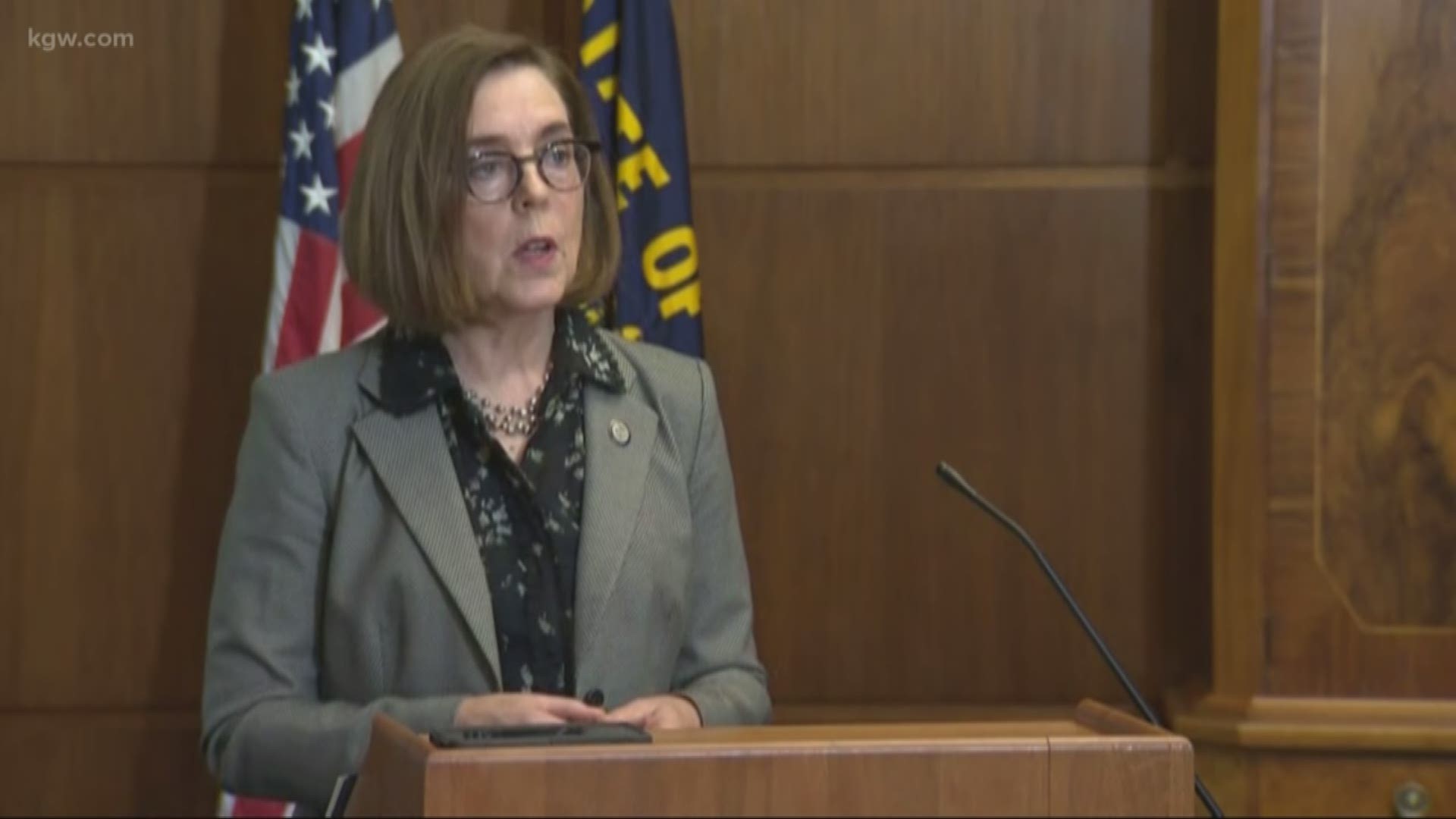 PORTLAND, Ore. -- The chairman of the Oregon Republican Party has filed paperwork to launch a recall against Democratic Gov. Kate Brown, citing some of the laws passed in the 2019 legislative session.

The Oregonian/OregonLive reports Chairman Bill Currier in the Monday filing also pointed to Brown's announcement the day after lawmakers went home last month that if necessary, she would use executive powers to implement climate change policies similar to the plan defeated at the Capitol this year.

Senate Republicans boycotted the Capitol for more than a week in June to prevent Democrats from voting on a bill meant to dramatically reduce greenhouse gases by 2050. Democrats later said they lacked the votes.

The Secretary of State's office says organizers have 90 days to gather 280,050 valid signatures from voters. If recall supporters gather enough signatures, a special election could be scheduled in November.

Thomas Wheatley, Political Adviser to Gov. Brown, issued a statement in response to the recall effort:

"First, Republicans held the legislative process hostage, now they want to undo the entire election. They claim it's about education funding and addressing climate change. But this is really about Trump's politics descending on Oregon. It has no place here and should go back to the morally corrupt place it came from."

RELATED: Holocaust and genocide curriculum to be taught in Oregon schools beginning 2020