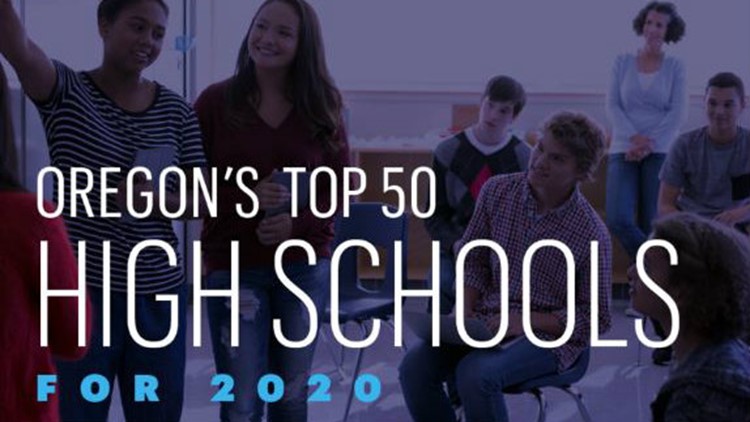 PORTLAND, Ore. — The Portland metro area is at the head of the class.

In its rankings the 2020 Best Public High Schools, researcher Niche.com placed suburban schools high among the 50 best statewide. Beaverton, Lake Oswego, Riverdale and West Linn-Wilsonville were among the districts with the highest-placed schools this year.

However, several schools outside the state's biggest population center ranked high. Eugene and Corvallis had schools in the top 10, perhaps a reflecting the importance of education in the state's two main college towns.

Smaller school districts in central and eastern Oregon were represented on the list, including those in Baker City, Condon and Bend. Other small towns like Philomath and Sisters also were represented.

Six schools in the Portland School District were on the list.

One school moved into the top five this year, and last year's No. 1 school slipped to a lower spot.

The methodology for Niche's list is based on eight grades: academics; culture and diversity; parent/student surveys on overall experience; teachers; clubs and activities; health and safety; resources and facilities; and sports.

Academics, comprising state assessment scores, ACT and SAT scores and student and parent surveys, carries the most weight in the score, accounting for 60 percent. The diversity, surveys and teacher grades each accounted for 10 percent of the ranking while the other grades each represented 2.5 percent.

The complete rankings and explanations of methodology are available at Niche's website. Click through the slideshow to see how the top 50 ranked.

RELATED: Which Oregon counties have the highest average pay?