'NRA has got to go': Protesters, supporters rally outside gun organization's headquarters

Protesters, including some from Marjory Stoneman Douglas High School, rallied outside the gun-rights organization and were met by several dozen of its supporters. 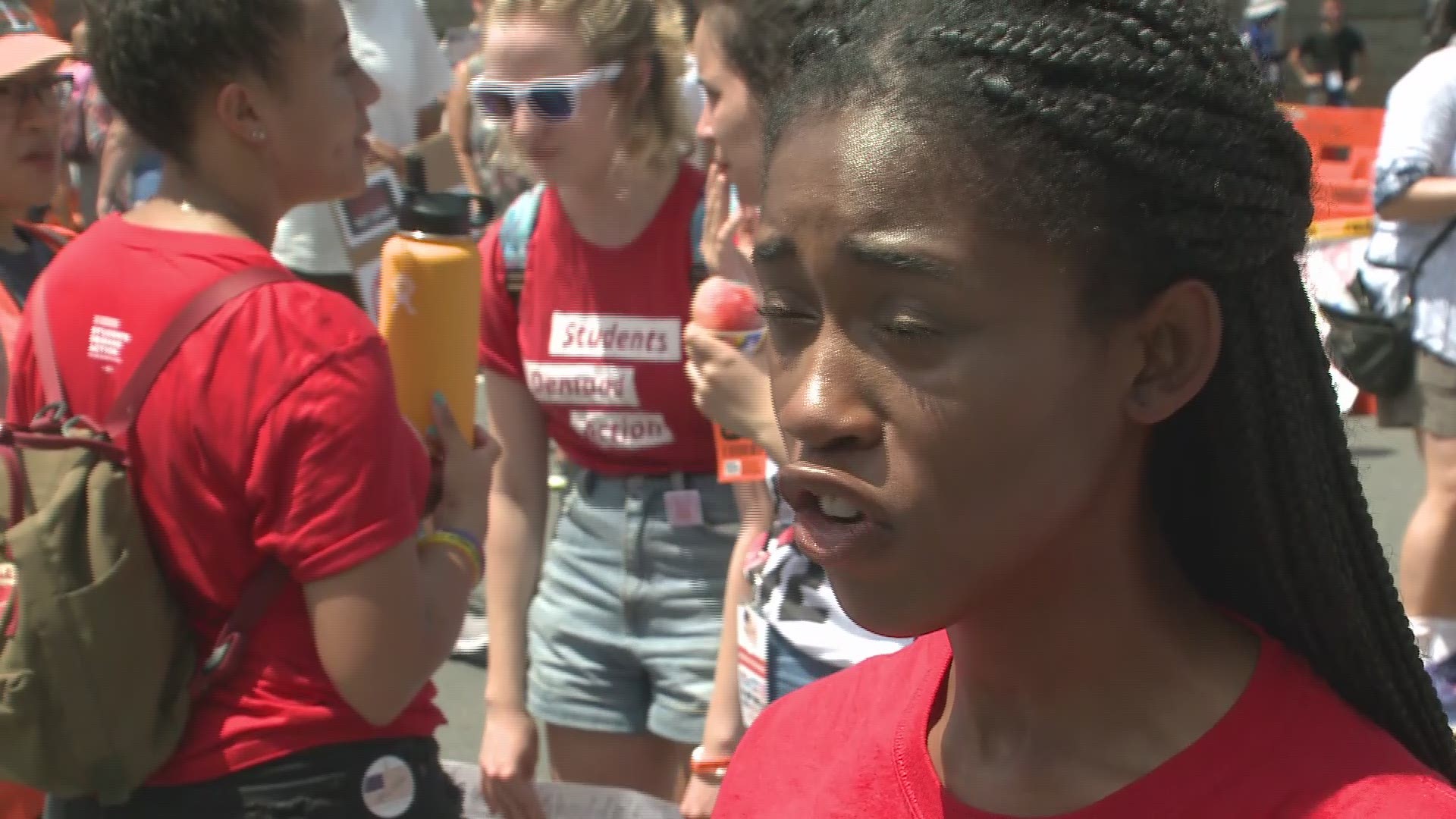 Dozens of protesters rallied outside the National Rifle Association's headquarters in Fairfax, Virginia, calling for stricter gun-control measures and a change to the group's tax-exempt status.

The protest is just the latest in months that have targeted the organization, stricter gun control laws and aim to increase voter registration after a string of mass shootings, stemming back to the high school attack in Parkland, Florida.

"Hey, hey, ho ho, the NRA has got to go," the crowds chanted while NRA supporters, some armed with weapons, waved President Donald Trump banners and held up signs, including one reading "Tyranny: When you disarm me."

The March on the NRA was unbelievable. Shocked that we had about 1500 protesters and the counter protest was only about 25 people. This was the NRA headquarters and nobody came to support them. pic.twitter.com/vC9TV2h0Se

Police officers, along with white and orange barriers separated the protesters from NRA supporters.

"It's not the weapon, it's the mindset," Brian Meehan, an NRA supporter who attended the rally, told NBC Washington. "Until we can come up with a solution to cure or stop somebody's mindset, you're never going to stop these mass killings."

The protest was also held on the birthday of Joaquin Oliver, one of the 17 who died in the Florida high school shooting on Feb. 14. His father created a mural outside the gun lobby building and the crowd sang happy birthday.

Fred Guttenberg, another father whose daughter was killed in the shooting, spoke before the crowd and urged everyone to vote in the November midterm elections.

"I happen to be a believer in the Second Amendment," Guttenberg said, according to NBC Washington. "To those who are outside of this crowd walking around with AR-15s and other weapons, if you're a lawful gun owner, I hate the fact that you think you have to make a point to those of us who have lost loved ones."

As a part two of their #NeverAgain movement, Parkland students have been on a bus tour aimed at registering voters and ending gun violence.

They are protesting what they consider efforts by the NRA to block gun control laws and bans on assault rifles.

The protest comes on the heels of a lawsuit filed by the gun organization targeting the state of New York.

In the lawsuit, the NRA claims its in financial ruin and could go broke. It says it may soon have to stop producing its magazines and its video streaming service, NRAtv, because of actions by the state of New York, which the NRA accused of running a "blacklisting campaign."

The campaign the NRA highlighted appears to be part of a national effort, spearheaded by Parkland students, calling for companies to cut ties with the group in the aftermath of several high profile U.S. shootings.

The gun lobbying group claims in its lawsuit, which targets Gov. Andrew Cuomo, the New York State Department of Financial Services and Maria Vullo, which heads the department, that the state has caused "irrecoverable loss and irreparable harm" to the organization.

Some critics of the NRA believe the claims could be false or a way to increase membership and donations.