Ella waited for her owners to return for nearly two days after they were forced to evacuate their home due to fire. 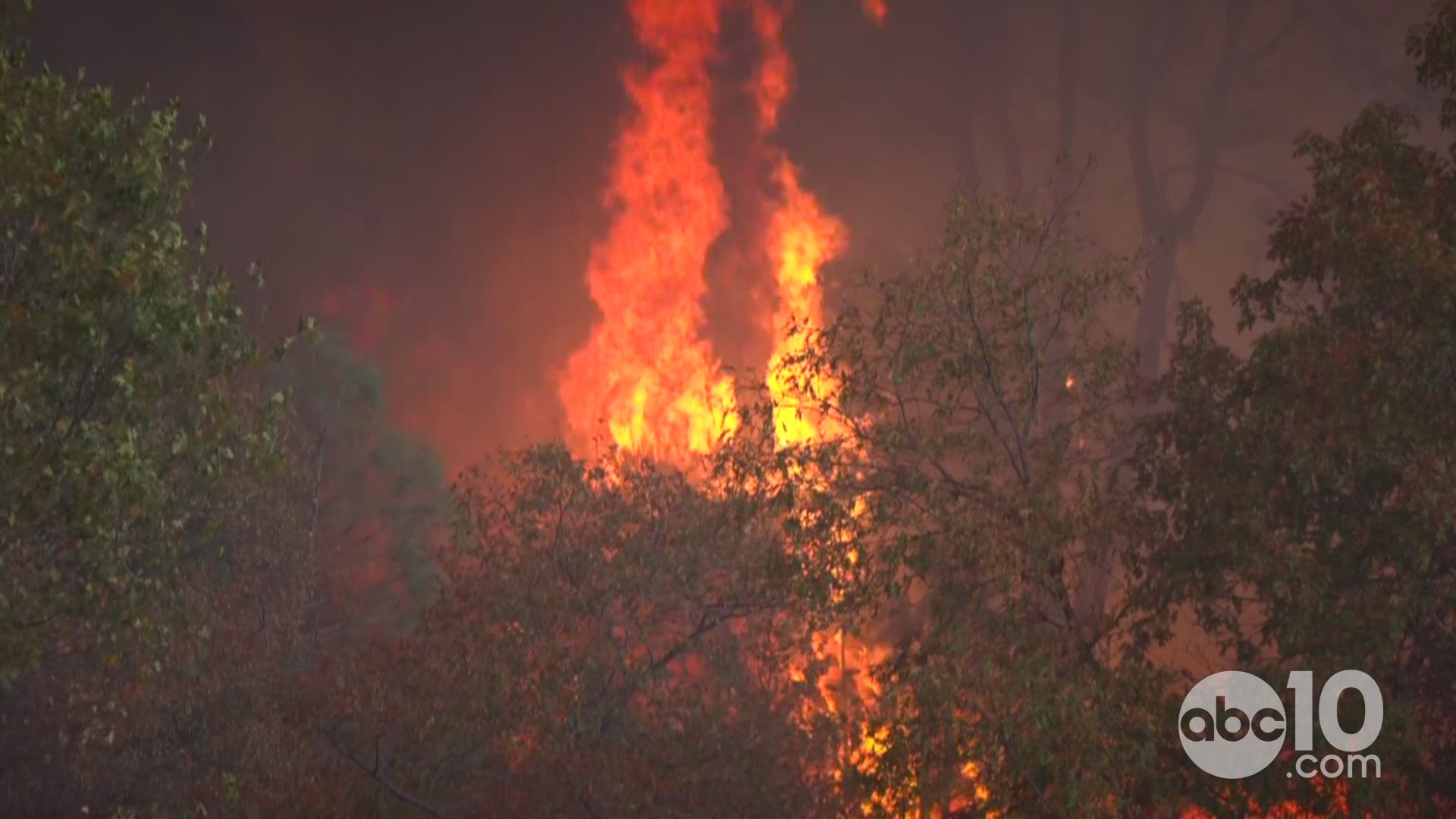 REDDING, Calif. — Amid the rubble, the air thick with smoke, sat Ella, the border collie.

Her paws were burned and she was exhausted. For nearly two days, Ella did what Ella does: protect those she loves.

Her own family's home was gone, but one single neighbor's home was standing. So Ella waited there.

The Copsey family was forced to evacuate their Paradise, California home as the swift-moving fire tore through their neighborhood.

In the midst of chaos, owner Leahna Copsey thought about Ella and hoped for the best. But they had to go.

As Leahna and her children fled down the road, what she thought were merely headlights became bright orange flames. Her daughter, Clarisa, 8, complained of the heat on her face.

Were they going to die?, she asked.

Copsey knew they might not have a home or Ella to go back to.

When Copsey noticed black clouds outside from a window in her Paradise home, she didn’t think much of it. She had read on her Facebook weather page that a small fire had broken out in the hills and thought it would be taken care of soon.

As the morning progressed, Copsey began to paint the ceiling in her master bedroom. The next day new carpet would be delivered and then she and husband Mike Copsey would be able to move back into the space.

The sky continued to darken.

“I thought it was raining,” she said. “I went and put my hands out and charcoal fell from the trees.”

That got her moving. As a precaution, Copsey packed up some odds and ends, including the girls' school books. They’d do homework in Chico until the evacuation was lifted.

They had just gone through this the year before.

That time, the family filled their car with clothing, food and other necessities. It was “packed full,” 10-year-old Emma Copsey remembers.

This go-round, they didn’t want to take the time. The fire was nowhere near their home and they hadn’t been ordered to evacuate.

And it wasn't long before a quick drive down the road became a nearly three-hour fight for their lives. The family battled bottlenecked traffic, flames on either side of their car and smoke.

The family managed to escape the blaze and settled in lower Lake County, nearly two hours away from their home, to wait it out.

Credit: Courtesy Kayla Westman / USA TODAY Network
For nearly two days, Ella sat at the only home left in her neighborhood, waiting for her owners to return.

As the hours trailed on and news of the devastation began to fill news outlets and social media, they began to fear the worst.

Then they learned their home was gone. Surely Ella was, too.

Then, a friend called. He had gotten back into the evacuated area on Saturday. And through the haze in this destroyed town he'd seen Ella, right there in front of the next-door neighbors home.

The family erupted in excitement. Ella had been burned and was exhausted, but she was going to be alright.

“She’s a really good dog, so I was really relieved she was alive and it was only minor burns,” Clarisa said.

Ella was treated for her burns and is staying with the family’s oldest daughter, Kayla Westman. Westman has several photos and videos of Ella sleeping on her chest, her legs wrapped in bandages.

On Wednesday, less than a week after the fire, the family began the first steps to rebuild.

At the Butte Humane Society, they picked up a dog crate, bed, food and toys for Ella.

The generosity brought Copsey to tears.

“To have those basic needs met is amazing,” she said. “There’s so much to think about. It’s a burden that has been lifted.”

Two days after seeing the tens of thousands of residents displaced because of the fire, Katrina Woodcox, executive director of the Butte Humane Society, knew she needed to do something to help.

“I just thought we need to create a pet supply and food pantry,” she said. “Our focus at the humane society is to think about the immediate needs of the evacuees and really anybody affected by the fire.”

The need for supplies is so great, shelters can hardly keep things on the shelves, said Mandy McClaine, pet food and supply manager.

The organization also is focusing on the long term.

“When the media goes away and the fire is out and life goes back to normal and kids go back to school, we’re still going to have the occupants of 7,000 homes who have nothing,” Woodcox said, citing a figure that has since risen to nearly 10,000. “I would like to see and hope that our community and beyond our community can support these folks for the next however long it takes.”

To donate to the Butte Humane Society, drop off supplies or have them shipped to 2580 Fair St. in Chico.