Ten settlements were reached. Of those lawsuits, only one was filed in 2020. The rest were filed in previous years. 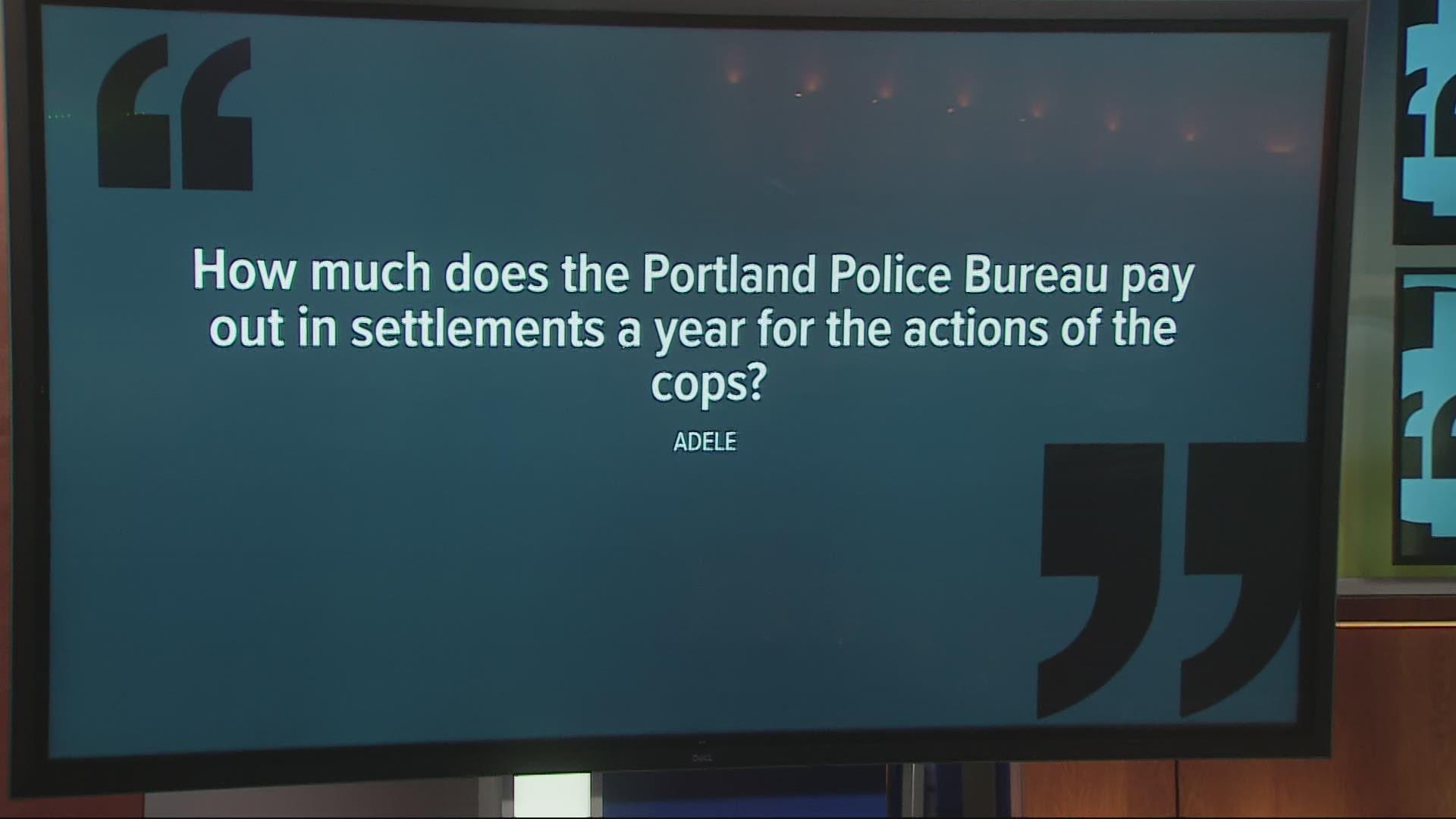 PORTLAND, Ore. — In 2020, the city of Portland paid out $1.14 million in lawsuits filed against the Portland Police Bureau.

Ten settlements were reached. Of those lawsuits, only one was filed in 2020. The other nine were from previous years going back to 2014. Most of the cases had to do with use of force or discrimination claims.

One of the settlements was for $975,000 to the family of Lane Martin, who was shot and killed by police in 2019. His family filed the suit after a grand jury decided not to charge the officer who shot him. Martin’s family alleged in the lawsuit that he was experiencing a mental health crisis and was met with excessive force, OPB reported.

In 2020, 270 tort claims were filed against Portland police with the city’s Risk Management Division. These claims aren’t a lawsuit but more like an intent to sue, and allows the city the chance to settle before going to court.

Police accountability has been a big topic in the last year. Recently, the KGW Investigates team found that Portland is the only big city in the country where police don’t wear body cameras.

The police bureau and union say they want them, but it costs too much. They estimate it would take nearly $3 million to launch a body camera program and then cost $1.8 million a year after that.

RELATED: Mental health should be part of police reform debate, urged family of Salem man shot and killed by police