Gov. Brown on federal officers in Portland for protests: Trump’s troops not the answer

Mayor Ted Wheeler said the actions of a federal officer who fired a crowd control weapon and seriously injured a protester were unacceptable. 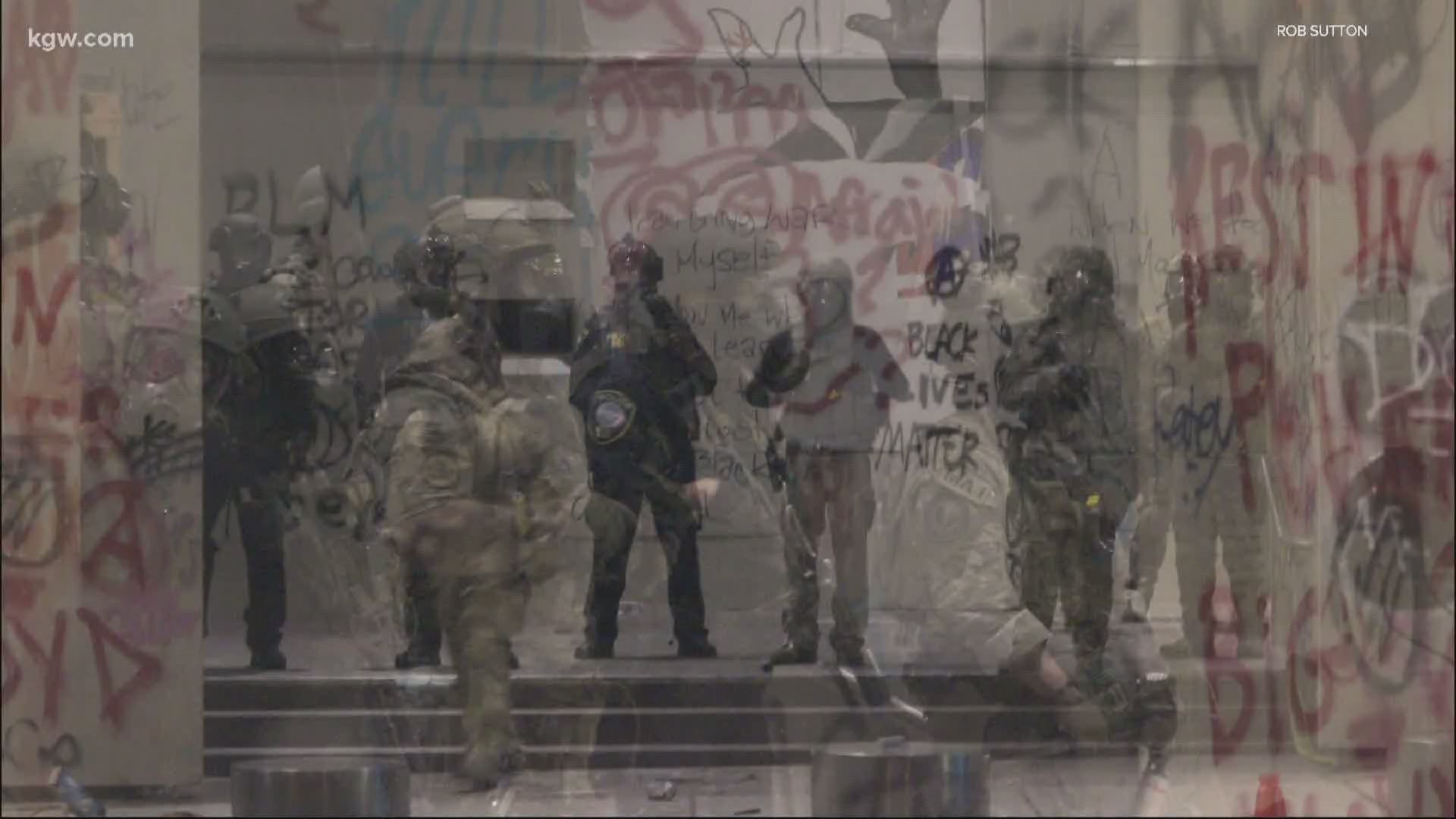 PORTLAND, Ore. — Local and state leaders spoke out Monday about federal forces and their tactics with protesters in Portland after 26-year old Donavan Labella took a less-lethal projectile to the head, fired by a federal officer.

Video on social media from Saturday night shows Labella kicking a smoke or tear gas canister away, then tossing it partway back toward the courthouse. Labella returned to his position across the street, where he lifted a speaker box above his head. That's when he was hit by the device and dropped to the ground, critically injured.

After putting out a written statement last night, Portland Mayor Ted Wheeler said on Monday, “I want to make it very clear so there's no confusion: the serious injuries sustained by Donavan Labella at the hands of a federal officer were unacceptable.”

The mayor said he wants federal troops out, but he doesn't have the authority to make them leave. But Wheeler took heat for first responding to the incident late Sunday, while his colleagues on city council reacted sooner and stronger.

“Well as to whether they're as strong or not, I think that's a judgement call,” said Wheeler. “But I made it crystal clear what happened in Portland the other night should not have happened.”

Nightly protests, mostly peaceful, have been going on in Portland for six weeks following the death of George Floyd. But a small group of protesters are clashing with Portland police, and now federal officers, on a nightly basis.

Oregon Gov. Kate Brown said the street violence, as she called it, has to stop to allow for systemic change to happen.

But she also said, “I don't believe that President Trump ordering troops to the streets in Portland is the solution to the challenges we're facing and I would ask Portlanders to not take the bait.”

The president certainly thinks federal firepower is working, despite the life-threatening injury to a peaceful protester.

“We've done a great job in Portland," Trump said on Monday. "Portland was out of control. They went in and I guess we have many people right now in jail. And we very much quelled it, and if it starts again, we'll quell it again very easily. It's not that hard if you know what you're doing."

“Trump's troops in Portland are definitely not the answer," she said. "As we saw, this only escalates the tension, and we need dialogue and de-escalation."