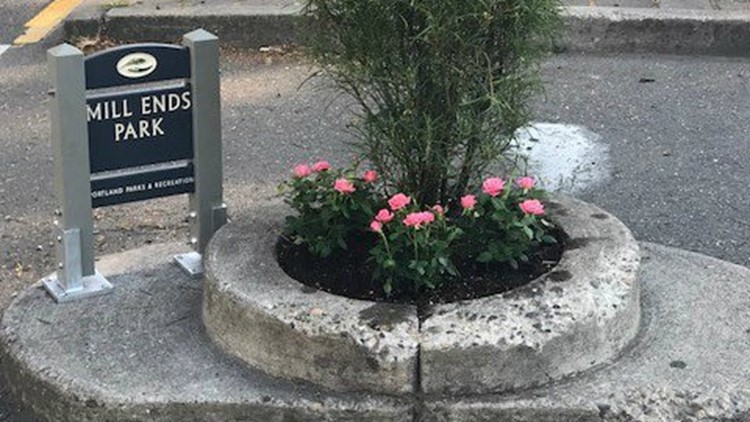 PORTLAND, Ore. – The world’s smallest park now has its very own sign.

The beloved tiny park, once described as the “only leprechaun colony west of Ireland,” can be found in the middle of Southwest Naito Parkway, near Taylor Street.

There have been many small additions to Mill Ends Park over the years, not all of which were welcomed. On April 20, someone planted marijuana in the park. It was removed by the parks department.