'Feels like a lot of people got hope': Portlanders react to Presidential Inauguration

President Joe Biden's inauguration speech drew joy and relief for many, while others don't believe his politics will do enough to meet their demands. 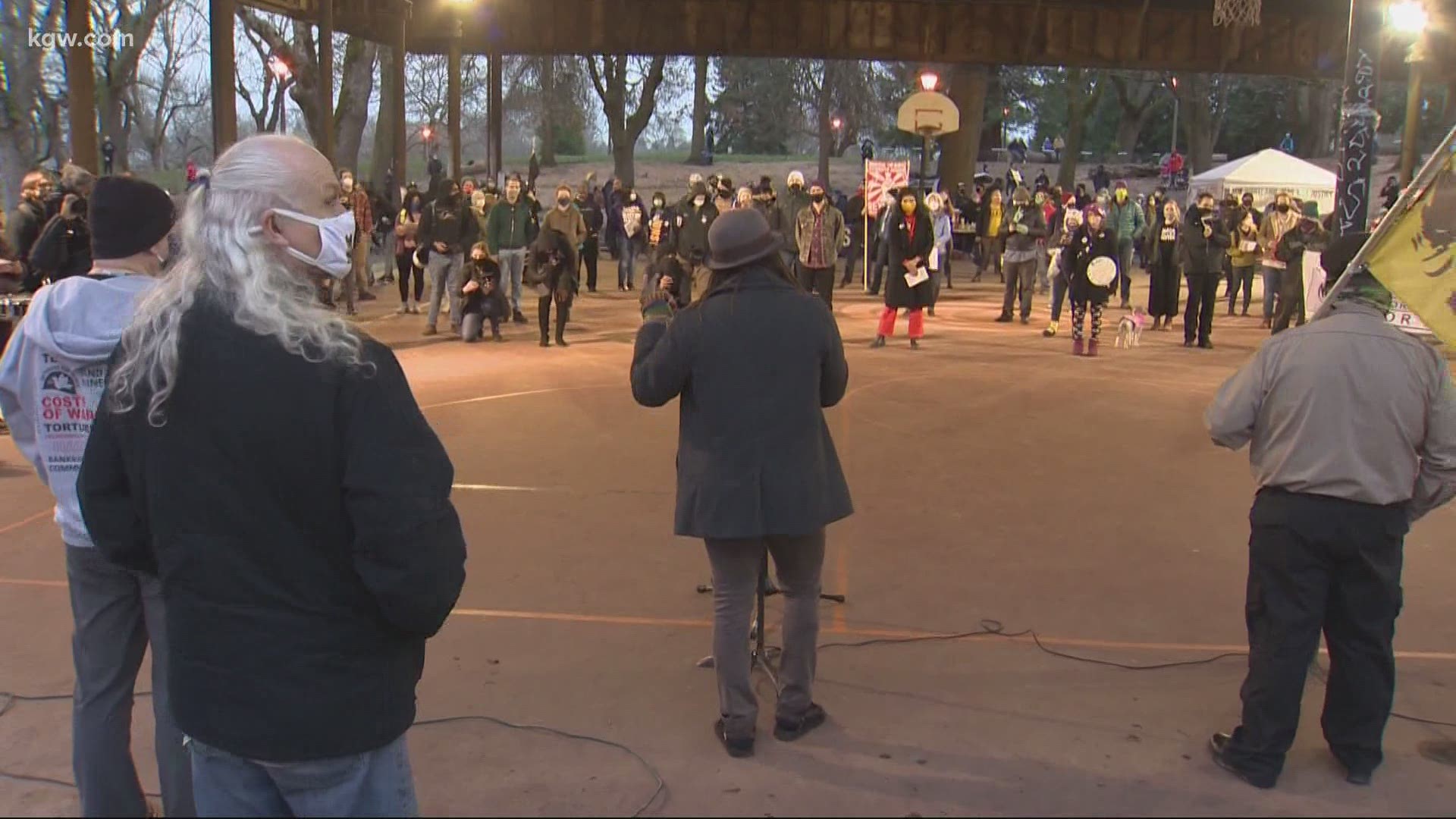 “I, I couldn't stop crying,” said Williams, who said she'd been on an emotional roller coaster for the last four years.

“I'm so happy that our country has finally come to a place where we can finally come together,” said Williams. “Biden's message was right on and I feel like we can move forward.”

Not everyone shared Williams’ enthusiasm for the new administration. Some of them spoke out at Irving Park Wednesday, during the March & Rally to Inaugurate Justice & Defend Black Lives, put on by the Defend Democracy Coalition (DDC).

“I can't say I'm excited for Joe Biden, I don't believe he represents all the needs of the people," said organizer Ray Austin.

Besides holding President Biden and Vice President Kamala Harris to their campaign promises, Austin and others from the DDC shared several demands they're making of the new administration. Those demands include defunding the police, providing healthcare for all and creating a Green New Deal.

“We're celebrating the fact that Donald Trump is leaving office but we're also standing in resistance of the fact that there's so much work that needs to be done,” said Austin. “We can't necessarily count on Joe Biden to do that work.”

However the next four years unfold, many others at the park Wednesday said they have something now that had been missing for too long.

“I'm glad that the new president is in,” added Isaiah Fison. “Hopefully he can make some changes that will better everybody, instead of one side.”