The widespread violence that some feared leading up to Saturday's protests never came to fruition. Wheeler said police are responsible for largely keeping the peace. 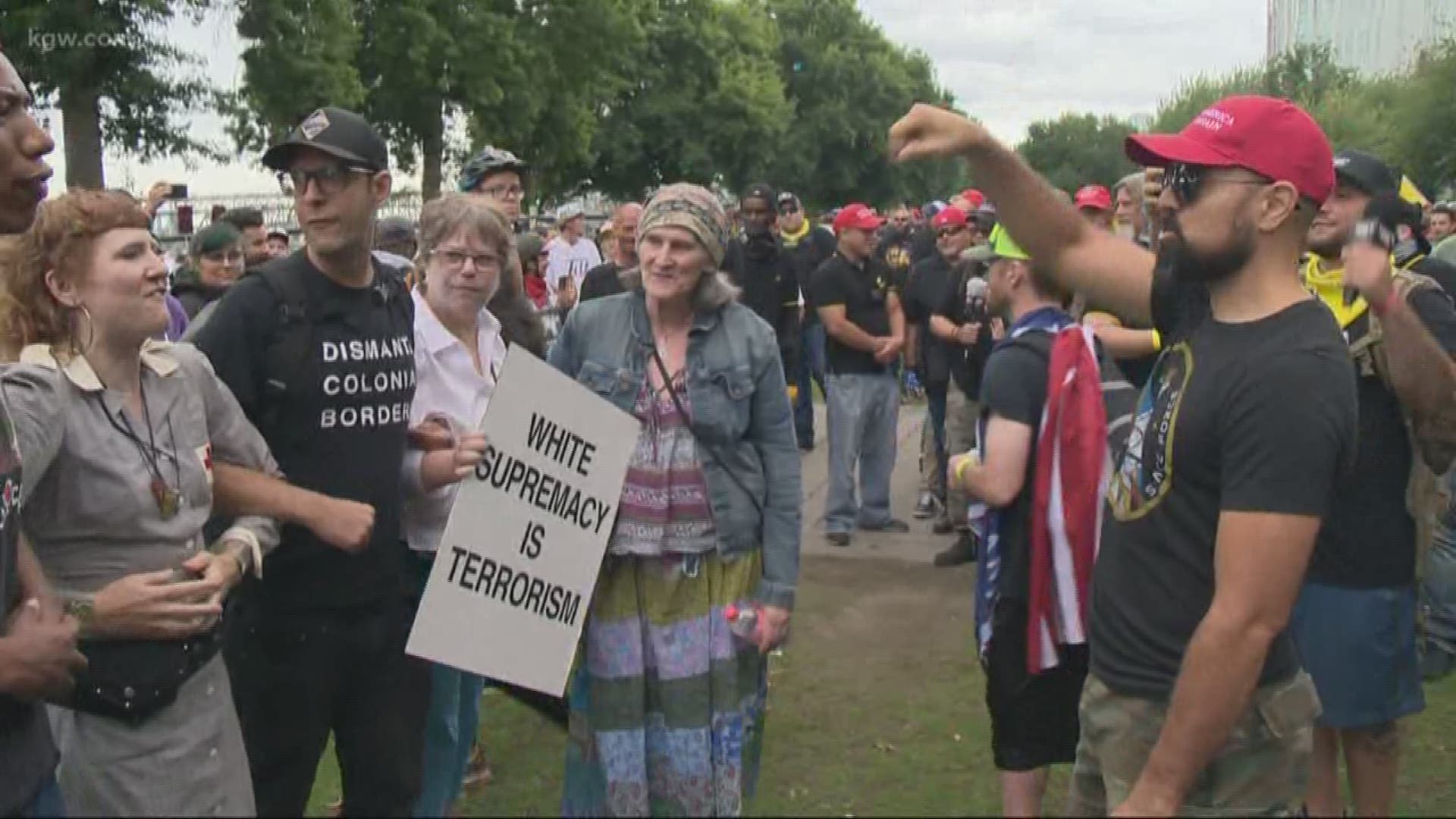 There was weeks of buildup prior to Saturday’s dueling demonstrations. A far-right rally, organized by people from out of state, was planned for 11 a.m. at Tom McCall Waterfront Park in downtown Portland. In response to the rally, which was expected to draw other right-wing groups, a counter protest was organized by Rose City Antifa and other left-wing groups. Portland Police Chief Danielle Outlaw said protesters began showing up at Waterfront Park at 8:30 a.m.

In total, police estimated about 1,200 people showed up to the opposing rallies. Police worked to keep the groups separated and the widespread violence that some feared could happen never occurred.

“Police did an exemplary job of de-escalating the situation, keeping the extremists on both sides separate for the most part, and of limiting interactions between individuals,” Wheeler said.

Outlaw said one example of de-escalation occurred when police decided to let a group of right-wing protesters cross the Hawthorne Bridge to the east side of Portland. The bridge had been closed during the entire rally up to that point, but Outlaw said shortly before noon, the group of protesters told police liaisons they wanted to leave.

Outlaw said the decision to let them cross the bridge was for safety reasons and not a sign of favoritism, as some asserted.

“At that point we determined that it would be in the interest of everyone’s safety to allow them to remove themselves from the area,” she said. “We did not show preferential treatment, but rather facilitated a de-escalation of potential conflict.”

Following the main rally, there were several isolated confrontations as protesters moved through different parts of downtown Portland late into the afternoon.

Police said at least 13 people were arrested and numerous weapons, ranging from knives to chemical spray, were seized.

There were six people who were treated by Portland Fire & Rescue medics during the protests but their injuries were minor, according to police.

“Given the continuing movement and the number of people involved, I am grateful that this was a largely peaceful event,” Wheeler said.

Outlaw also praised officers for their efforts. She said every Portland Police Bureau officer that was available worked on Saturday. The bureau was also supported by several area, state and federal agencies.

“Today was a long and arduous day,” Outlaw said. “I’m proud of the work that was done today, and appreciative of the level of professionalism demonstrated by our officers and partners.”

RELATED: Live updates of the protests

Portland police spokeswoman Lt. Tina Jones said more than 700 law enforcement officials worked during the protests. Wheeler said the city and police prepared for the worst but that did not happen, in part, because of how police responded.

“They were tasked with an extremely difficult job, and performed like the true professionals that they are,” he said.