On September 26, ticket holders will pick up a tray of seven varieties of macaroni and cheese and bake them at home to vote for the best. 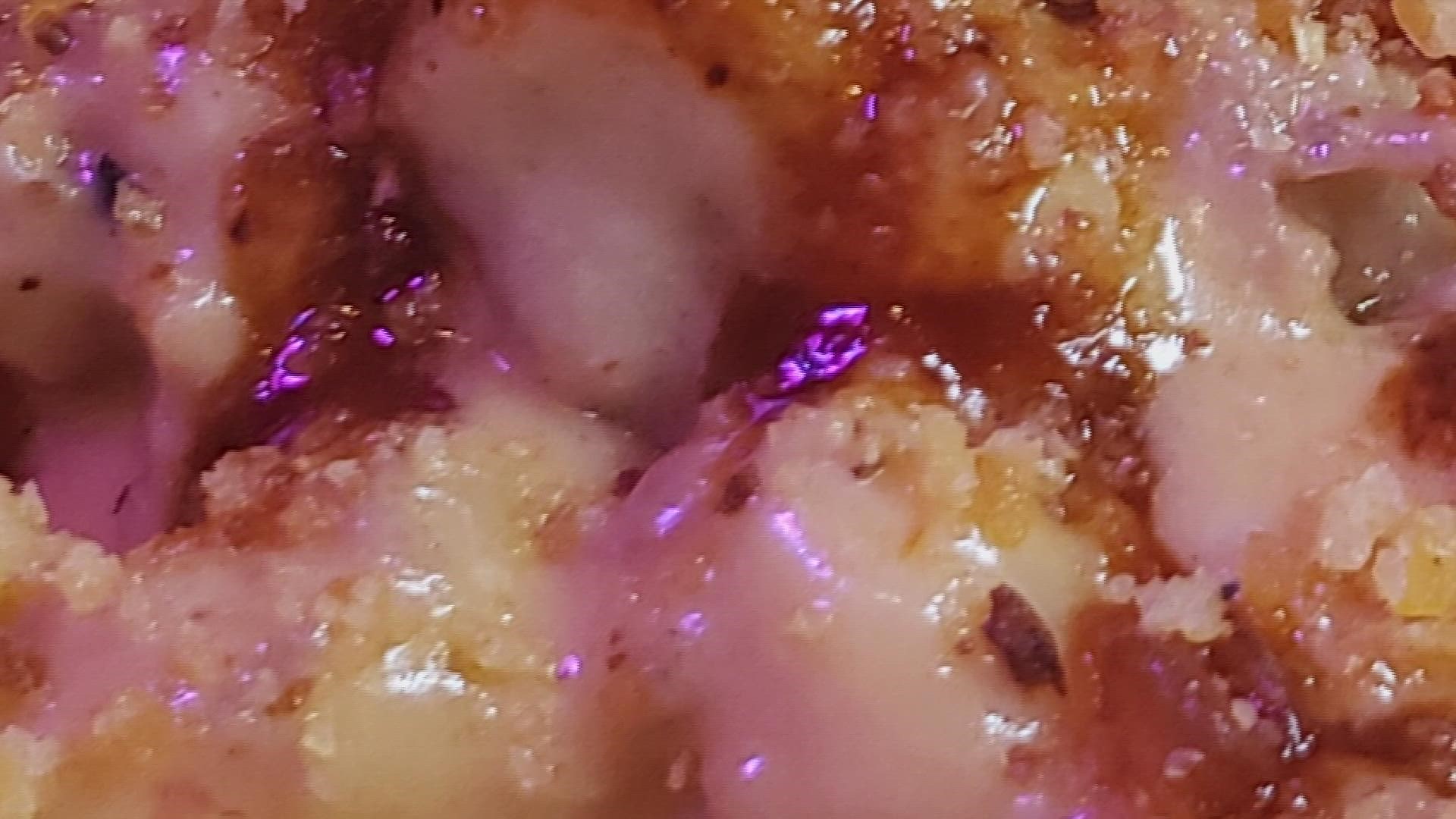 PORTLAND, Oregon — Editor's note: Tickets for this event have now sold out.

As we inch closer to fall, there's nothing better than some ooey-gooey macaroni and cheese to get you feeling cozy. And with Portland's great food scene, there are so many delicious varieties of mac.

The city's third (what normally would be "annual") Mac + Cheese Festival is back, and this time it's gone pandemic-friendly with a "take and bake" format.

"In previous years for the festival, we had all these chefs who would come into an event space and they would all cook their own mac n cheese on site, and then we'd bring all the guests in and they'd go around to each booth and try a sample," said Hayden Walker, director of the festival.

Credit: Nina Mehlhaf
A grouping of all the entrants into the 2019 Portland Mac + Cheese Festival.

This year, seven Portland restaurants will prepare a bowl of their unique variety of macaroni and cheese, each vying for your vote. How's how it'll work: you buy a $30 ticket online, then on September 26 you'll swing by the Melody Event Center on SE Alder Street in Portland and pick up the samples all in one tray, follow directions to bake them at the same temperature for 10-12 minutes at home together. Then you'll go online and vote for your favorite.

The flavors get inventive. In past years, there have been crawfish mac, buffalo jackfruit, duck bacon crumbles, green chile mac, mac on a patty melt, on top of ribs, so much mac....you'll call dibs!

"I think it all comes down to the sauce," said Marcus Oliver, owner of Miss Delta restaurant and three-time entrant into the Portland Mac + Cheese Festival.

"It's super fun to see everybody's different approach and a lot of the people are just doing it based on family recipes."

Marcus' food hails from the Mississippi Delta region of the south. He grew up in Alabama. His parents worked a lot, so Marcus spent a lot of time with his beloved grandmother Velma Louise, who first got him into cooking. Her photo hangs in the restaurant.

"I love really rich, good, hearty, old school recipes like barbecue, jambalaya, po' boys, gumbo." He's so indebted to his grandmother, that her name and a caricature drawing of her is tattooed on his arm.

In 2019, the last year of the festival before the pandemic, Marcus made a blackened alligator mac. Year before that, it was brisket. This time, he's taking it straight off his Miss Delta menu where there's a whole segment called "Trashy Mac": macaroni mixed with things like smoked chicken and pesto, or jambalaya, even gumbo, but this one will be mixed with his homestyle meatloaf.

Their macaroni has four cheeses, including Velveeta, uses really curly macaroni noodles, and this variation is finished with a drizzle of barbecue sauce and crumbles of jalapeno cornbread on the top.

But will it get your vote at the dinner table?

Get your tickets to the Portland Mac + Cheese Festival here.