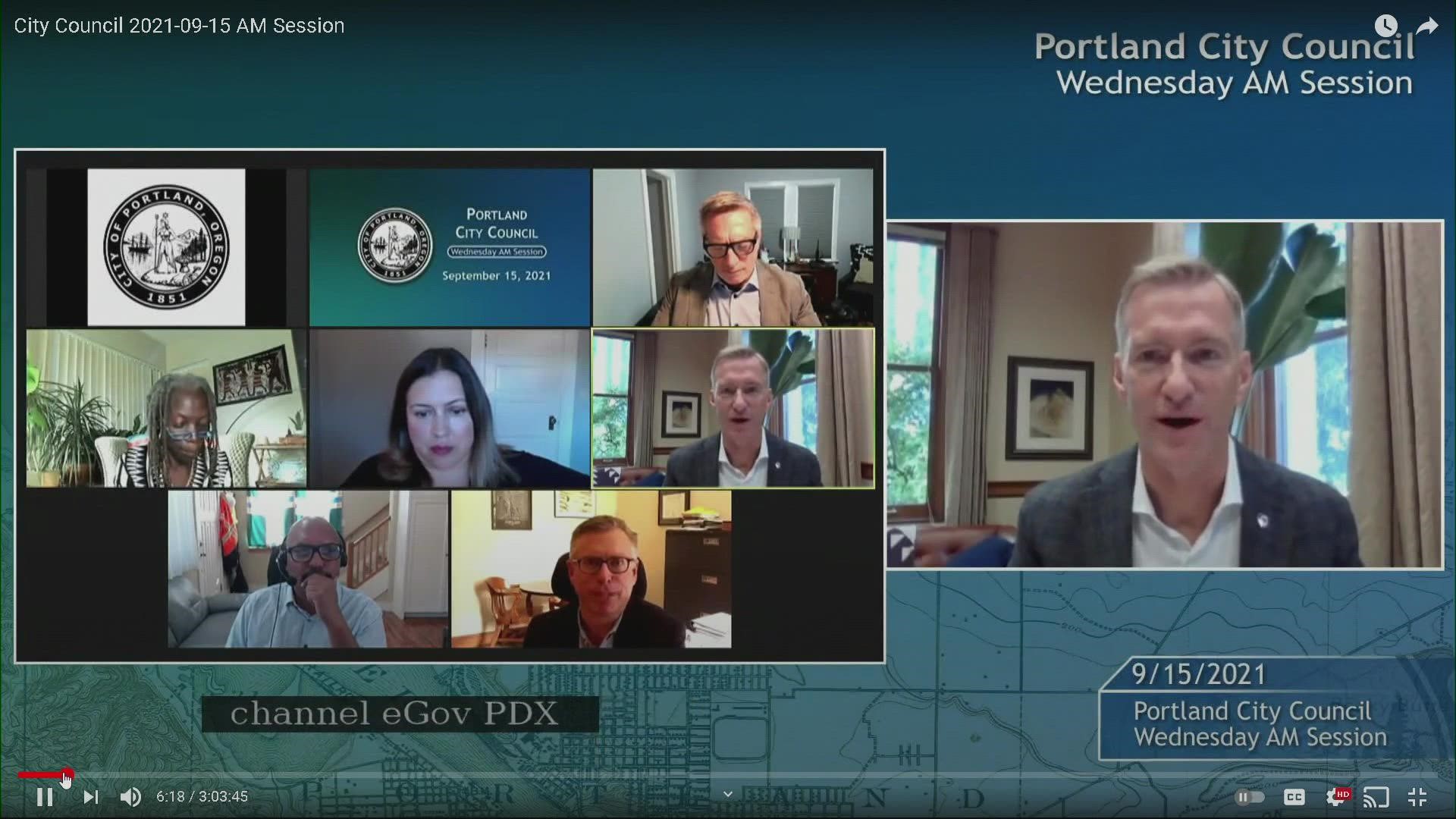 PORTLAND, Ore. — Portland City Council voted 4-1 to donate $200,000 to the Northwest Abortion Access Fund in response to the extreme restriction on abortion rights in Texas on Sept. 15.

The decision to donate to abortion rights comes after a proposed ban on travel and business from Portland to the state was tabled.

The Northwest Abortion Access Fund supports people looking for care in Oregon, Washington, Idaho and Alaska. It helps to fund care for people who might otherwise not be able to afford it. On its Twitter on Wednesday, it thanked Portland’s City Council for “boldly living its values.”

Oregon is the only state in the nation with no legislative restriction on abortions. In fact, the state passed HB 3391 that expressly states that Oregon private health insurance plans have to cover abortions with no out-of-pocket costs. It goes on to address systemic barriers to people trying to receive reproductive health care, like abortions, regardless of gender identity, race or income. It also covers abortion services for immigrants who may not have access to medical assistance due to their immigration status.

Commissioner Jo Ann Hardesty took to Twitter to express her hope that other cities and states would allocate money to support reproductive health as Portland did.

“We can directly correlate this budget allocation to improving people’s lives. I’m so proud that Oregon is a national leader for reproductive rights, and this is a moment in history that requires leadership,” Hardesty said in one of many tweets on the subject. She has been outspoken about reproductive rights and abortion access in the past and she was a board member for Pro-Choice Oregon. Hardesty said she supported the travel ban that was proposed, which would bar business relationships in an official city capacity with the state of Texas and hoped that the action taken against the laws in Texas could go further.

Make no mistake, when the U.S. Supreme Court declined to block this unconstitutional Texas law, this instantly became a threat to comprehensive health care for all those that can give birth.

Almost every year abortion restrictions are brought to the Oregon legislature by anti-choice organizations. We preserve our reproductive rights locally despite that because we don’t take these threats lightly.

Hardesty also pointed out that when a state restricts or bans abortions, it puts a strain on healthcare providers who can provide abortions in other places, like Oregon.

Portland Mayor Ted Wheeler also posted about his support of the donation.

I want to reiterate why we’re getting involved in Texas’ abortion ban: This law impacts everyone. This ban and the Supreme Court’s decision not to block it, threatens the historic precedent that protects the reproductive freedom of people across the nation.

He said on Twitter it was his duty to vote in favor of the resolution to support reproductive healthcare rights.

The abortion ban in Texas applies to all pregnancies after six weeks gestation, a time before many people know they are pregnant. It applies to pregnancies even in cases of rape and incest. Though the Supreme Court did not stop the ban from happening in Texas, the Department of Justice is asking a federal judge to block enforcement of the law. For more information on the ban, you can visit the ACLU of Texas’ website.